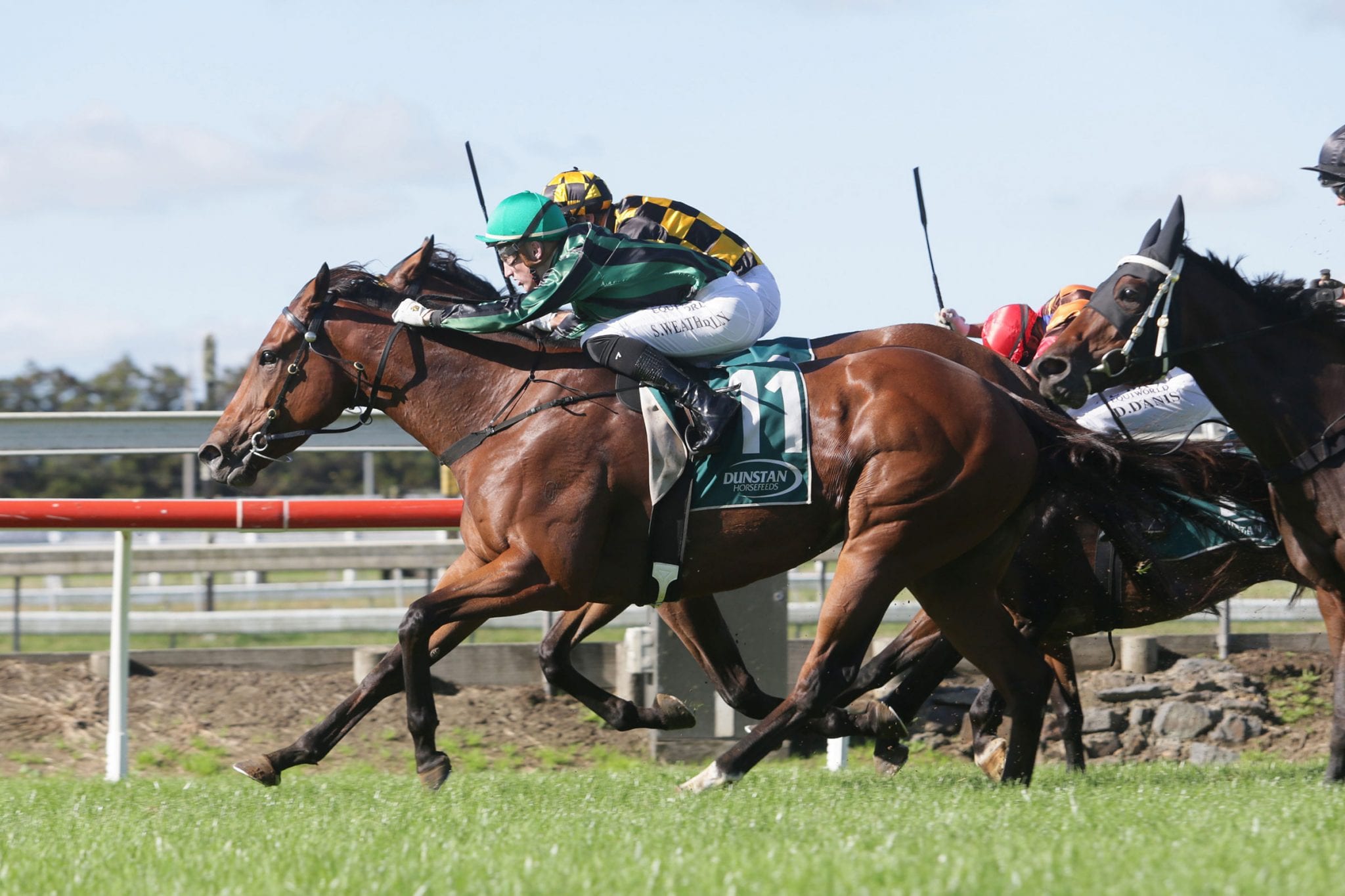 Lightly raced three-year-old Francesca overcame a buffeting in the home straight at Pukekohe on Sunday to register her first career victory.

The daughter of former Haunui Farm shuttle stallion Iffraaj had been off the scene since August last year as trainers Murray Baker and Andrew Forsman gave her plenty of time to grow into her imposing stature.

After finishing fourth on debut behind subsequent stakes winners Miss Aotearoa and Atishu, Francesca had run second behind another smart type in Sheza Jakkal before heading to the spelling paddock for an extended break.

A quiet trial over 950m on the synthetic track at her Cambridge home base last month had her ready for Sunday and she did the business for a multitude of punters who sent her out a dominant +130 favourite for the maiden 1400m contest on a Heavy11 surface.

Rider Sam Weatherley positioned her nicely behind the pace before angling for an inside run at the top of the long Pukekohe straight. Just as a gap opened, second favourite Leave It To Me ducked in sharply forcing Weatherley to take evasive action.

Weatherley gathered Francesca up and she unwound powerfully in the final 150m to stride past Leave It To Me and claim an impressive victory.

“We think she has good ability, but she just needed time to fill out more as she is a very big girl,” Baker said,

“She was quite weak when she made her debut, so the time off has worked in her favour, although she still has plenty of maturing to do.

“We think she will definitely get up to a mile and maybe further, but we will just play it by ear in the meantime.

“We don’t have any targets for her and just want to see her come through the race well before we make any more plans.”

“Quick Thinker got the track conditions he wanted and showed a bit of grit to get home,” Baker said.
“He will head to the Sydney Cup (Group 1, 3200m) next week, along with stablemate The Chosen One and if they keep getting the rain, they will both be nice chances.

“The Chosen One had no luck in the Tancred Stakes (Group 1, 2400m) last time out, when he was trapped wide and he is in good shape for Saturday.

“We’ve got Hugh Bowman booked to ride him while Jason Collett will be on Quick Thinker.

“Aegon got checked twice in the running on Saturday, so you can forget he went around.

“He’s done a good job and is on a plane home tonight (Sunday) and in his paddock tomorrow.

“Frontman just got a bit keen in the Derby, but I thought he still fought on very well.

“He’s still quite green but the trip away will have done him the world of good and I think you will see a good horse during his next campaign.”