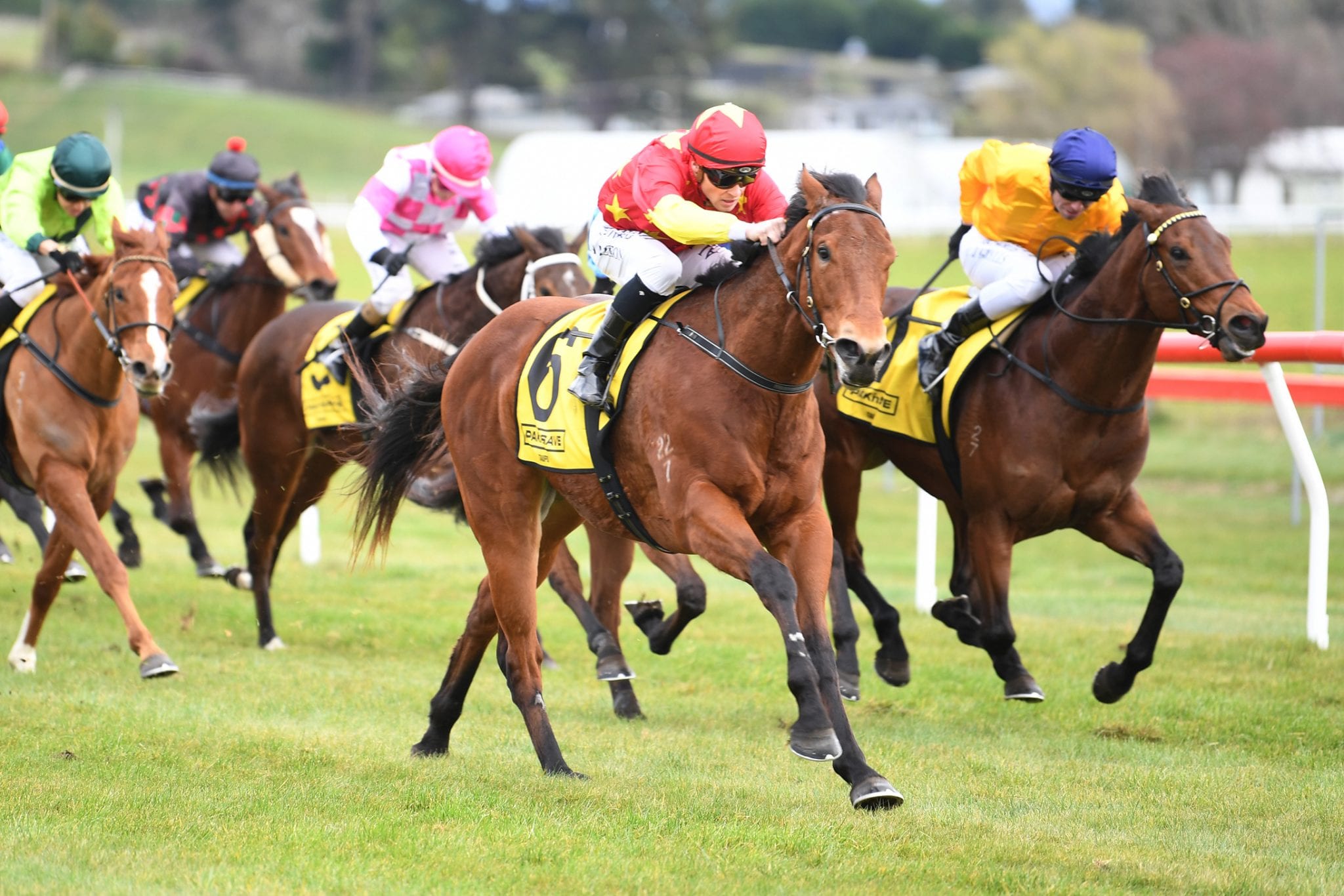 Cambridge trainers Murray Baker and Andrew Forsman have been given a free rein to develop promising three-year-olds Unition and Suffused as they see fit. That was the word from Forsman as he assessed the pair ahead of Saturday’s Group 3 WRC Northland Breeders’ Stakes (1200m) at Te Rapa.

Both Fastnet Rock colt Unition and Choisir colt Suffused race in the colours of global powerhouse owner China Horse Club and have the Group 1 Al Basti Equiworld Dubai New Zealand 2000 Guineas (1600m) at Riccarton on November 7 as their spring targets.

But Forsman said China Horse Club chief operating officer Michael Wallace and his New Zealand representative Michael Smith had given no directives to the stable to keep the pair apart on the way through. “They’ve told us to treat them as individual horses,” Forsman said. “China Horse Club has been great. They’ve said don’t worry about trying to keep them apart. They’ve said do the best by each individual horse and if that means the best for each of them is the same race, then so be it.”

That means safely through Saturday’s 1200m set weights feature, both Unition and Suffused are set to again clash in the Group 2 Dundeel At Arrowfield Hawke’s Bay Guineas (1400m) at Hastings on October 3. However, Baker and Forsman will first want to see bold performances from the highly-regarded pair at Te Rapa.

Unition was a Listed winner at Pukekohe on debut before finishing third in the Group 2 Wakefield Challenge Stakes (1200m) at Trentham last December in his only two starts as a two-year-old, while Suffused was a brilliant debut winner at Taupo last month.

“Unition has got that race experience on his side whereas Suffused is coming off a maiden win when he got a clear run at them down the outside,” Forsman said. “He’s never been in amongst horses so he lacks that real hardened race experience. Unition has had more of a grounding. He ran really well against the older horses in the Group and Listed horses’ trial at Taupo. “It was our intention to ride him off the speed but he always jumps and puts himself right there. Whether he’s at his best over 1200m or 1400m or ultimately he’s going to be better over further, we’ll find out. He might be looking for a mile or 2000m as he matures.

“Suffused probably has a sharper turn of foot so Saturday’s race might be more his go. He still does a fair bit wrong and we’ve put a noseband on for this race to try and stop him over-racing. He got a bit fierce at Taupo, which you can get away with in maiden grade but maybe not in Group company.”

TAB bookmakers opened Suffused as a $5.50 third favourite and Unition as a $7.50 fifth favourite in a market headed by Need I Say More at $3.50. Matthew Cameron will ride Suffused from barrier seven with Jonathan Riddell booked for Unition, who will start from barrier nine. “They are both very promising horses. Unition has showed ability right through and he’ll just keep getting better. Suffused is a naturally brilliant three-year-old.”

Baker and Forsman will produce Aretha in the Group 2 Valachi Downs Foxbridge Plate (1200m) at Te Rapa as they build towards the Group 1 Tarzino Trophy (1400m) at Hastings on September 19 with the Greg McCarthy-bred and owned Charmed Spirit four-year-old mare. “It’s a lovely race to have a go at. She’s a mare who has done everything but win a Group One so we’re working towards that,” Forsman said.

“She’s got a task ahead of her from the outside draw but she’ll jump and go forward. She’ll have a bit of work to do early but she’s a realistic top four prospect and if she can do that, we head towards the Tarzino. “She’s got to measure up as a four-year-old. She’s just got to step up to that next level at weight-for-age but we think she can. It’s just a shame she’s drawn so wide.”

The Baker-Forsman stable has a massive representation of 18 horses accepted for Te Rapa, with Forsman expecting another bold performance from Ladylax in the Allied Security 1400 as she chases a hat-trick of wins. “She’s in very good form,” Forsman said.

Meanwhile, the stable’s Group 1 Melbourne Cup (3200m) hopefuls The Chosen One and Quick Thinker arrived safely at Flemington on Wednesday after a box-to-box 13-hour trip. “They’ve both arrived safely and in good order and they’ll be nominated for the Makybe Diva Stakes (Group 1, 1600m) on Saturday week,” Forsman said.