No slowing Mustang down 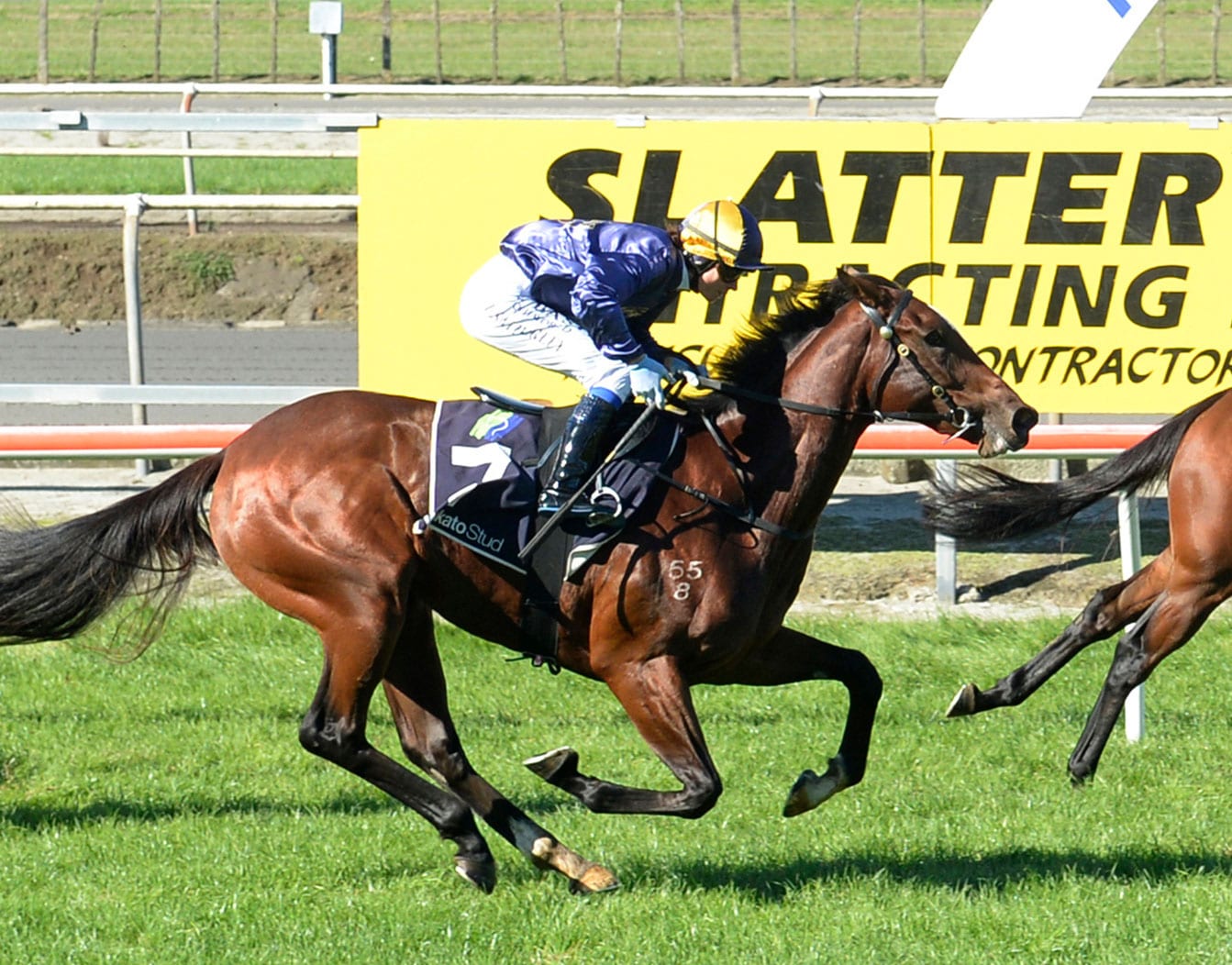 The stable has already sent out impressive back-end two-year-old Turn The Ace to win at stakes level, and there are high hopes for both runners this weekend, who performed admirably at their respective debuts.

Punters have already flagged their interest in two-year-old filly Mustang Valley, supported from +280 into +240 since TAB markets opened and co-trainer Andrew Forsman believes the filly will be suited by the step up in distance after charging home late for second at Matamata over 1200m on debut.

“I think the way she has run her trials and the way she got home on debut, the 1400m definitely looks suitable and that’s probably why we were swayed to going there as opposed to going to Wanganui for the Castletown Stakes (Listed, 1200m) next Saturday,” Forsman said.

“She will need just a little bit of time to find her feet and if she can balance up and hit the line like she did at Matamata, she should be competitive.

“It’s not an overly big field so if she is giving them a bit of a start, I don’t think it’ll be too much of a drama, but she has drawn better than what she did on debut, so I think midfield or thereabouts would be ideal.”

Like Turn The Ace, a son of Windsor Park Stud’s Turn Me Loose, Mustang Valley is a first-crop daughter of Vanbrugh, who also took up stallion duties at Windsor Park in the same year.

The filly sports the colours of Windsor Park Stud and is raced by a syndicate formed by Nominations Manager Nick Hewson, who previously played rugby professionally in Hong Kong, including captaining their national side.

“Nick’s put the syndicate together and it’s a good bunch of guys involved,” Forsman said.

“They’ve had a bit of fun already seeing the ability she’s shown, so it would be nice if we could land a stakes win so early in her career, but the main thing is she has shown us she’s has got a fair bit of ability and looking forward to her maturing and putting it all together on the racetrack.

“It would be a massive result for Windsor Park Stud. Obviously we got the first winner for Turn Me Loose and it would be great to do the same with Vanbrugh.”

Forsman believes Samarkand is better than his +2200 price for the two-year-old feature after running a bold race for fourth on debut in the Listed Champagne Stakes (1600m) behind Lady Maroal and Atullibigeal, who head the market for the Futurity.

“He was first up in a mile on a testing track and I thought he acquitted himself really well. It brought him on,” Forsman said.

“He’s probably the forgotten horse in the race and I think he’s a big improver from that first start.”

A son of another young Windsor Park Stud stallion in Mongolian Khan, Samarkand was hampered and shifted wider when taking evasive action to avoid track staff on the Ellerslie course in a bizarre incident on debut.

“He was definitely inconvenienced and for that to happen at Ellerslie at your first start over a mile and still finish the race like he did, I thought held a lot of merit,” Forsman said.

The trainer believes Samarkand has the potential to develop into a Derby horse next season and he is keen to build the gelding’s career earnings to help ensure he gains a start in the right races.

Meanwhile, Quick Thinker will be the stable’s sole representative at the Queensland Carnival and contests the Group 3 Lord Mayor’s Cup (1800m) at Eagle Farm on Saturday.

“It’s hard to know what to expect off a freshen up and a little bit of a set-back. He is very well and he’s had a couple of trials and he’s in really good form,” Forsman said.

“It’s just going up there on a firm track from a wide draw (13), it will be interesting. He’s obviously got to carry weight (60kg topweight), which he’s a little bit used to by now, but we don’t have great expectations.

“We just want to see him run a good solid race knowing that he’ll improve a heap for it and hopefully press on to the Q22 (Group 2, 2200m) in a fortnight.

“There is decent stake money up in the Q22 ($A1.2 million) and certainly any rain won’t bother him and back to weight for age will suit him.”