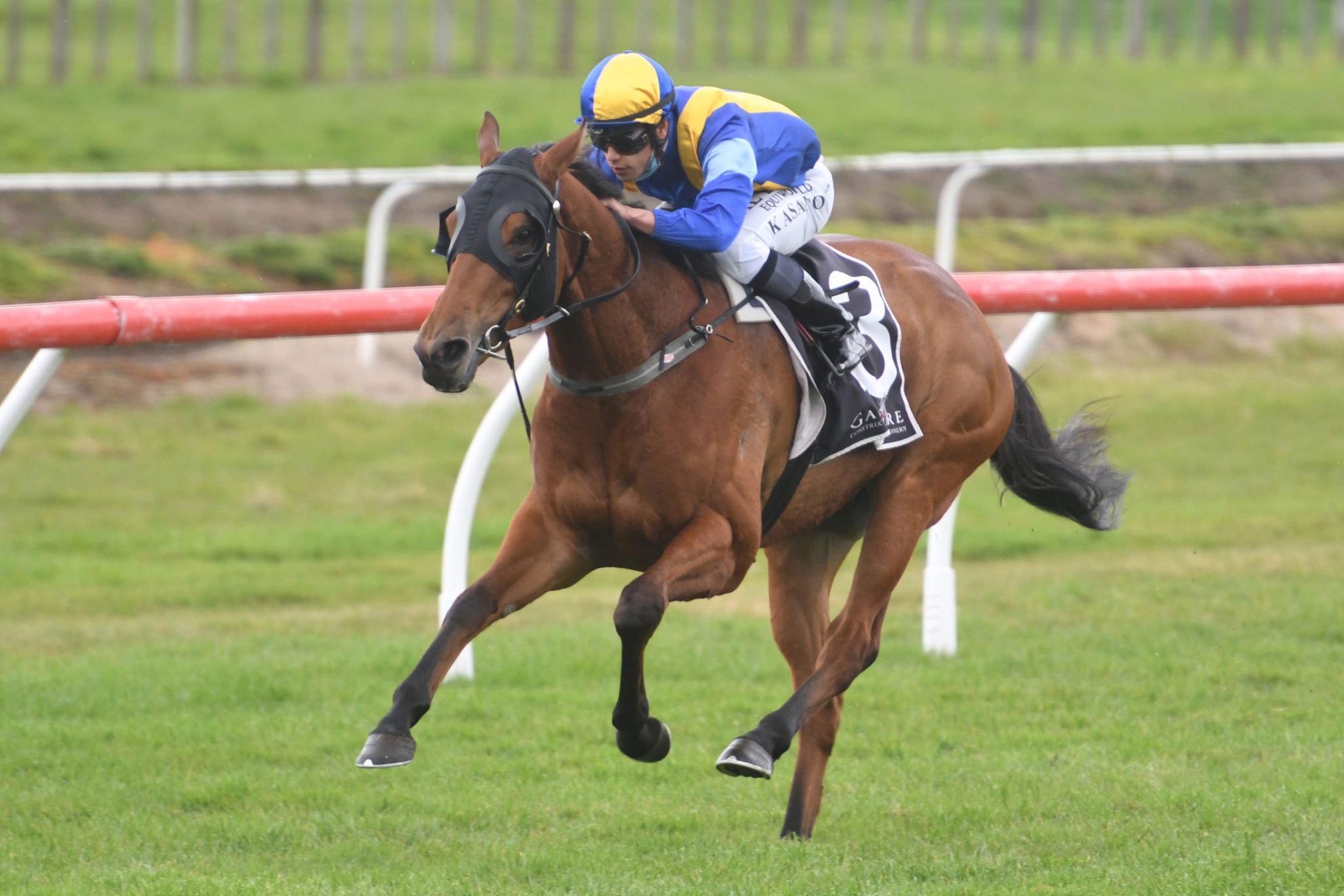 Murray Baker knows he’s got a good three-year-old staying prospect in Samarkand, an outstanding winner at Tauranga on Sunday.

What he doesn’t know is what to do with him next.

Baker, who trains at Cambridge with Andrew Forsman, clearly had a strong opinion of Samarkand from an early stage.

The son of Mongolian Khan ran at Listed level in his first two races as a juvenile, where he finished fourth in the Champagne Stakes (1600m) and fifth in the Auckland Futurity Stakes (1400m), both at Ellerslie last autumn.

He returned at Taupo in early September, finishing second to Only In America over 1400m, prior to his all-the-way victory by nearly eight lengths over 1600m at Tauranga.

Samarkand isn’t nominated for the Group 1 Al Basti Equiworld New Zealand 2000 Guineas (1600m) and is more likely to be seen heading towards the Group 1 New Zealand Derby (2400m) in March next year.

“He’s a three-year-old that wants to go 2000m now, but there aren’t any options for that until January,” Baker said of Samarkand, who is out of the Zabeel mare Shimmy.

“He’ll most likely have a couple more runs in spring but I haven’t decided where he will go next.”

A NZD$26,000 Karaka yearling purchase, Samarkand is named after the city of the same name in the central Asian country of Uzbekistan. His name is a nod to his sire Mongolian Khan as the city was one of many conquered by Mongolian leader Genghis Khan in the 13th century.

Baker and Forsman have two likely candidates for the 2000 Guineas in Meritable and Turn The Ace, with seven youngsters nominated for the Riccarton feature.

Meritable won on debut on the Cambridge Synthetic last week. He is likely to head to the Group 2 Dundeel at Arrowfield Hawke’s Bay Guineas (1400m) at Hastings on Saturday.

Turn The Ace, a Listed winner at two, was slightly disappointing when finishing sixth to Wakari in the Listed Sir Colin Meads Trophy (1200m) when resuming on September 18. He will stay closer to home and head for a 1200m three-year-old race at Te Rapa on Friday.

“He ran alright and didn’t lose any ground in the run home,” Baker said.

“He’ll probably run next in the Herbert Power (Group 2, 2400m) at Caulfield, which he won a couple of years ago, and then it’s on to the Caulfield and Melbourne Cups.”

Another leading stayer from the Baker-Forsman stable, Quick Thinker, will be seeking Group One glory in the Metropolitan Handicap (2400m) at Randwick on Saturday.

“He didn’t get all favours when he came second in the Newcastle Cup last week,” Baker said. “There’s some rain forecast for Sydney this week and that will help him.”

Baker and Forsman will also seek riches in Sydney with Aegon, who is on track for the AUD$7.5 million Golden Eagle (1500m) at Randwick on October 30.

Aegon ran well fresh for fourth in the Group 1 Memsie Stakes (1400m) on August 28 but was brought back to New Zealand after a below-par run in the Group 1 Makybe Diva Stakes (1600m) on September 11.

“He had a short spell when he came back and we’re happy with him,” Baker said. “He runs well fresh and will probably go to the Golden Eagle without another race.”