Mustang Valley on song for Guineas 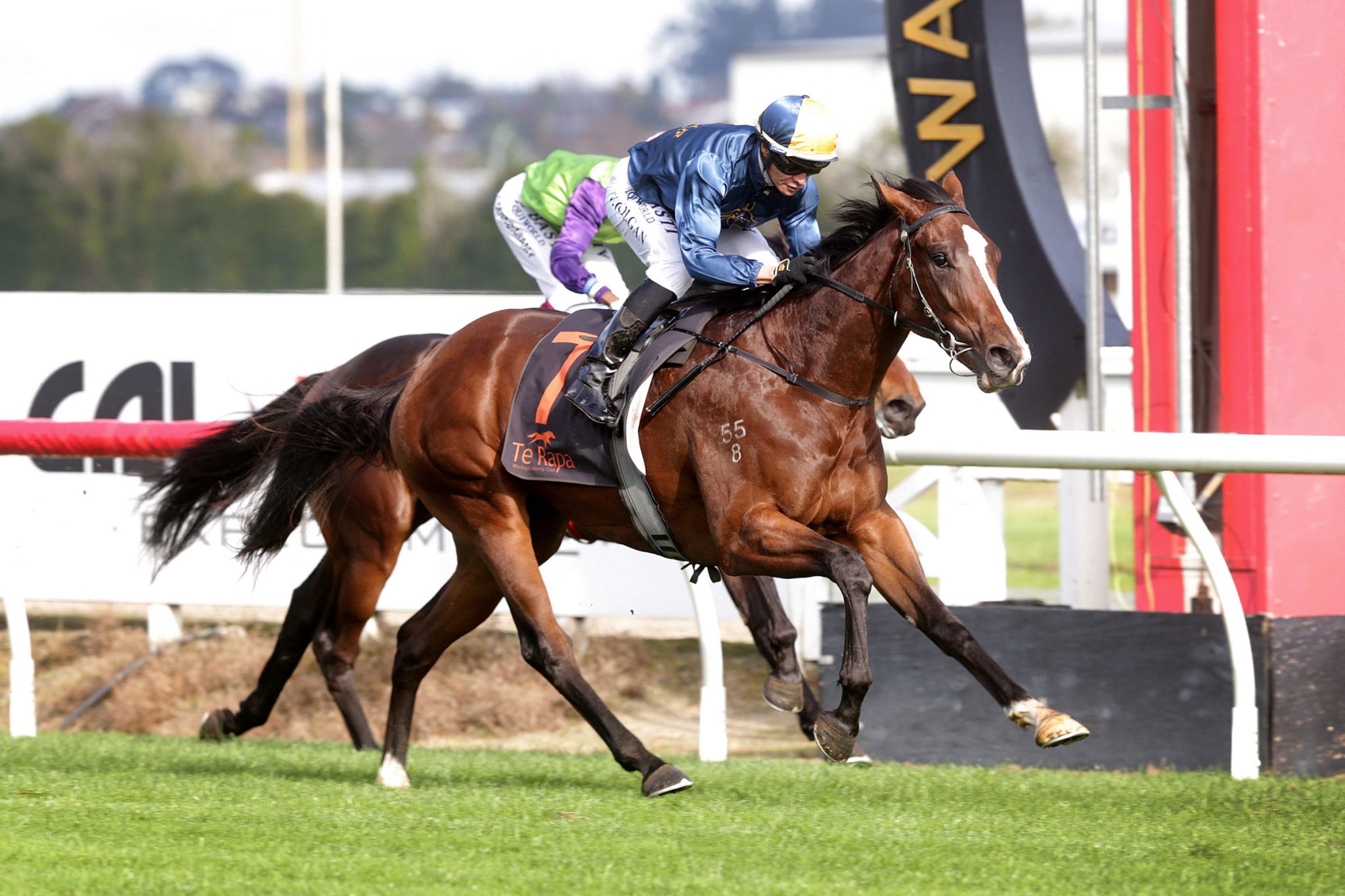 Mustang Valley is at the top of her game for her Group One test at Riccarton on Saturday with connections hoping for a final piece of the puzzle to make the Classic a snug fit for the daughter of Vanbrugh.

The filly is in sound form and expected to relish the step up in trip in the Group 1 Barneswood Farm New Zealand 1000 Guineas (1600m) with the roomy track another major plus.

Trainers Murray Baker and Andrew Forsman are confident of a bold showing from Mustang Valley and any rain in the lead-up to the feature will serve to heighten expectations.

“She will be spot on and ready to go over the mile. A little bit of give in the track would help, she doesn’t need it too bad, but some fire out would be ideal,” Forsman said.

Mustang Valley was a juvenile winner last season and opened her current campaign with a runner-up finish in the Group 3 Gold Trail Stakes (1200m) after an interrupted run.

She again wound up well to finish second in an age group event over 1400 metres at Matamata and returned there to come from the outside stall for fifth in the Group 3 Soliloquy Stakes (1400m).

“It was a good run last time out and she drew a bad gate and got back, it was a pretty firm and fast track that day and the run had a lot of merit,” Forsman said.

Mustang Valley will again be ridden by Vinnie Colgan and will jump from barrier 10 in the 16-horse field. She will be bidding to go one better for the stable following Meritable’s effort for second in last Saturday’s Group 1 New Zealand 2000 Guineas (1600m).

Baker and Forsman also have a genuine black-type prospect closer to home on Saturday with Frontman to bid for consecutive wins on the course when he steps out in the Group 2 Gartshore Tauranga Stakes (1600m).

The Makfi four-year-old was successful for the third time in his 10-start career when he claimed the Listed PRH Transport Trophy (1600m), also at Tauranga, with the entire suited by the vigorous riding of senior jockey Matthew Cameron, who will be in the saddle again on Saturday.

“He was really good and again, a little bit of give in the ground is ideal for him. He doesn’t need it as wet as it was last time and he has trained on really well,” Forsman said.

“We’ll just take it a race at a time, we won’t want to be racing him in the summertime so if we get another run or two out of him that would be great. We’ll put him aside and go again in the autumn.”

Meanwhile, two of the stable’s top performers have returned from Australia with Aegon home after an unplaced run in the AUD$7.5m Golden Eagle (1600m) and The Chosen One was gallant in behind the major players in the Group 1 Melbourne Cup (3200m).

“Aegon is being freshened and he came through the race well. It was a non-event really, he had to go back to last from a wide draw and never got into the race,” said Forsman, who part-owns the gelding.

“The Captain Cook Stakes (Group 1, 1600m) could be an option for him. He hasn’t had a hard campaign and he’s well, he’s a weight-for-age horse.

“The Chosen One is also back and out in the paddock at Milan Park. He ran really well again in the Cup.”

The Chosen One, who is part-owned by Milan Park Principal Tony Rider, finished fourth in the 2020 edition of the Melbourne Cup and followed up with a fifth placing last week to take his career earnings beyond AUD$2.1 million.

He was accompanied to Melbourne by three-year-old stablemates Samarkand and Daario, with the former to continue his career from the Warwick Farm stable of Baker’s son Bjorn, while the latter has been sold to Australian interests.