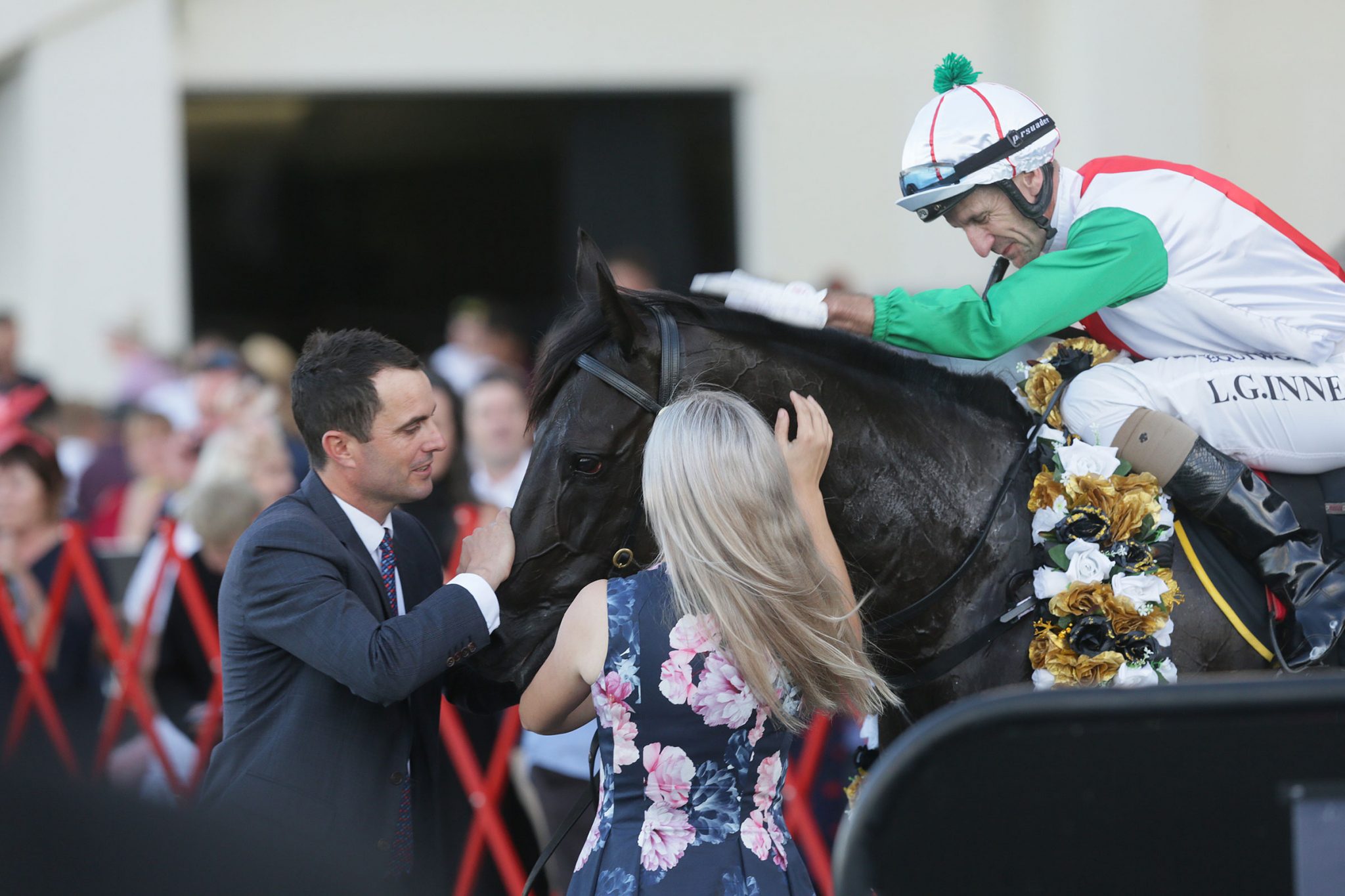 Connections of high-class New Zealand four-year-old Aegon are favouring a start in the AUD$1 million Memsie Stakes (1400m) at Caulfield on Saturday week as the kick-off point for the athletic gelding’s spring campaign.

Andrew Forsman, who prepares Aegon in partnership with Murray Baker, and also shares in the ownership, is confident his charge will measure up as a four-year-old across the Tasman.

“At this stage he is booked on a plane to go to Melbourne and run in the Memsie Stakes (Group 1, 1400m),” Forsman said.

“Obviously, we have got until early next week to make a final call on that but just weighing up the options we feel like it’s worth having a go. At this stage it is the Memsie.”

With only one trial under his belt on a bottomless track at Ellerslie, Forsman said it is somewhat a case of backing his judgment with the naturally fit galloper who was unplaced on the testing surface.

“That is the one thing that does make us a little bit nervous about taking him over and throwing him into Group One weight-for-age-company, but at the end of the day he is either going to kick off there or in the Tarzino Trophy (NZD$220,000 Group 1, 1400m), which would still be a very competitive race against good weight-for-age sprinters anyway,” he said.

“It comes down to prizemoney. If he goes to Memsie and draws well, I feel like he is working well enough that if he runs up to his best, he should be competitive.”

The AUD$7.5 million Golden Eagle (1500m) at Rosehill on October 30 remains a target, and there is a chance Aegon will return to New Zealand after the Caulfield assignment to prepare for the Sydney tilt.

Stablemate Quick Thinker, who is qualified for the Group 1 Caulfield and Melbourne Cups, is set to kick off his spring campaign at Hawkesbury on Thursday in the Listed Rowley Mile (1600m) with Hugh Bowman in the saddle, despite being unlikely to get his favoured rain-affected conditions.

“He will definitely start because we need to get a run into him. His first target is the Metropolitan (Group 1, 2400m) and if we don’t make a start and we do need to run him over a middle distance on a wet track, at least he’s had a hitout,” Forsman said.

“He has been good in his trials, but all of his success and his better runs have been on rain affected ground and we are mindful of that and don’t want to jeopardise the preparation by doing too much on firm ground with him.

“It is just a matter of making a start with him and hopefully all goes well post the race and we can press on and they get a bit of rain in the next few weeks.

“He is qualified in the Cups and we are fairly confident he will run a strong two miles. He is fairly dogged.”

Meanwhile closer to home the Baker-Forsman stable will have a strong hand in the Manning Investments 1300m 3YO maiden at Cambridge on Wednesday, with Samarkand, Daario and Tiger Fire all to commence their three-year-old campaigns in what looks a strong race.

“I think they are all nice staying types of horses,” Forsman said. “Ideally we will see them over further than 1300m on the synthetic. We really want to see them have a day out on what we know is a consistent surface and they all seem to have trialled up well there.

“We are looking forward to getting them racing and then we can make some plans off the back of how they perform tomorrow.”

Comeback jockey Matthew Cameron will partner Tiger Fire who trialled well at Cambridge in preparation for his resumption.

“He has certainly come back a much more mature horse,” Forsman said. “He trialled well here a little while ago. He will get back a bit and if he gets the breaks, he has got a bit of ability.

“Matt has been riding trackwork consistently and seems to be keen and back into it, so hopefully he can get a winner or two and get him underway.”