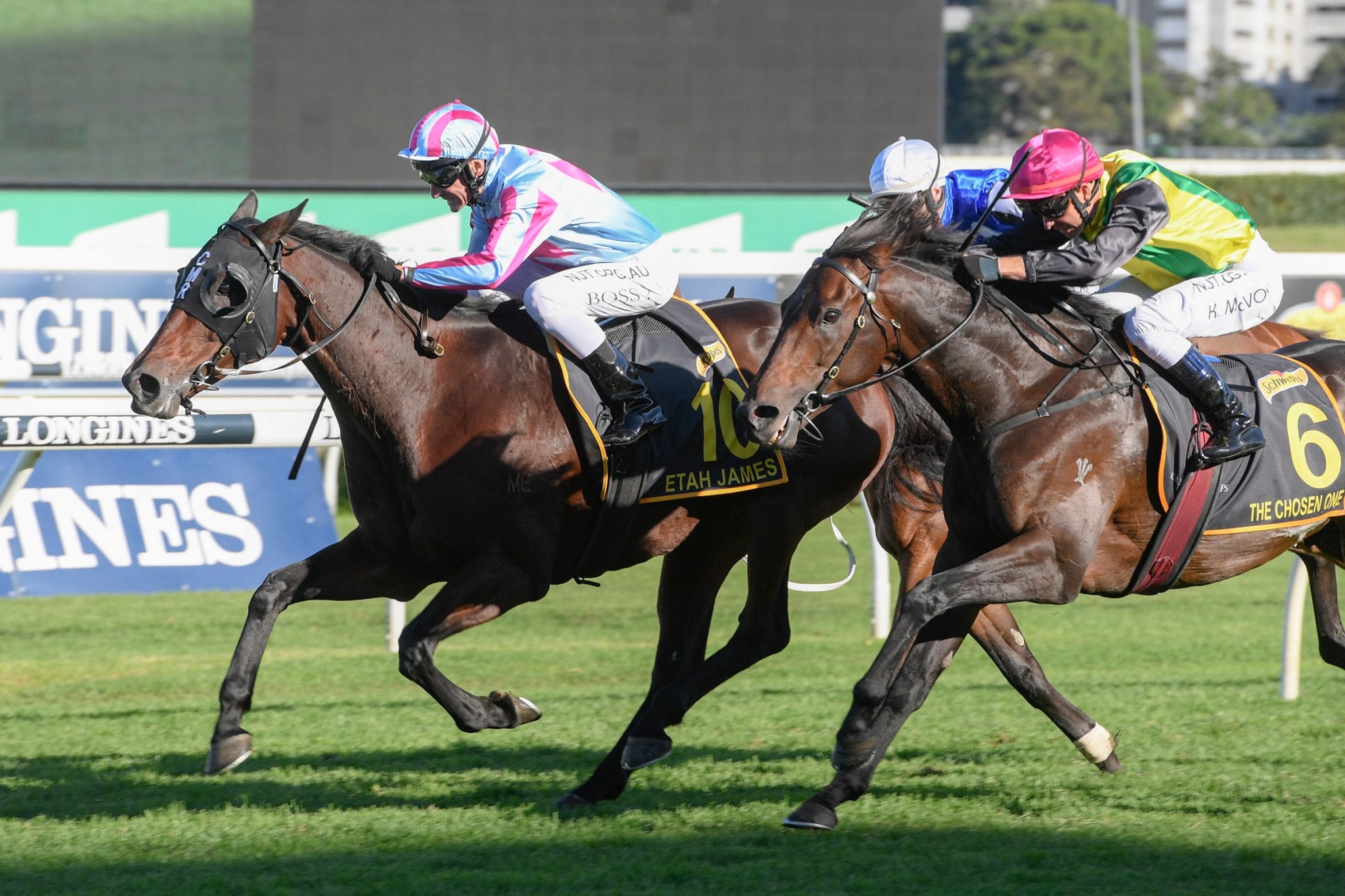 Cambridge trainers Murray Baker and Andrew Forsman are down to just one runner in the Group 1 Sydney Cup (3200m), with five-year-old entire The Chosen One to represent the stable following the withdrawal of stablemate Quick Thinker with a minor setback.

The barrier draw Gods have not played their part for The Chosen One this campaign, with the son of Savabeel remarkably drawing the outside gate in each of his three starts thus far and that theme continued when allocated barrier 16 ahead of Saturday’s two-mile feature.

“He has only had the two starts in Sydney and he was just starting to get going late in the Sky High. He wasn’t far from the winner,” Baker said.

“Last start he drew the outside at weight-for-age and he was three-wide the whole race. You can’t do that in that company.

“I think he will be better getting back to Randwick. He ran second in the race last year and he is as fit as we can get him. We’re happy with him and he is proven at the distance.”

The 108-rated stayer is a +1500 chance to land the A$2 million staying contest and punters can expect jockey Hugh Bowman to ride the 56kg topweight conservatively as The Chosen One attempts to go one better than last year when runner-up to fellow Kiwi Etah James.

“He will be ridden back,” Baker said.

“He has developed a lot in the last 12 months. He has proved himself in Melbourne up to the very best class with his third in the Caulfield Cup (Group 1, 2400m) and fourth in the Melbourne Cup (Group 1, 3200m).”

Baker will look to add a second Sydney Cup to the mantlepiece, having won the race back in 1992 with My Eagle Eye, finished runner-up with Zacada (2018) and The Chosen One (2020) and prepared third placegetters Mr Tipsy (2009) and Harris Tweed (2010).

“New Zealand horses are always a good chance in staying races. Traditionally it is what we have bred for and just look at the Australian Derby (Group 1, 2400m) last week, the first three were all New Zealand bred,” Baker said.

One of The Chosen One’s key rivals will be She’s Ideel, trained by Baker’s son Bjorn and a last start runner up in the Group 1 Tancred Stakes (2400m) and will carry just 50kgs in the Sydney Cup.

“I haven’t talked to him, but on her Tancred run she’s got to be a chance,” Baker snr said.

Baker confirmed that Quick Thinker’s knock to a leg was only a minor setback and the Queensland Winter Carnival would still be an option.

With training partner Andrew Forsman in Sydney to oversee The Chosen One’s Sydney Cup tilt, Baker will be at the helm at Te Rapa, where the Cambridge trainers have nine runners.

Amongst them is two-year-old debutant Turn The Ace in the Waikato Equine Veterinary Centre Stakes Prelude (1100m).

A first crop son of Turn Me Loose, whom Baker and Forsman prepared to win three Group One races, Turn The Ace has won both of his trials to date and takes on two-year-old winners Sophisticardo and Dragon Biscuit in what shapes as a strong field.

“He has won a couple of trials but he has drawn a bit wide (10). He has shown plenty of promise at the trials though,” Baker said.

“Turn Me Loose commenced his career at Te Rapa at about this time of year in his two-year-old season (finished second), so it will be good to see how his first progeny go.”

Of the older horses, Baker rated four-year-old Marroni, who steps out in the last race over a mile, as one of his better chances despite his wide draw in barrier 17.