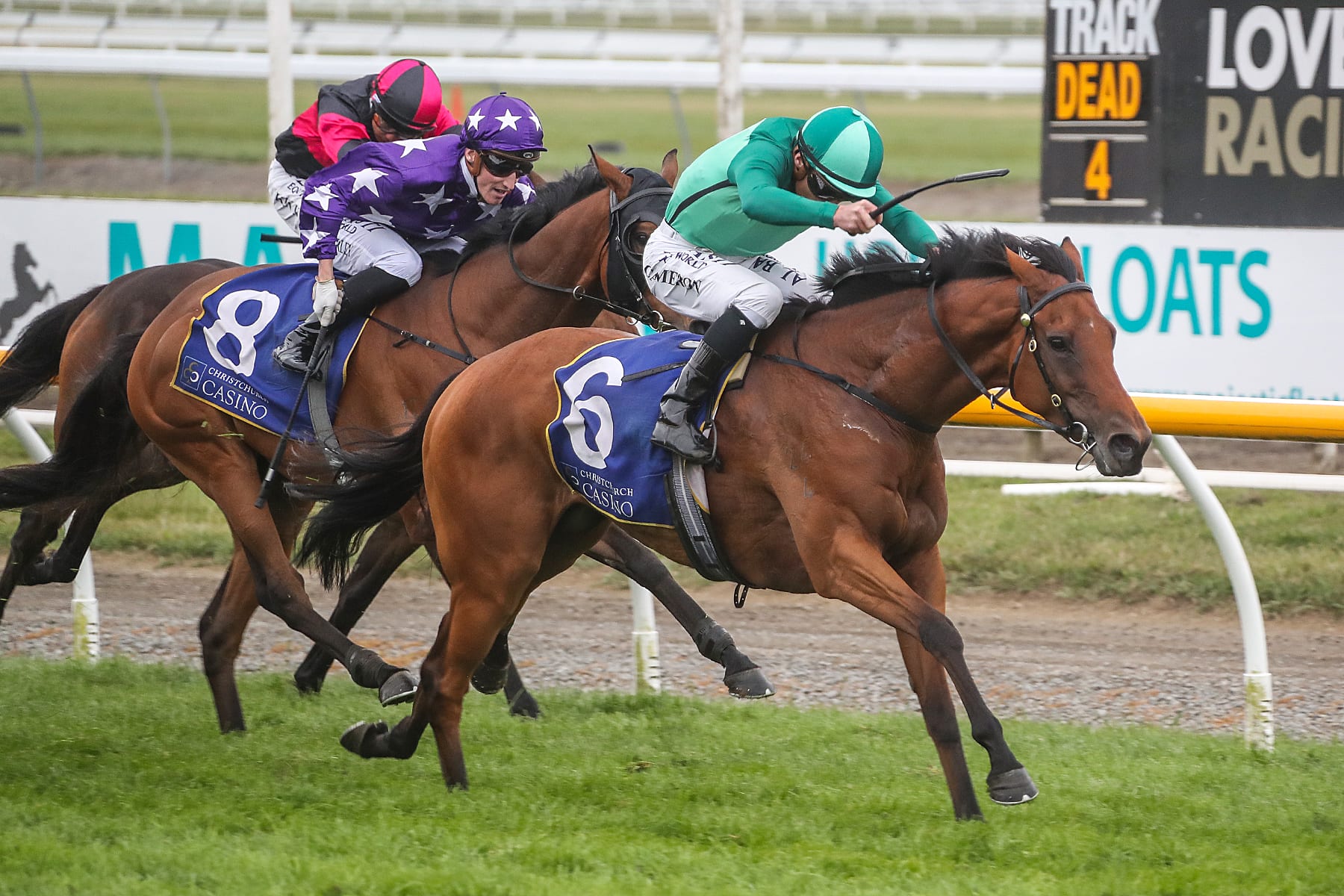 Improving staying mare Robusto will be the sole runner for the in-form Murray Baker and Andrew Forsman team at Riccarton this weekend, when she contests the Group 3 Christchurch Casino New Zealand Cup (3200m).

The daughter of Zed was a comfortable winner of the Listed Metropolitan Trophy (2500m) last Saturday and her trainers see no reason why she can’t repeat the dose this weekend. “All she has to do is back up and reproduce that performance a week later,” Forsman said.

“She seems bright and well and in great order. It is just whether she can back up and again the difference between 2500m and 3200m is always an unknown. “If she runs to the form she showed last Saturday she will be very hard to beat. “She has drawn a middle barrier (12) again so it will be similar tactics, work forward, put yourself right there and let the others chase you.”

The six-year-old mare has been a model of consistency, winning six of her 23 starts and placed on 12 occasions but stretches to two miles for the first time and is rated a $6 third favourite behind The Good Fight ($4.80) and Lincoln King ($4.80).

Bred and Raced by John, Mark and Rachel Carter of Jomara Bloodstock, Robusto is by popular staying sire Zed and is a full sister to their stakes-placed stayer Bobby Dee. While all has gone to plan for Robusto, the Cambridge trainers were forced to scratch their Group 1 Barneswood Farm New Zealand 1000 Guineas (1600m) hope Sweet Anna with a minor foot issue which prevented her from travelling on Thursday morning.

Meanwhile, the stable are hoping to see Group 1 winner True Enough bounce back to his best at Tauranga on Saturday in the Group 2 Gartshore Tauranga Stakes (1600m) after a disappointing performance when finishing last at Hastings fresh-up. “We didn’t know what to make of that performance, it was obviously pretty disappointing but we couldn’t fault him post-race and he was worked well since,” Forsman said.

“We are hoping up to a mile he can put himself up on pace where he seems to enjoy racing a bit better and back to a better track is what we are hoping for. “At Hastings the track was a bit off and we were hoping that was our main excuse for a poor performance from such a consistent horse and it is a bit of a worry how the track will come up on Saturday (currently Slow9). “It looks like it is an improving track. The weather looks good from here on in.”

A proven weight-for-age performer, True Enough, a $6 chance, is rated 10 points superior to his nearest rival and at his best he looks to have the field covered. “It is the perfect race so we just have to hope the track comes back to a reasonable spot for him and he can show his best.”