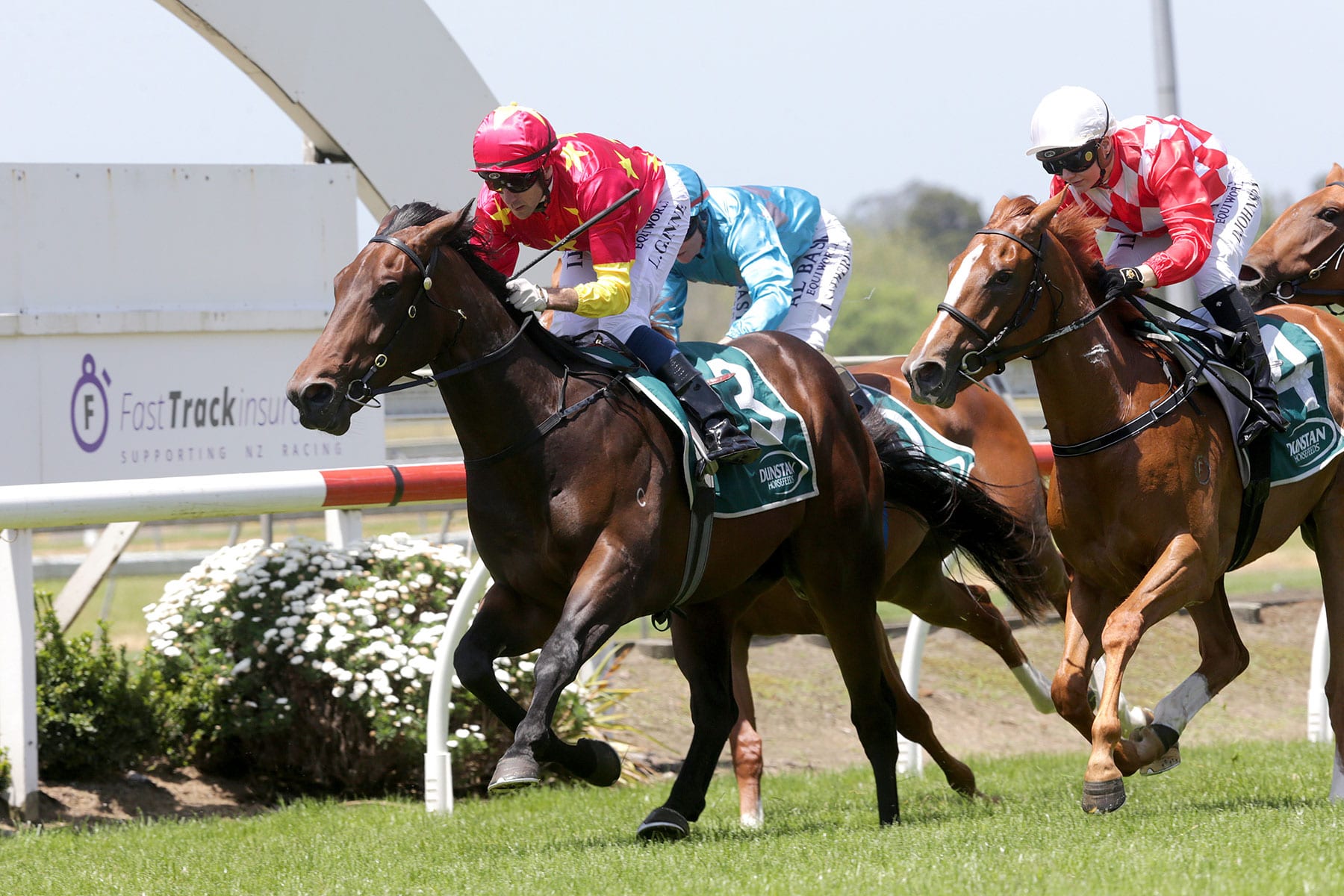 Murray Baker and Andrew Forsman will be hoping 10 is their lucky number this weekend. The Cambridge training partnership have drawn the outside gate with Unition and True Enough in their respective 10-horse stakes fields at Trentham on Saturday and they believe they will need every ounce of luck they can get with those gates.

Promising juvenile Unition will line-up in the Group 2 Platinum Homes Taranaki Wakefield Challenge Stakes (1100m) and he will be vying to maintain his winning record after taking out the Listed 2YO Stakes (1100m) at Counties on debut last month. “It was a good effort. The margin wasn’t over-flattering and there were a couple of unlucky runners in behind him, but he got the job done,” Forsman said. “He is a horse who is going to improve with racing. He is still figuring it out in a lot of respects. “He has been really good since his last start. He is a very good doing colt who thrives on his work, so it hasn’t worried him at all.”

While pleased with the China Horse Club-owned colt, Forsman is cautious about his outside barrier. “It does make it a little bit awkward down the chute at Trentham,” he said. “Drawing the outside, there will be nine horses kicking-up inside of him, which is not easy. “But it’s a Group 2, he is fit and well, so we will have a crack and hopefully he gets a bit of luck.”

An Australian venture with the well-bred son of Fastnet Rock is in the offing, but Forsman believes that will likely be as a three-year-old rather than a juvenile. “Australia is a possibility, perhaps more so as a three-year-old,” he said. “It is not easy to go over there and compete against their better two-year-olds. He has got a lot of maturing and growing to do yet. “We will just take it one race at a time with him, there are no great plans with him at this stage.”

Last start Group 2 Coupland’s Bakeries Mile (1600m) winner True Enough will likely push forward from the draw in the Group 1 Rydges Wellington Captain Cook Stakes (1600m). “He has trained on really well, but he too has an awkward barrier,” Forsman said. “He is probably going to have to press forward and race on the pace, which at Trentham is not easy to do – to lead them up or even sit up on the pace. “He could be left in front a fair way out, but he has trained on well and he has got to prove that he is up to these weight-for-age horses.”

True Enough takes some solid form into Saturday, winning the Group 3 Red Badge Spring Sprint (1400m) first-up this preparation in October. He then ran third over a mile at Te Rapa before going onto win the Coupland’s Mile. “He should arguably be unbeaten this prep. He has got a very good record and he is a good genuine horse,” Forsman said.

Saturday’s performance will dictate the remainder of True Enough’s summer targets, with the Group 1 Cambridge Stud Zabeel Classic (2000m) earmarked as his next possible assignment. “We would like to keep the option of running him in the Zabeel Classic,” Forsman said. “It would be his first run over a middle-distance, but if he runs out a strong mile at Trentham, it is definitely a race we would like to consider.”

Meanwhile, further north on Saturday, the stable will be represented by Rhaegar in the Group 3 Mitchell Family Bonecrusher Stakes (1400m) at Ellerslie. The son of Pluck resumed in a 1000m trial at Te Aoha on Tuesday, in which he finished second, after an unsuccessful three start spring campaign in Sydney. “It (Australian campaign) was disappointing,” Forsman said. “His first-up run on a wet track was good (finishing fourth in the Group 3 Ming Dynasty Quality, 1400m), but the second two he just got racing a little bit keen once he got over ground and a month between runs going into that 1800m (Group 3 Gloaming Stakes) didn’t do him any favours.

“He just had a short break after Sydney and he will be an improver for the run, but we wanted to get him going and it looks an ideal race to get him started. “He had a hit-out at the trials. He is probably going to be a run short, but it is only an eight horse field.”

Forsman said he is hoping they will find out this preparation what his ideal distance is. “Potentially he is not going to run past a mile. He might be better kept to 1400m and a mile. “That’s the purpose of this prep. To see where we are at. We just tried to make a stayer of him and that might not be his go.”