Rhaegar To Get Back To Form At Home In NZ 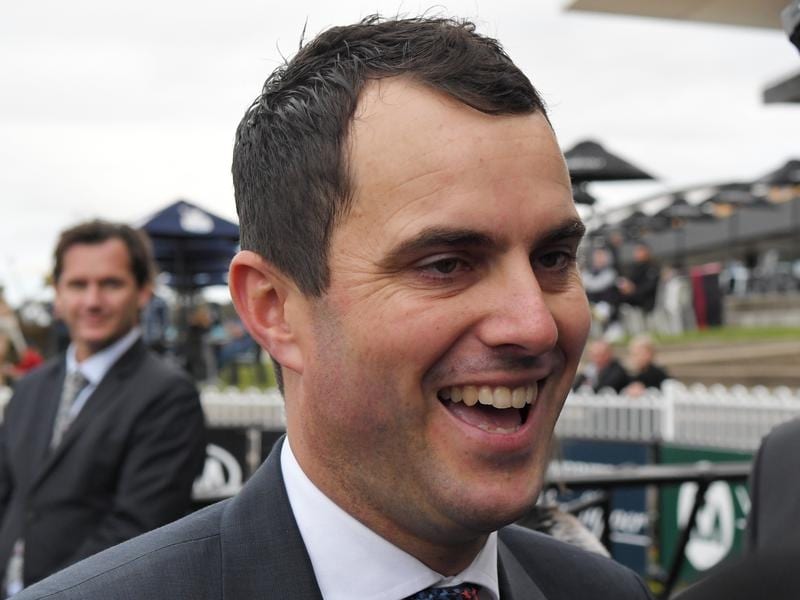 Premier New Zealand trainers Murray Baker and Andrew Forsman have put Rhaegar’s disappointing Sydney campaign behind them and are hoping he can live up to expectations at home over the summer.

The three-year-old runs in Saturday’s Group Three Bonecrusher Stakes (1400m) at Ellerslie after a pleasing second in a barrier trial.

Rhaegar ran fourth in the Ming Dynasty Quality (1400m) won by his stablemate Quick Thinker at Rosehill on August 31 to bolster confidence he could be a spring player.

But he failed over 1800m in the Gloaming Stakes and 2000m in the Group One Spring Champion on October 12.

“His first-up run on a wet track was good but the second two he just got racing a little bit keen once he got over ground and a month between runs going into the Gloaming didn’t do him any favours.

“He just had a short break after Sydney and he will be an improver for the run but we wanted to get him going and it looks an ideal race to get him started.”

Forsman said he hoped to determine the gelding’s best distance this preparation.

“Potentially he is not going to run past a mile. He might be better kept to 1400 metres and a mile.

“That’s the purpose of this prep. To see where we are at. We just tried to make a stayer of him and that might not be his go.”

The training partnership has drawn the outside gate with Unition and True Enough in their respective 10-horse stakes fields at Trentham on Saturday.

“It was a good effort,” Forsman said.

“He is a horse who is going to improve with racing. He is still figuring it out in a lot of respects.

“It does make it a little bit awkward down the chute at Trentham,” he said.

“But it’s a Group Two. He is fit and well so we will have a crack and hopefully he gets a bit of luck.”

While Baker and Frosman are well known for bringing horses to Australia, Unition will likely stay at home until his three-year-old season.

“Australia is a possibility, perhaps more so as a three-year-old,” Forsman said.

“It is not easy to go over there and compete against their better two-year-olds. He has got a lot of maturing and growing to do yet.”