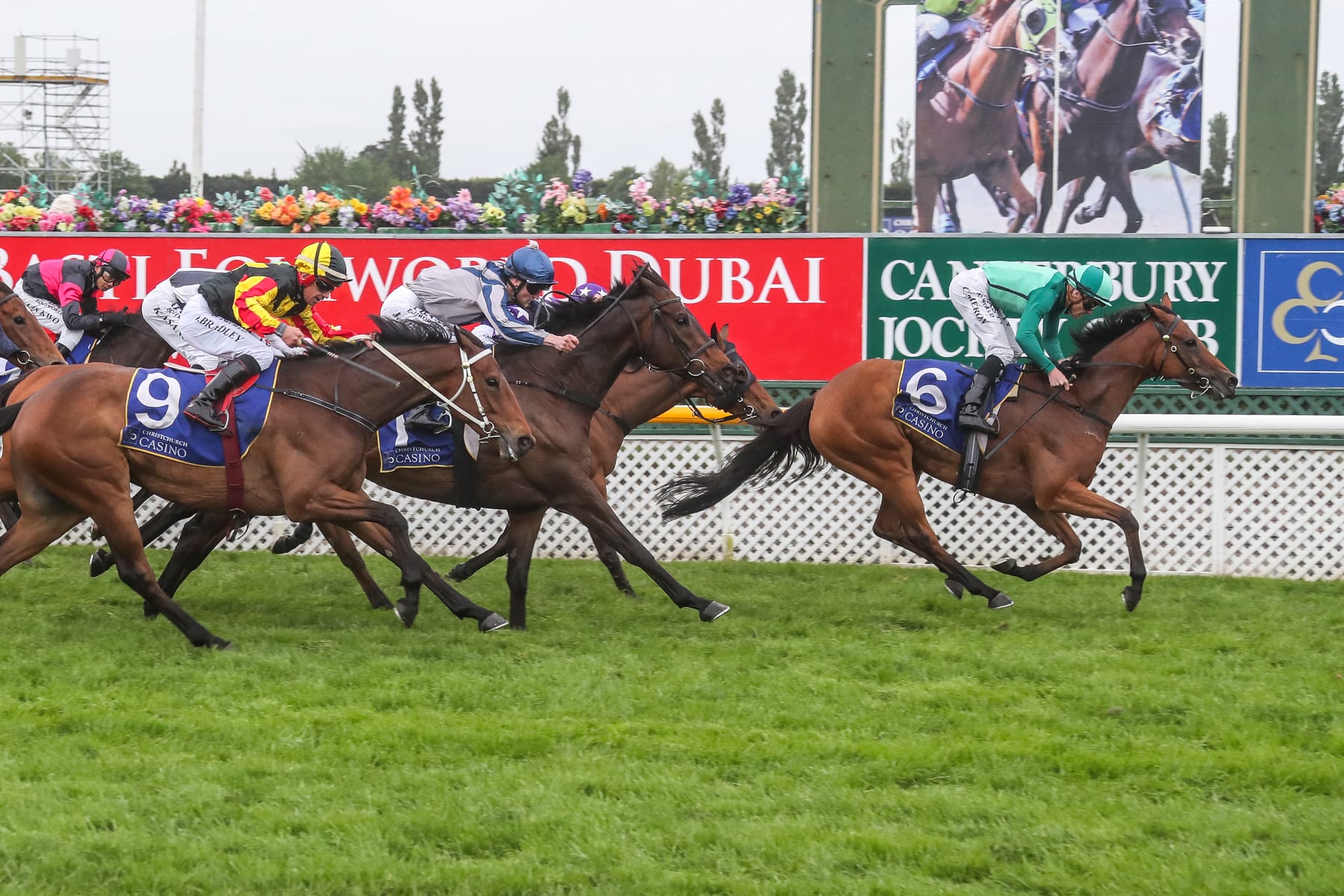 In-form stayer Robusto underlined her chances for next week’s Group 3 Christchurch Casino New Zealand Cup (3200m) when she proved too good for her rivals in the Listed Nautical Boat Insurance Metropolitan Trophy (2500m), the traditional lead-up event to the two-mile carnival feature.

Just ninety minutes after trainers Murray Baker and Andrew Forsman collected the trophy for the feature event on the programme, the Group 1 Al Basti Equiworld Dubai New Zealand 2000 Guineas (1600m), with unbeaten there-year-old Aegon, they were back in the winner’s enclosure with the Zed six-year-old.

Despite boasting some impressive form that included two wins from her last four starts, punters let the northern visitor under their guard, starting at double figure odds ($10) with rider Matt Cameron aboard.

Cameron made light work of a tricky barrier draw, having Robusto neatly placed in behind the pace throughout, before taking control of the race outside the speed with 1200m to run. Cameron gave the mare her head at the top of the long Riccarton straight and she showed plenty of fight to comfortably repel the challenges of topweight Who Dares Wins and fellow Cambridge raiders The Good Fight and Lincoln Raider to win by a neat length.

“It was a different kettle of fish for her today as it was a big field of promising stayers on a big roomy track,” Andrew Forsman said. “She did it really well, was strong through the line and I thought she looked the winner a long way out. “She will back-up in the New Zealand Cup now as she is a good doer and has really matured in this preparation.

“Just the way she handled herself today, she was really relaxed and is turning into a real racehorse. “She’s a stakes winner now and a very valuable breeding proposition.”

Robusto is raced by her breeders, John, Mark and Rachel Carter, under their Jomara Bloodstock banner and is the older sister of Group 2 Championship Stakes (2100m) placegetter Bobby Dee, who now races out of the Bjorn Baker stable in Sydney.

The win continues the fine run of form for stayers by Zed, a stallion in whom the Carters own equity, having raced the son of Zabeel from Murray Baker’s yard.

TAB Bookmakers have installed Robusto as the $6 equal second favourite in their Fixed Odds book for the New Zealand Cup behind favourite The Good Fight ($5).

The Baker and Forsman team also enjoyed a successful day closer to home with handy mare Pearlescence scoring over 2100m at Te Rapa.