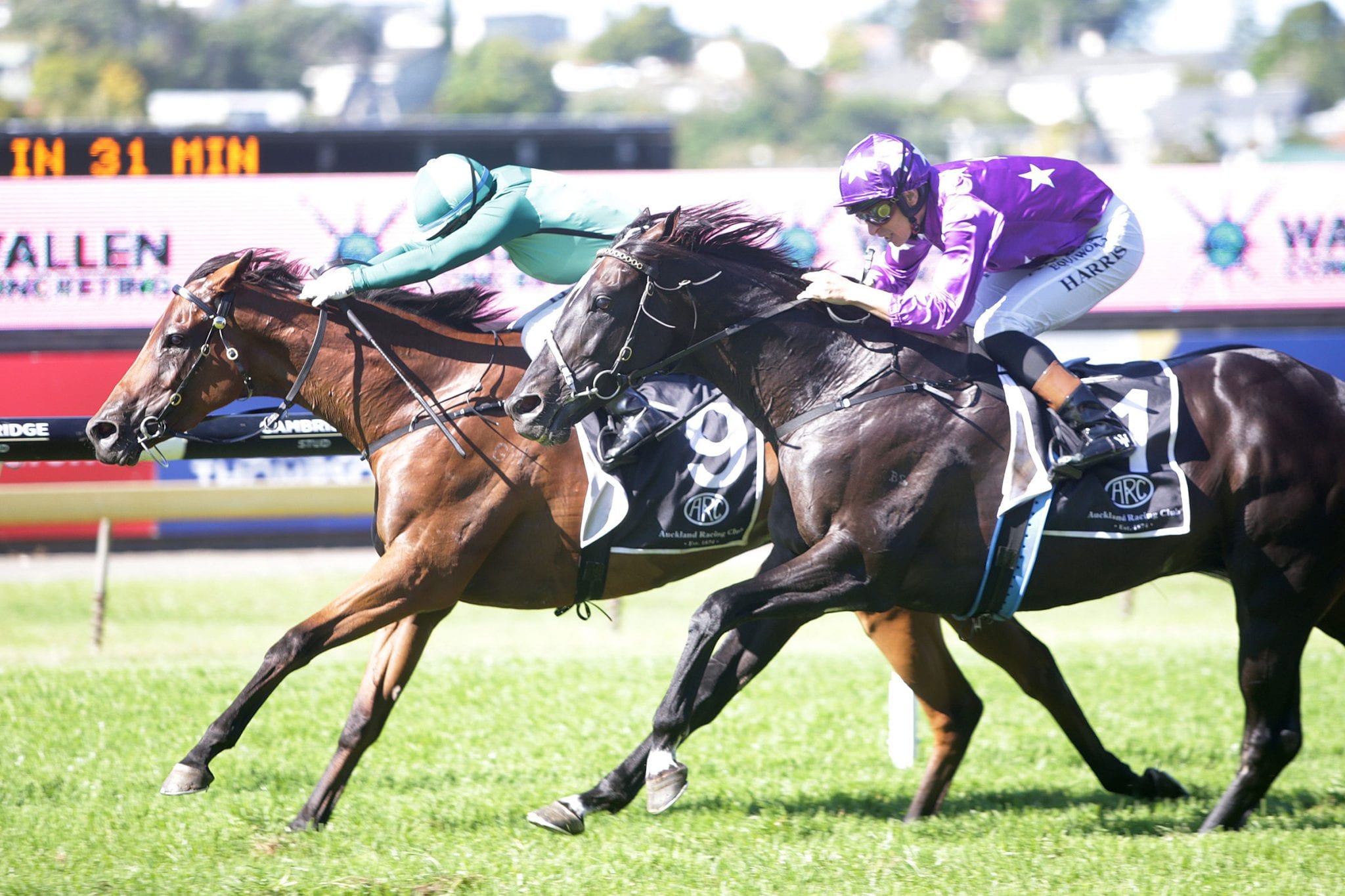 The Murray Baker and Andrew Forsman-trained six-year-old shrugged off a disappointing run in the Group 3 Wellington Cup (3200m) at her last start to thrust her name into Group 1 Barfoot & Thompson Auckland Cup (3200m) contention as she overcame traffic problems in the home straight to claim her biggest career victory.

Given a perfect run in the trail by rider Sam Collett, the daughter of Zed tracked Sound into the race on the home corner before shooting through on his inner at the 200m.

Just as Sound was being hailed the winner, Collet poked through along the fence on Robusto who produced one last tenacious burst of speed to head her rival in the shadows of the post, with stablemate Star Tsar snatching third out wider on the track.

Co-trainer Andrew Forsman, who was keeping one eye on the proceedings at Rosehill where star three-year-old Aegon was to make his Australian debut later in the day, was delighted with the performance by the stablemates.

“That was a real gutsy effort by Robusto as she got baulked a little and still put her head down and really finished it off,” he said. “We weren’t sure what to expect today as it was a funny run at Trentham last time.

“She kept getting shuffled back and out of her ground and when she got clear the race was all but over.

“It was hard to know how she would go after that as it could have been she had been up too long in this prep, but the way she went and found the line was really encouraging.

“Star Tsar also went super for a horse that has really got through the grades pretty quickly and is not very experienced at this level.

“He tends to loaf a bit and is just a big, one-pacer but he really stuck to his guns in the run home.”

Robusto and Star Tsar hold nominations for the Auckland Cup although Forsman is wary that both horses will meet runner-up Sound worse off in the weights for the two-mile feature.

“Sound is going to have to be the horse to beat in the Auckland Cup,” he said. “Robusto will meet him 3.5kgs worse off while Star Tsar will be 5kgs worse off, so it is a big swing to overcome.

“In saying that though, if they can both run as well as they did today then I think they will be right in the fight.”

Forsman and training partner Baker will also be discussing the Group 1 Vodafone New Zealand Derby (2400m) prospects of three-year-old colt Frontman who finished a gritty second against the older horses over 2100m in the last race on the card.

“I though Frontman put in a really good effort off a mixed preparation,” he said. “At this stage I don’t think he would be out of the Derby but it all might come a little bit quick for him.”

TAB Bookmakers have Sound as the +250 Fixed Odds favourite for the Auckland Cup with Star Tsar equal second favourite (+500) alongside Platinum Invador (+500) and Robusto at a +800 quote.

Forsman had plenty to be excited about later in the afternoon when Sacred Falls three-year-old Aegon, who he co-owns with the Zame family, made the ideal Australian debut when racing away to win the Group 2 Hobartville Stakes (1400m) at Rosehill by an increasing two-length margin.