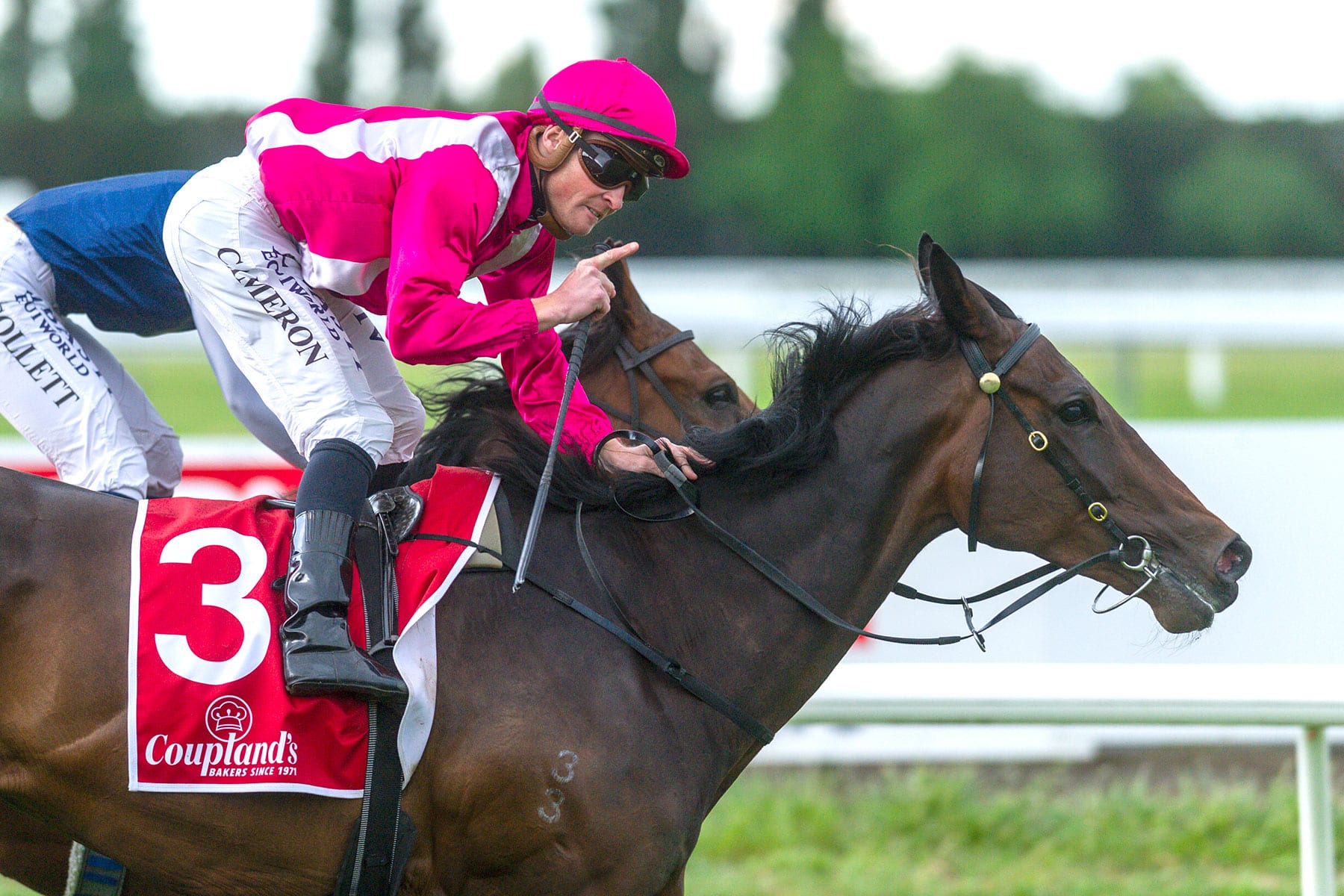 The Murray Baker and Andrew Forsman-trained True Enough was backed into $4 favoritism by punters in the Group 2 Coupland’s Bakeries Mile (1600m) at Riccarton on Wednesday and he duly delivered, courtesy of a gun ride by leading hoop Matthew Cameron.

The son of Nom Du Jeu began well from barrier six and settled just off the speed behind Shadows Cast for Cameron. The pair were able to stalk the Palmerston North galloper throughout before Cameron was able to find clear racing room down the straight and True Enough was able to run down fellow Cambridge raider Vigor Winner to win by half-a-neck, with Sacred Day three-quarters of a length back in third.

It was the second Group 3 victory for the six-year-old gelding after winning the Group 3 Red Badge Spring Sprint (1400m) at Hastings last month, and Cameron said True Enough is maturing into a quality racehorse. “Once I got stuck into him he really dug deep and all credit to the second horse, he took a while to get past. My horse is still learning and he is really starting to find that line which is great,” Cameron said. “He is still quite raw. I know he has had a few starts but he is starting to grow up now. “Trina (Riddell, travelling foreman) and Jonathan (Riddell) and the team back at home have done a wonderful job with the horse.”

It was the eighth career victory for the lightly-raced galloper and co-trainer Andrew Forsman said the patient approach taken by his connections is now starting to pay dividends. “Every time we have raised the bar with him he has stepped up, so it was nice to see him do that today. “He has been a slow maturer and the owners have been willing to be very patient with him and we have taken our time and it seems to be paying off.”

True Enough is now likely to contest weight-for-age assignments, with the Group 1 Rydges Wellington Captain Cook Stakes (1600m) at Trentham next month a possible target. “He will fly home on Monday and we will see how he is and make a bit of a plan,” Forsman said. “Off the back of that win he is probably a weight-for-age horse in New Zealand. “We have got options like the Captain Cook and at some point it would be nice to try him at a middle distance.”