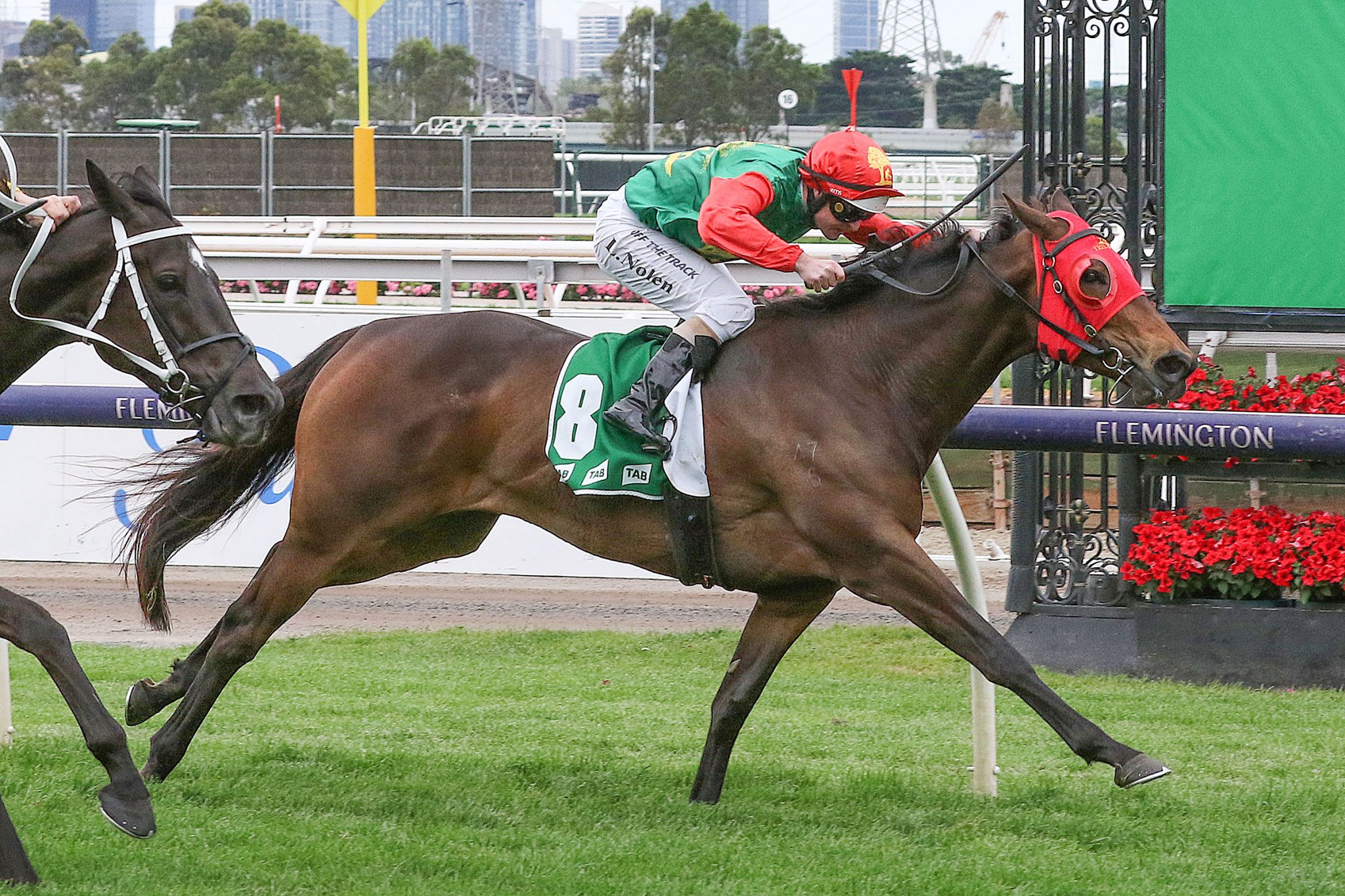 A long-range plan to target the Group 2 Matriarch Stakes (2000m) with impeccably bred mare Zayydani has come off for Lindsay Park trainers Ben and JD Hayes.

The daughter of Savabeel, who sports the colours of Brent and Cherry Taylor’s Trelawney Stud, was the first winner and first stakes winner for the Hayes brothers partnership when winning a Listed race at Eagle Farm back in June.

The five-year-old mare had three runs in readiness for the Group Two mares race and had caught the eye when a good fourth in the Group 3 Coongy Cup (2000m) at her previous start.

With most of the early winners at Flemington on the fourth and final day of Melbourne Cup week edging off the inside ground, Zayydani defied the pattern, taking the shortest way home under a brilliant Luke Nolen ride from barrier two to provide the stable with their first win for the week.

Zayydani had a half-neck to spare on former Kiwi Our Intrigue, who looked set to continue the Waller-McDonald juggernaut when she hit the front mid-stretch.

“It’s a surreal feeling. I’m just stoked for everyone at home and everyone in the team. It’s great to get a result and also for the owners and breeders Trelawney Stud,” JD Hayes said.

“She’s obviously very valuable being a half-sister to Grunt, and she’s got a special spot in our hearts.

“She was our first winner as a partnership in a race in Queensland and she’s done a great job to come and hold her form into Cup Week and to top it off with a Group Two Matriarch is unbelievable.”

Winning jockey Luke Nolen praised the effort of Zayydani and was adamant the ground near the rail was not inferior.

“It walks alright and especially with a northerly (wind) it is no disadvantage to be on the inside fence,” he said.

“Mr and Mrs Taylor, they’re both great supporters of Australian racing and they’re great breeders, too. No doubt they’ll be very happy.”

Zayydani is the daughter of Van Nistelrooy mare Ruqqaya, a sister to multiple Group One winner and now successful Waikato Stud stallion Ocean Park, while she is also the younger half-sister to Group 1 Australian Guineas (1600m) winner Grunt, as well as stakes placed galloper Addison.

Zayydani’s granddam is Zabeel mare Sayyida, who was purchased by the Taylors as a racing and breeding proposition that has turned to gold.

A winner of two of her five starts for Roger James, Sayyida was a star in the making but suffered a career-ending injury in the 2003 Group 2 Avondale Guineas (2000m) and retired without the bold black-type she would have undoubtedly earned.

Saturday’s Group Two victory was the most important win of Zayydani’s career to date, advancing her record to five wins and five placings from 17 starts, with AUD$428,025 in prizemoney.