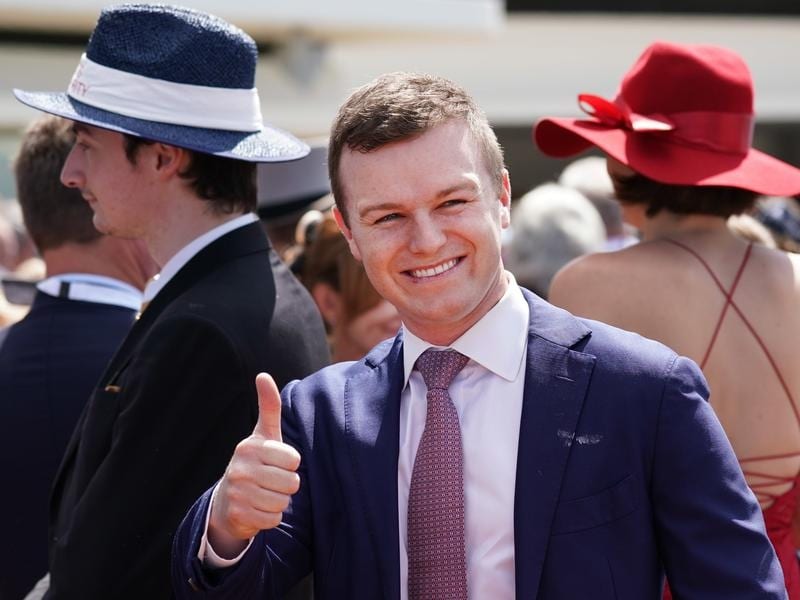 An off-season two-year-old race at The Valley may not be a season-defining race but it could prove a nice launching pad for a successful career.

The Antler Luggage Plate (1200m) on Saturday will marke the debut of Prince Ruban, trained by David and Ben Hayes and Tom Dabernig.

Last year the corresponding race was won by Yes Yes Yes, then trained by Darren Weir and having his third start, while previous winners, when the race was run over 1000m, included Tulip and Headwater.

All three progressed to winning in stakes company while Yes Yes Yes, in the care of Chris Waller, claimed the biggest prize, The Everest in October.

Lindsay Park’s Ben Hayes says the stable will learn more about Prince Ruban’s potential after the colt runs on Saturday.

“He’s a really nice Pride Of Dubai colt and has done everything right at home,” Hayes said.

“His last trial was very impressive with the blinkers on and he’s trained on nicely, but it’s a tough race to be going into on debut.”

With Victoria’s premier two-year-old race, the Blue Diamond Stakes (1200m) at Caulfield, less than two months away, Hayes is wary of what lies ahead.

Hayes said it was around this time of year that stables unwrap their two-year-olds, just as they did when Tulip was successful in 2016.

In the back of Hayes’ mind though is Prince Ruban may want something a shade longer.

“I wouldn’t be shocked if he wins, but in his work he looks like he wants further.

“He’s handy and has always shown us ability.”

Following the scratchings of Melmac and Still Be Friends, nine two-year-olds will do battle on Saturday, of which seven are having their first starts.

Prince Ruban, to be ridden by Luke Nolen, is the $4.40 favourite with TAB Fixed Odds.