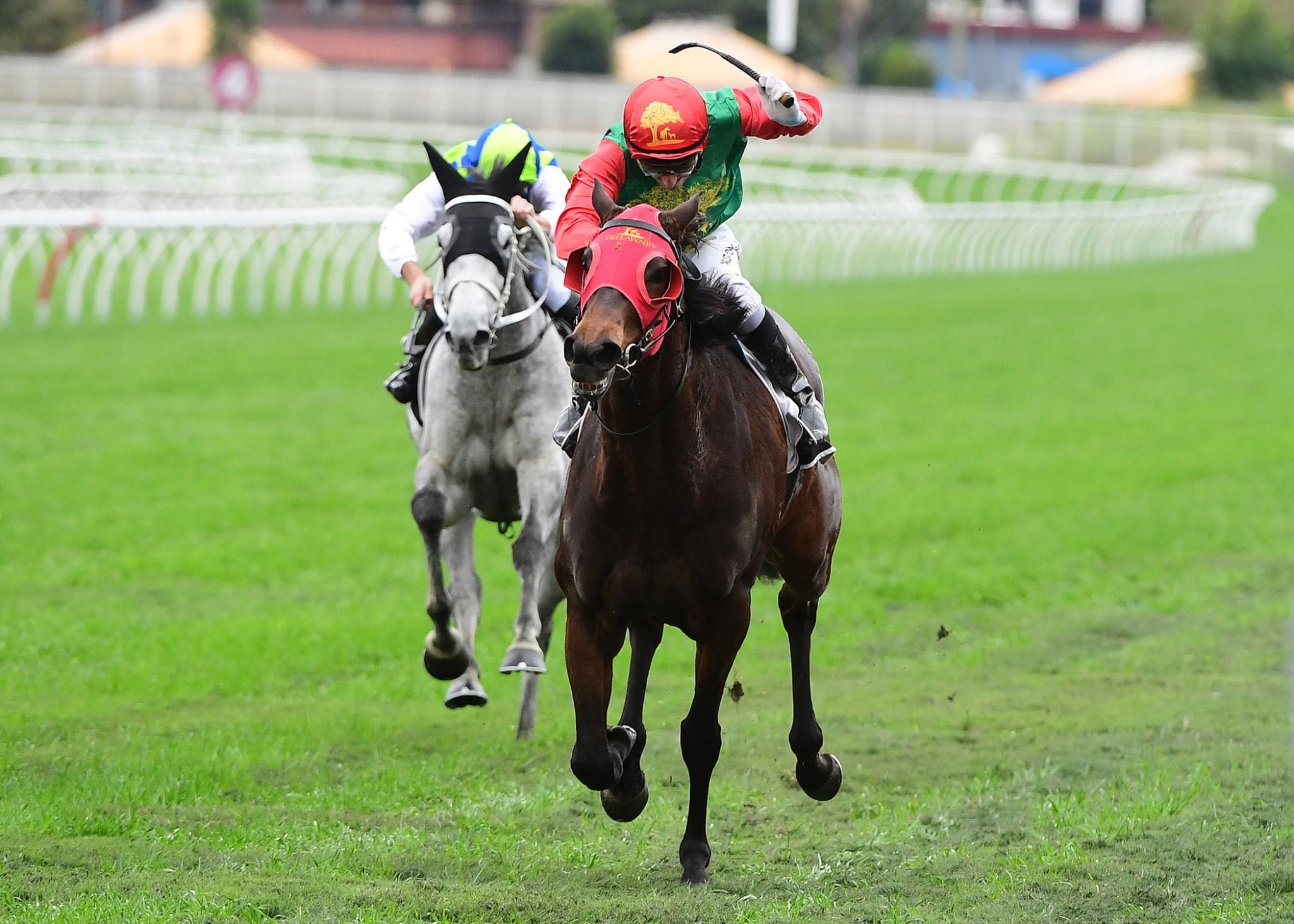 A long-range plan set in place for royally bred Savabeel mare Zayydani came to fruition at Eagle Farm on Saturday when she strode to a comprehensive victory in the Listed Tattersall’s Gold Crown (2137m).

Zayydani’s granddam is Zabeel mare Sayyida, who was purchased by the Taylors as a racing and breeding proposition that has turned to gold.

A winner of two of her five starts for Roger James, Sayyida was a star in the making but suffered a career-ending injury in the 2003 Group 2 Avondale Guineas (2000m) and retired without the bold black-type she would have undoubtedly earned.

“It has been incredibly fruitful family for us,” Brent Taylor said.

“Sayyida was a filly we bought at Karaka as a future broodmare prospect and has become the tap root mare for an incredible family.

“It is not a high-producing family but what does come out of it is very high-performing individuals.”

The Taylors had always intended to send Zayydani to Australia for her racing career with the thought of enhancing a future breeding career through gaining Australian black-type.

Having established a connection with master trainer David Hayes, it was only natural that the filly would end up in the Lindsay Park stable operated by Hayes, son Ben and their cousin Tom Dabernig at the time, and now run by Ben Hayes and his brother JD.

“We foaled and reared her (Zayydani) at home on the farm before we sent her to the Hayes family to train,” Taylor said.

“It has given us a huge thrill that she could provide Ben and JD with their first win, and for it to be a stakes win as well is even more special.

“I spoke to them on Saturday night and they were just over the moon while Cherry also spoke with David up in Hong Kong (where he is now training) and he was rapt as well.

“Not only do they train horses for us, but we have also developed a personal friendship with the family which made this win very special.”

Taylor will now work with the stable to put together a plan for the rising five-year-old with an eye on further stakes success before she retires to the Trelawney Stud broodmare band.

“We hadn’t actually seen Zayydani for a while due to the whole COVID-19 travel restrictions and the like but caught up with her in Brisbane a couple of weeks ago when we went over to watch another of our horses, Two Illicit, race,” Taylor said.

“She had had a rocky trip up there (to Queensland) and she looked a little average, so we delayed her programme a little and it has worked out well.

“She has really furnished and bloomed and we think she could be in for a very good prep in the spring.

“Now she has gained some decent rating points for this win, it will allow us to get her to some better races in the spring and hopefully she can go on with it from here.”

Taylor is also excited about the breeding future for recently retired Group 1 New Zealand 1000 Guineas (1600m) winner Loire who has been sent to the UK to visit outstanding stallion Frankel, who is proving a hit at stud, following on from his sensational racing career in which he was undefeated in 14 career starts and rated the best horse in the world.

“Loire just didn’t show the same interest in racing in her last campaign, so we have retired her and sent her up to the UK to be served to Southern hemisphere time by Frankel,” he said.

“It’s not something we have done before so it’s very exciting for us.

“She is a quality young mare, so we hope to have her foal down up there and then return to Frankel a second time before we bring her back home.”

Taylor also reported that Group 1 New Zealand Derby (2400m) runner-up Two Illicit was back spelling in New Zealand after two tough runs in Brisbane and would be returning to the Roger James and Robert Wellwood stable for a spring campaign.