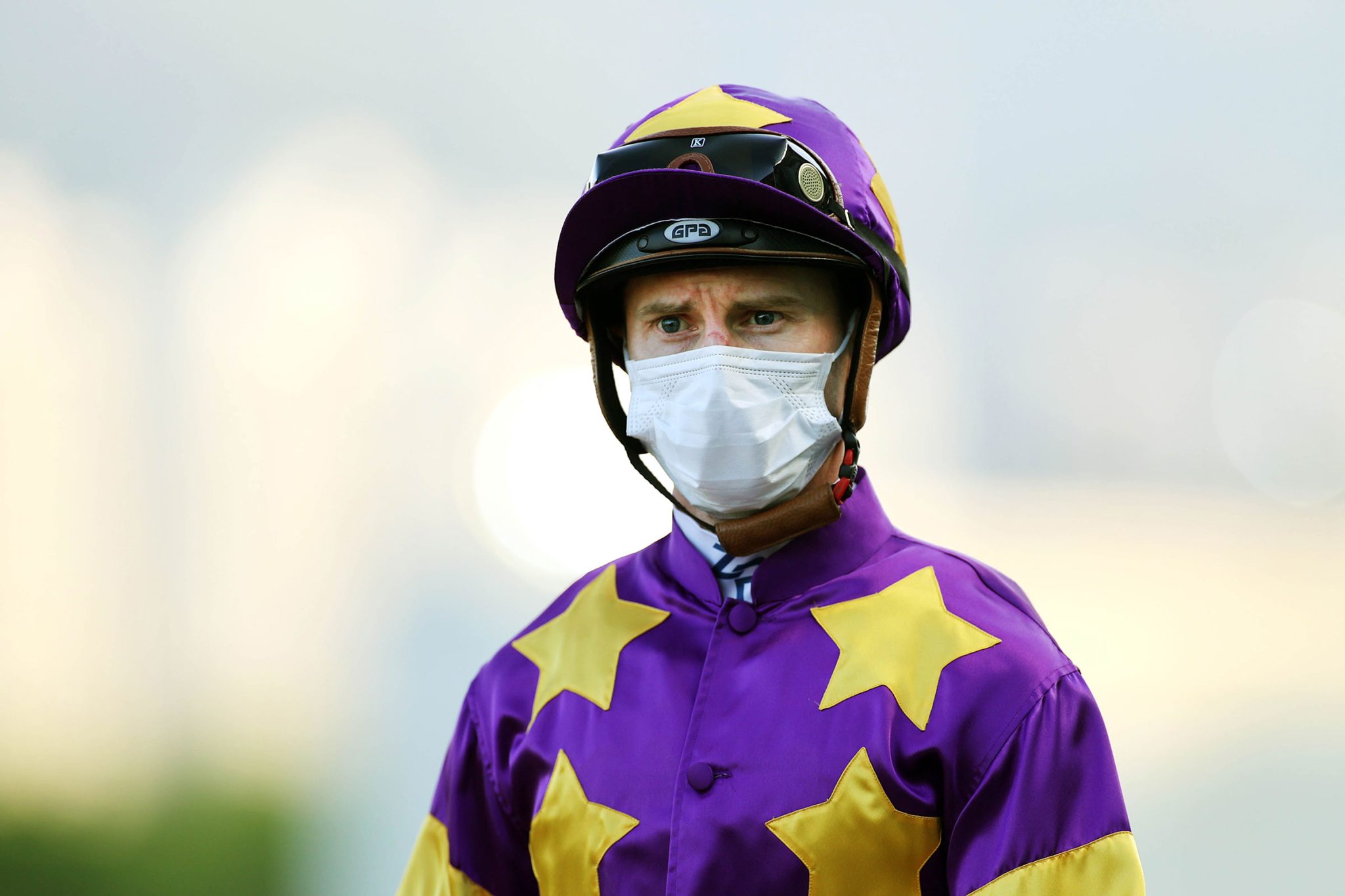 Locked in a familiar battle for supremacy with Joao Moreira, Purton trails the Brazilian 103-101 in the jockeys’ championship and hopes Frankie Lor’s Sauvestre can close tomorrow’s meeting with victory.

“He’s working well, he’s in a good frame of mind and hopefully we can get the right run on him this time and he can be competitive again,” the Australian said. “He’s not a straight-forward horse but, when you can get it right on him, he’s got the ability. He’s certainly drawn (gate three) to get the right run if circumstances permit.”

Purton, who has won each of the three FWD Champions Day features at least once, is excited about the immensely talented and versatile California Spangle as the rising star prepares to challenge Golden Sixty, who has risen to fourth in the latest edition of the LONGINES World’s Best Racehorse Rankings.

“He’s a real dude, that horse,” Purton said of BMW Hong Kong Derby (2000m) runner-up California Spangle. “Anytime you go out there, he just wants to please and there’s no nonsense – he just stands good in the gates, shows good speed, he knows what his job is now and he’s becoming a more complete and well-rounded horse as time goes on.

“He comes back to mile in a smaller field, which is probably more suitable for him, but he’s going to have to take on the champ (Golden Sixty), though – it’s going to be no easy feat and especially with Golden Sixty being so devastating at his last run (winning the Group 2 Chairman’s Trophy, 1600m), he’s going to come into the race with a lot of confidence.

“We’re the young horse on the rise and you’ve got to take on the old dog at some stage and it will be a good measuring stick for us.”

“Last time, up to Class 3 and he won very easily. He jumped very fast and he led all the way – he was very good,” Chau said of the three-year-old’s four-length demolition in 56.19s.

“Last time, he was carrying a light weight (117lb), but he proved he can lead and still have a finish. I more prefer to follow other horses because he’s still young. This time, he has a heavier weight (128lb) and I want him to relax and then try to catch the leader.

“It’s tougher for him this time because he’s gone up 12 points and he’s still a young horse, but I still think he can get the job done. Myself and Mr Man, we think he’s a very good horse. He’s got a very good character and he always tries his best. He’s still not totally mature – 1000m is good for him now.”

Paul O’Sullivan is hopeful Joao Moreira can coax the best out of Wisdom Patch in the Class 4 Siu Ma Shan Handicap (1200m, dirt) after the Snitzel gelding’s two recent placings.

“He’s been unlucky his last two starts,” O’Sullivan said. “We’ve got to be mindful that he’s up in class but, with the light weight and having Joao on, I think he’ll be very competitive.

“He’s had low draws his last two (starts) and it’s cost him both races. You can get three-deep with cover and they seem to be able to do that on the dirt and hopefully that’s what he’ll get.”

“Since going to the dirt, it’s made a big difference. He also had trouble going right-handed – he was trained in Perth (by Lindsey Smith) and he had trouble getting around the corners. He’s improved a lot in that area.