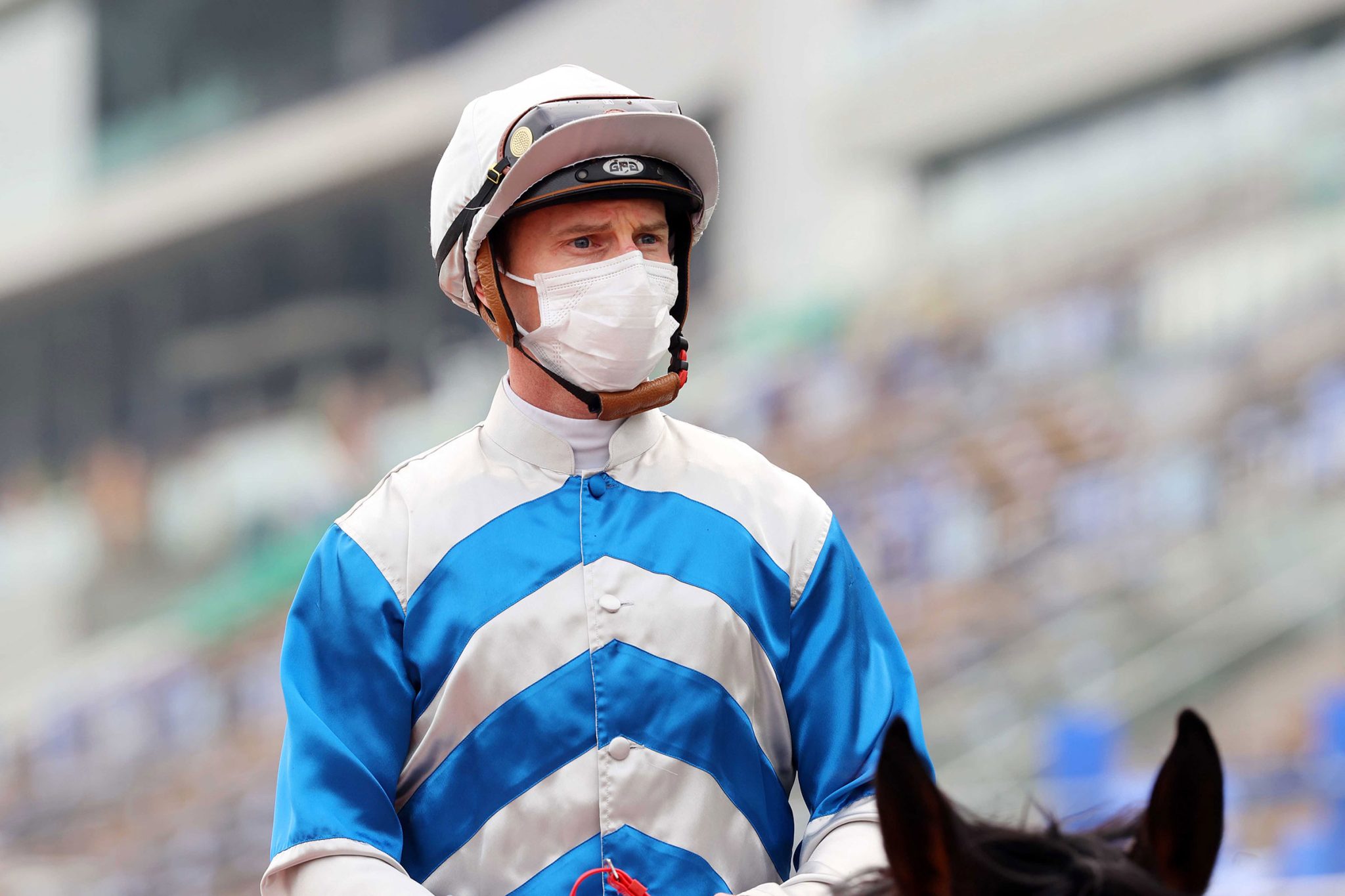 Locked in a familiar battle for Hong Kong jockeys’ championship supremacy with Joao Moreira, Zac Purton is optimistic Beauty Joy and Oriental Smoke can continue the Australian’s charge towards a fifth title at Sha Tin on Sunday (27 March).

“He’s a quirky horse. He was jumping out of the gates really well early in the season and, as he’s progressed, he seems to be taking his time to come out of the gates and getting himself in a little bit of an awkward spot,” Purton said.

“I thought his last run was solid but it wasn’t as good as the performance he put up at his Happy Valley win prior to that. His trial since has been okay so, coming back to Sha Tin where he seems to be a little more comfortable in the gates and seems to jump a little bit better here, he can get himself in the right spot.”

Beauty Joy opened his campaign four runs ago with victory over a field which included Turin Redsun, last start winner Rise Brethren and The Irishman.

“It was an impressive performance. He hadn’t run for quite some time going into that race and he was never going to get beat the way he travelled. It was a really good effort – a repeat of that performance would hold him well here,” Purton said.

“I’ll be guided by how he jumps as to how I’ll ride him (on Sunday), but these small fields are always tactical affairs and you probably want to be out of trouble as much as you can.”

“They’re progressive horses and they’ve gone to win again since which is good for us,” Purton said.

“I just feel he’s not really committing himself properly at the business end of his races. He gets his head up like he’s sticking it out through the top of a submarine, trying to look around instead of getting his head down and grabbing the bit between his teeth and getting the job done.

“No more so than last start, he had a beautiful run in the race but when he came out, he was just a big camel – he wanted to hang in, he wanted to hang out. He lost his rhythm. He had his head up. He just doesn’t know what he’s doing.

“As time goes on and he starts to apply himself, we’ll see a better horse and over a bit further as well. Once that penny drops, we’ll start to see the best of him. He’s going well enough and he feels good in the morning and hopefully he can get his head in front on the weekend.”

Luke Ferraris continues his association with Italian Group 3 winner Campione, who contests the Class 3 Kwai Shing Handicap (1200m) for Tony Cruz after an eye-catching fourth on debut behind Flying Ace on 6 March.

“It was a good run, first run in Hong Kong – can’t really fault him,” Ferraris said. “It was a good, honest run and he had to shoulder top weight (133lb) and hopefully with natural progression he comes on.

“First run in Hong Kong, he did it pretty tough but looking at his Italian form that’s how he used to race – he rolls up on the speed – and he did the same here. He showed a lot of guts and it was a good effort.

“I don’t see a reason to change it (race pattern), he’s got gate speed and hopefully he flies it and runs a similar sort of race and puts up a good performance.”

With 22 wins for the terms, Jerry Chau believes Manfred Man’s Flying Season can add to his tally in the Class 3 Kwai Fong Handicap (1000m).

“He’s a very honest horse and he always tries his best,” Chau said. “The small field is better for him because there’s less pressure, but I don’t think he’ll lead because he’s a young horse and he needs a horse to follow.

“I think he’s got a very good chance. I’m really looking forward to the race.”