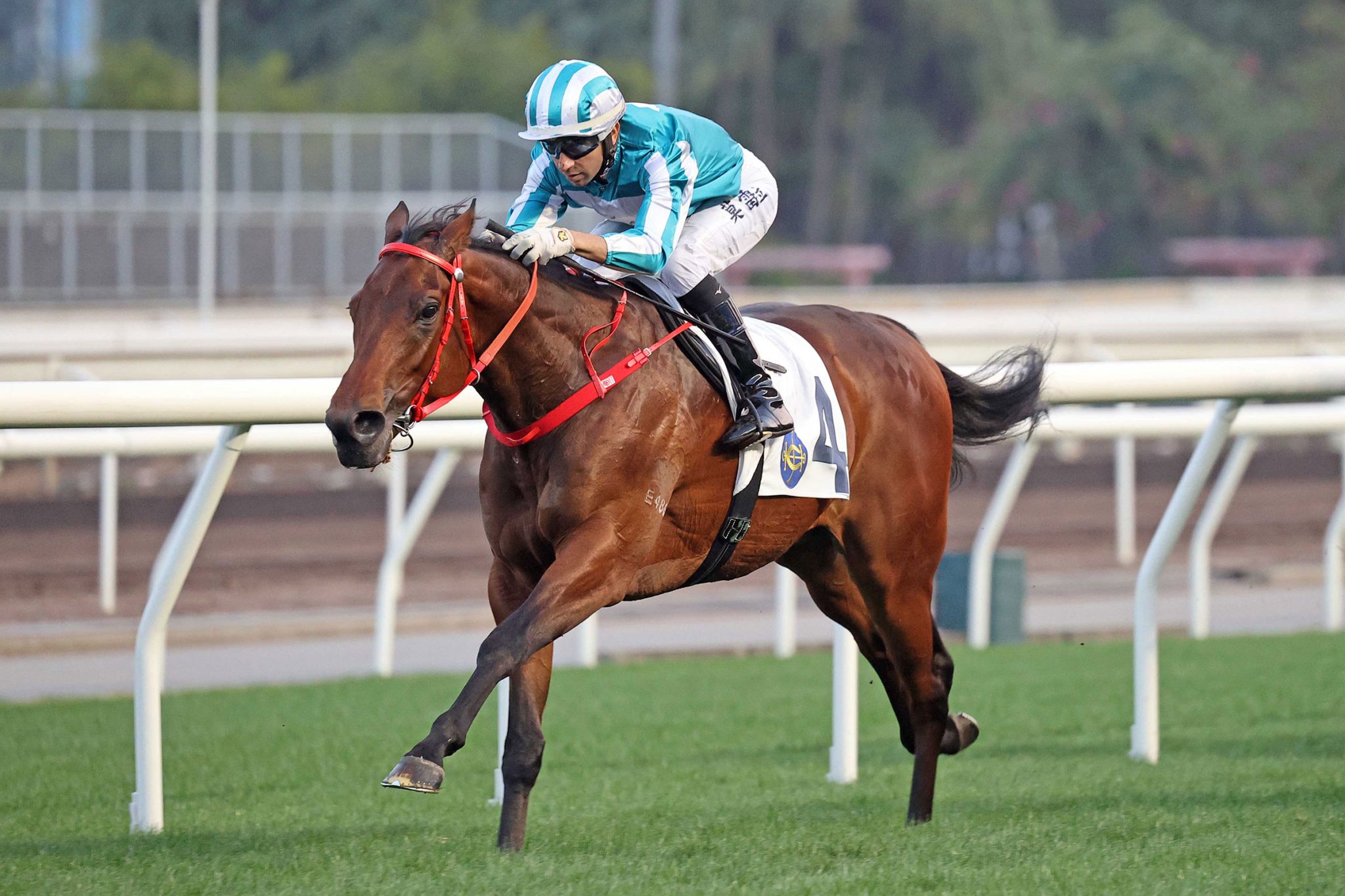 Triumphant after a Sha Tin quartet on Sunday (16 January), Joao Moreira will deliberate overnight before deciding which of the several leading contenders he will ride in the HKD$12 million Hong Kong Classic Mile (1600m) on Sunday, 30 January.

Boosting his lead in the jockeys’ championship over arch-rival Zac Purton to 10 – 62-52 – Moreira has the choice of a talented handful of Hong Kong Classic Mile aspirants, including this afternoon’s winners Romantic Warrior and Sight Spirit as well as Master Delight.

Moreira was non-commital on which way he was leaning towards for the first leg of the Four-Year-Old Classic Series, but he was clearly taken with the victories of both Danny Shum’s Romantic Warrior, who is unbeaten in four starts, and John Size’s Sight Spirit.

“It’s a very nice position to be in. I will by tomorrow make the decision because I don’t think the connections will like to be kept waiting. Today’s meeting is going to give us a very good guide to the possible winner of the Hong Kong Classic Mile – I know the Hong Kong Derby is different, but the first leg, the winner might be on today’s meeting,” the Brazilian said after clinching his four-timer aboard Hong Kong International Sale graduate Romantic Warrior in the Class 3 Hoi Lai Handicap (1400m).

“Romantic Warrior showed me that he has so much quality and ability that I was confident going into the race today, but now we have to think about what is next because of what has to be called an impressive win.”

The Magic Man was equally taken with Sight Spirit, runaway winner of the Class 3 Lai Kok Handicap (1600m) who will proceed to the Hong Kong Classic Mile.

“I was asked before the race if this horse should be considered for the Classic Series and I kind of indicated that because the more ground he steps to, he was going to appreciate it even more and he showed that (with the win),” Moreira said.

“He did win with a lot of authority – a very easy win – and he feels that if he steps up to even more ground, he will appreciate that even more. So, it’s very nice to be riding these kinds of horses.”

Zac Purton, who logged a double for the day, is committed to Danny Shum’s Packing Victory but was effusive in his praise of Tony Cruz’s California Spangle, who dominated the Class 2 Chak On Handicap (1200m) to forge into Hong Kong Classic Mile calculations.

“He’s a special horse. He’s got the action and I think he’s got the pedigree to be able to run a mile, but whether he can jump straight from 1200 metres to 1600 metres, that’s the question mark,” the Australian said.

“The other horses have already had their runs at 1400m and 1600m. First time out at 1600m, he might be a little bit vulnerable. I think he’s a really exciting horse – I really like him.”

The final three races of the meeting served as an appetiser to the Four-Year-Old Classic Series, which also features the HKD$12 million Hong Kong Classic Cup (1800m) on 27 February and the HKD$24 million BMW Hong Kong Derby (2000m) on 20 March.

On Sunday’s undercard, Caspar Fownes notched his fourth victory for the month when The Hulk stormed from last at the turn to win the Class 3 Cheung Sha Wan Handicap (1200m) under Karis Teetan to give the reigning champion trainer an early double.

Formerly known as Spirits Aubeer when a three-time winner in New Zealand for Nigel Tiley, The Hulk improved his Hong Kong record to three victories and five placings from 33 starts.

“He’s a nice horse, he did a good job today. Zac thinks he will get better as he gets older and he might be 1400 metres next season,” Lui said.

Moreira registered his 60th victory of the campaign when Frankie Lor’s En Pointe stamped his authority on the Class 4 Shek Kip Mei Handicap (1400m). Lor, who leads the trainers’ championship with 38 wins, believes the Hallowed Crown gelding will ultimately be suited over longer trips.

“Vincent hasn’t had many rides for me, but he rides well, doesn’t he?” O’Sullivan said.

“This horse reacts well on the surface and he taken a while to build fitness and he came up with a good draw (barrier four) and I thought if he ran up to his Conghua trial, he would be competitive.

“The biggest problem he’s faced here is that he was trained in Australia left-handed and he’s really struggled to go right-handed. He’s getting a little bit better all the time, but that could be a limiting factor here in the short and medium term.”

Claiming his 14th winner of the term, Vagner Borges piloted Cordyceps Two to upset victory in the Class 4 So Uk Handicap (1600m) as the Brazilian continued a productive season.

“I’m working hard and it’s paying off,” Borges said. “I love riding in Hong Kong and the horse did a good job to win.” Unplaced in six previous starts, Cordyceps Two saluted at +3000 for Dennis Yip.