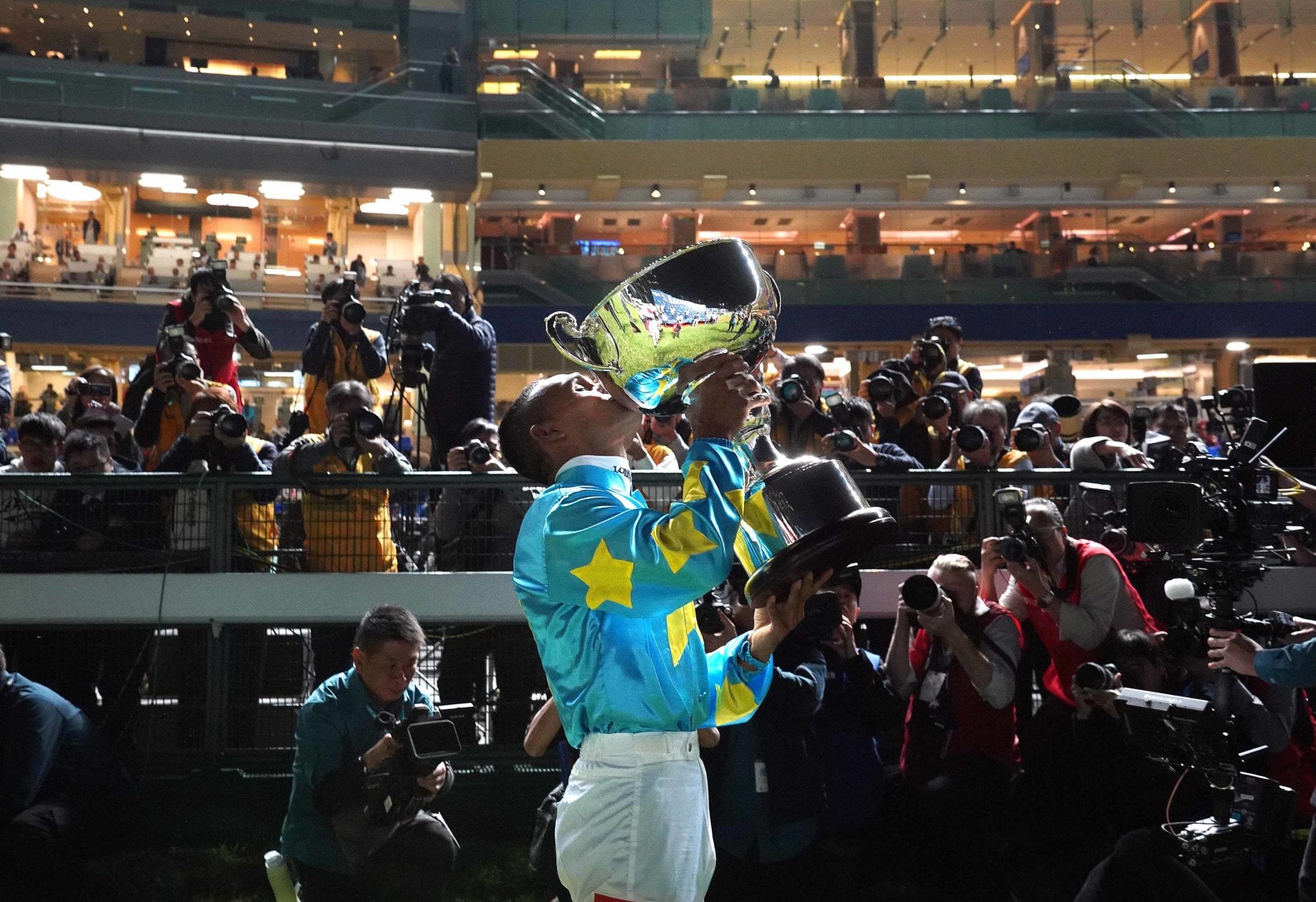 The exciting line-up includes four previous winners of the world’s most sought-after jockey challenge, including Zac Purton and Joao Moreira, both multiple champions on the world’s most intensely competitive circuit. Purton and Moreira will both be chasing a second LONGINES IJC victory, as will last year’s IJC victor and fellow Hong Kong-based rider Karis Teetan, while Ryan Moore returns to the spectacular city circuit seeking a record-equalling third IJC title.

The HK$800,000 LONGINES IJC is a four-race competition for 12 elite jockeys, and this year’s edition features six overseas riders and six based in Hong Kong, all battling for the HK$500,000 top prize, the most lucrative jockeys’ challenge winner’s cheque in the world.

Also among the exciting overseas cast are Tom Marquand and Hollie Doyle. The British duo, aged 22 and 24 respectively, sealed third and fourth place in the 2020 British Flat Racing Jockeys Championship, and will join the contest for the first time as two of world racing’s most rapidly ascending stars.

Marquand’s Group 1-winning exploits in Europe and Australia over the last 12 months have seen him become one of the most in-demand young riders on the planet. His major wins include a Group 1 QIPCO Champion Stakes success aboard globetrotting star Addeybb at Ascot, as well as back-to-back Group 1 triumphs aboard that horse in Australia.

Doyle, meanwhile, following a spectacular British season, will become only the third female rider – after Emma-Jayne Wilson in 2007 and Chantal Sutherland in 2009 – to take part in the IJC. Her total of 129 (as at 18 November) wins for the calendar year is a record for a female rider in Britain, while her headline-grabbing double on Champions Day at Ascot included a first Group 1 victory aboard Glen Shiel in the British Champions Sprint Stakes.

Last year’s Prix de l’Arc de Triomphe winning jockey Pierre-Charles Boudot heads back to Hong Kong in outstanding form. He is poised to complete his third French championship and is buoyant from two more Group 1 successes at the recent Breeders’ Cup in Kentucky.

Godolphin’s leading man William Buick is another who is riding at the top of his game and will arrive in Hong Kong at the end of a year highlighted by three Group 1 successes aboard the world’s highest rated horse Ghaiyyath, while Mickael Barzalona became one of the youngest riders ever to win the Derby when Pour Moi won at Epsom in 2011 and added another Classic success to his record this year when Andre Fabre’s Victor Ludorum won the French 2000 Guineas.

The final two spots on the 12-rider roster for the LONGINES International Jockeys’ Championship will be filled by the next two jockeys – who are eligible for selection – with the most wins on the Hong Kong jockeys’ championship table. This announcement will be made following the Happy Valley race meeting on Wednesday, 25 November.

Visiting riders will undergo multiple COVID-19 tests before travelling to Hong Kong and upon arrival will go straight into their designated accommodation under strict quarantine to ensure no contact with the community. They will also be under continuous medical surveillance by the Club’s Chief Medical Officer – including daily COVID-19 tests and twice daily temperature checks – and on IJC night at Happy Valley, the visiting riders will occupy a separate jockeys’ rooms away from the Hong Kong-based riders.

Mr. Andrew Harding, the Hong Kong Jockey Club’s Executive Director, Racing, said: “This year’s LONGINES International Jockeys’ Championship has all the factors in place to be a classic edition. We have a fantastic line-up of gifted riders, and a young duo in Tom Marquand and Hollie Doyle competing for the first time will add even greater excitement to what is always a thrilling contest.

“The Hong Kong Jockey Club has succeeded again in putting together an outstanding cast of riders and we are looking forward to a great night of sport set against the backdrop of one of the most iconic racecourses in the world.”

“We are so pleased that, with strict protocols in place, the event can be a truly international occasion. The prize money increases, which make this year’s edition the richest yet, further reinforcing the prestige associated with the event.”

The LONGINES IJC remains the most prestigious jockey challenge in the world and the most lucrative for the winning rider.

The four races are worth a combined HK$6 million in prize money, which represents a 20% increase for the designated races. Meanwhile, a total prize fund of HK$800,000 in bonus money for the most successful riders will be split three ways, with the winner set to receive HK$500,000 and second and third HK$200,000 and HK$100,000 respectively.

In addition, trainers have an added incentive to target their horses at IJC races this year thanks to a new bonus scheme which will pay HK$200,000, HK$100,000 and HK$50,000 respectively to the three handlers who achieve the highest number of points across the four races, using the same scale as employed for the jockeys.

The four-race competition works on a points-based system with 12 points for a winner, six points for second place and four points for a third. The ranking of each jockey will be determined by the total number of points earned over all four races and the IJC champion will be the jockey with the highest accumulated points.

The Club has developed a new model to increase the probability of a more even distribution of winning chances.

Rides in previous IJC competitions have been allocated by a random ballot taking each jockey’s minimum riding weight into account. However, this year’s edition will feature a new process of allocating rides with a model having been developed which is designed to make the contest as competitive as possible and to reduce the risk of individual riders, being dealt a particularly strong or weak hand.

The minimum riding weight for IJC races remains at 116lb with a maximum of 2lb overweight allowed. If there are more than 12 entries for a race, the Club’s handicappers will use their discretion to give preference to horses who have shown reasonable recent form. This will form the basis for a process in which each rider will be allocated four rides based on an estimated average of each horse’s chance as supplied by the Club’s Jockey Challenge odds-compiling team.

The odds-compiling team will assess the credentials of every runner in advance and, without knowing who will ride each horse, will submit their final assessments once the barrier draw is made on the morning of Monday, 7 December.

In the case of a dead-heat for any of the first three placings, points will be added and then divided by the number of horses involved. In the IJC, substitute jockeys are eligible for points and if a countback is required it will go back to fourth place. Homegrown jockeys with 2lb or 3lb claims are eligible for selection for the IJC but there will be no claiming allowance in the four IJC races. Apprentice jockeys do not qualify for selection.