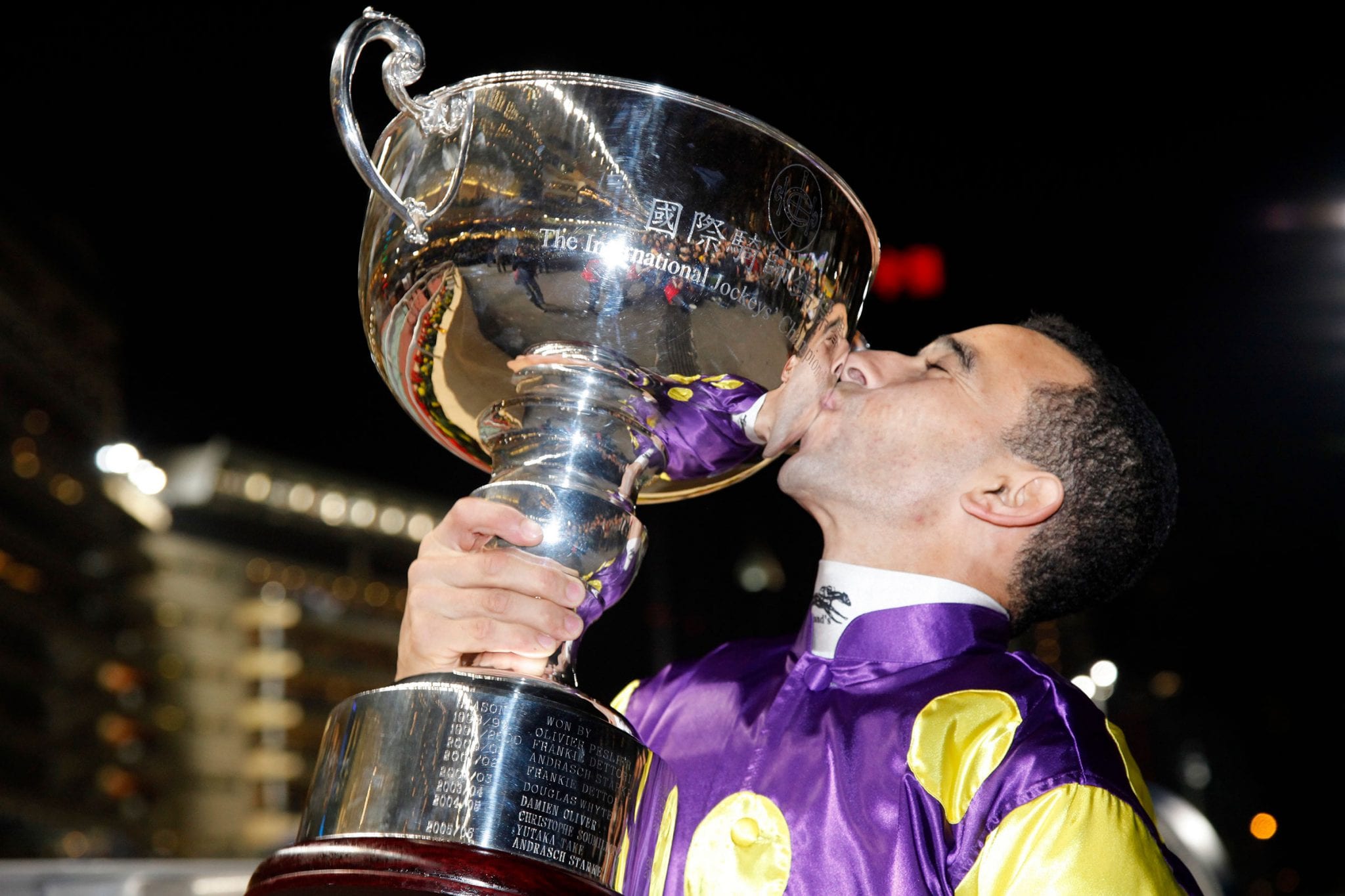 As one of four previous winners of the four-race format in this year’s contest, the 2020/21 championship-leading jockey believes Wednesday’s competition looms as one of the most even in the event’s history – a sentiment echoed by the Brazilian’s great championship rival Zac Purton.

“It looks like the club has done a good job to share the rides to everyone else in a fair way.

“I’m actually happy with the rides I’ve got. There’s no doubt we can have some fun.

“These races are going to be very even races. From the first to the fifth horse, there won’t be much difference.

“Luck is going to play a lot of luck in this game.”

Allocated Gouten Of Garo, Royal Racer, Smiling City and Cue The Music, Moreira is impressed by the depth of talent among the visiting riders as Hollie Doyle, Tom Marquand, Ryan Moore, Mickael Barzalona, Pierre-Charles Boudot and William Buick attempt to land the top prize – racing’s richest for such a competition – of HK$500,000.

“I have no doubt local jockeys have the advantage of riding every day on the city track but don’t forget these jockeys coming over here, they are high quality jockeys and they are able to adapt very quickly, understand and pick up from everybody, even watching replays,” Moreira said.

“I would describe Happy Valley as one of the most difficult places to adapt and get used to but I also don’t underestimate these guys that are coming because if they’ve been selected, there are no doubts they are good jockeys and they are going to get used to it quick and do the best they can on this track straight away.”

Moreira, winner of the LONGINES International Jockeys’ Championship in 2012, believes Royal Racer will acquit himself well in the Second Leg of the series, a Class 4 contest over 1650m.

“He actually won very impressively with me on last time. If he’s able to able produce what he did last time, I think he’s going to be a very hard horse to beat and I would have him as my best ride of the jockeys’ challenge,” he said.

“Most of the races on the card, particularly of the jockeys’ challenge, seem to be even and if you’re lucky enough to get a good run through, you might win with a horse that might not be one of top favourites.

“It seems like Ryan Moore, as usual, gets good rides. Boudot, also, has decent rides.”

Purton, seeking his second victory in the series after the Australian’s 2017 triumph, will partner Hey Pal, Fearless Fire, Gift Of Lifeline and Flying Bonus.

“It looks a lot more even this year,” he said.

“I don’t have the strongest rides. I have rides that can run some sort of race.

“Hopefully I can have a bit of luck there somewhere and you never know what can happen.”

The LONGINES International Jockeys’ Championship meeting starts at Happy Valley on Wednesday 9 December with the running of the Class 5 Australia Handicap (1650m) at 6.30pm.