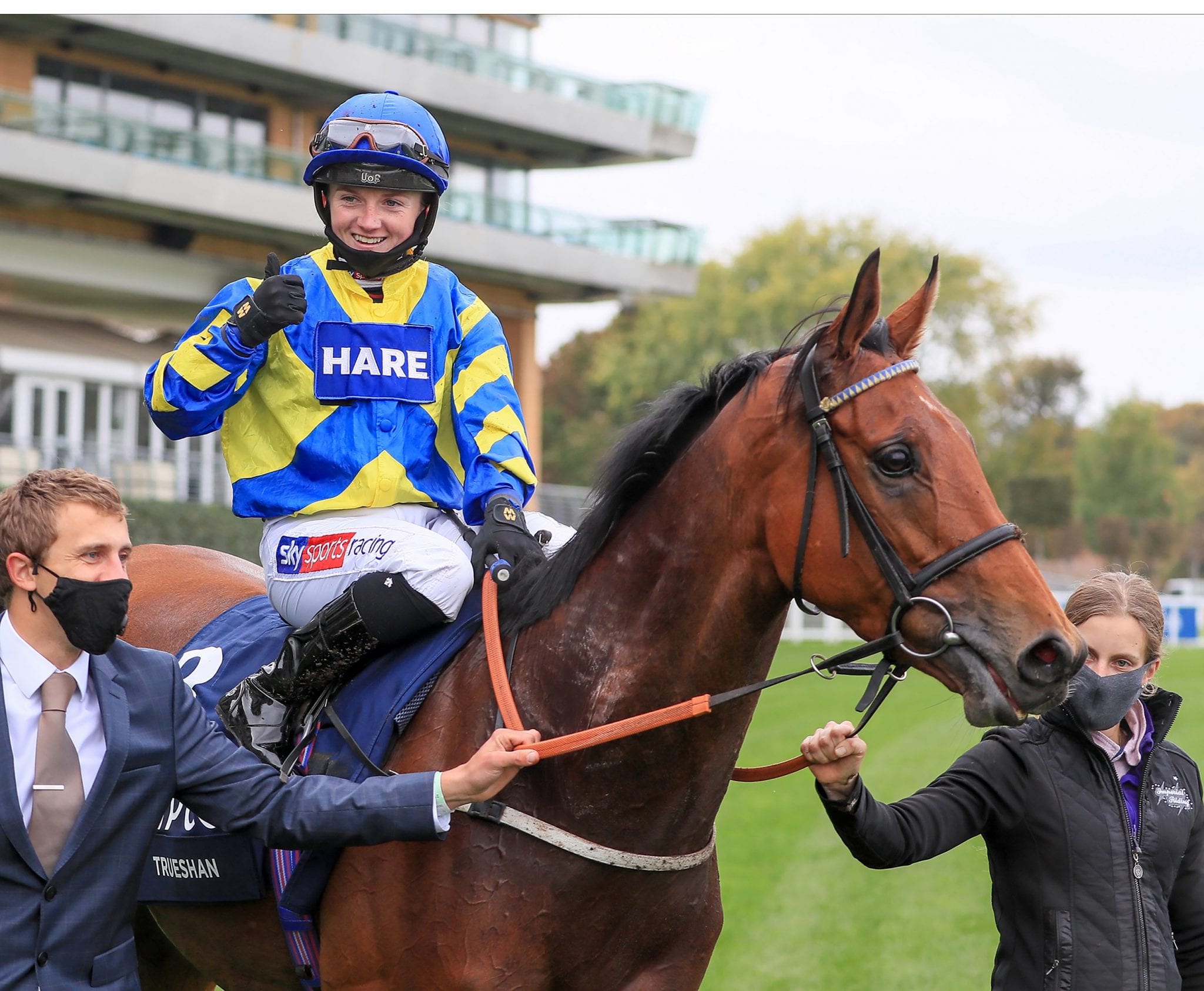 In her wildest dreams, Hollie Doyle could not have dared to hope for a more spectacular year after a season of staggering achievements, but the English rider hopes to crown a wondrous 2020 with more success in the LONGINES International Jockeys’ Championship at Happy Valley next Wednesday (9 December).

Acclaimed as winner of The Sunday Times Sportswoman of the Year award and shortlisted for the prestigious BBC sports personality of the year award, the 24-year-old has triumphed on an unprecedented scale in 2020.

Doyle bettered her own 2019 record for the most wins (116) amassed by a female rider during a calendar year in Great Britain and, as of 2 December, has posted 139 wins. Additionally, she also finished fourth in the 2020 British Flat Jockeys’ Championship.

Noting the highest-ever placing by a woman, Frankie Dettori anointed Doyle as a future winner of the Championship after Doyle became the first woman to partner five winners on the same card at Windsor in August.

Doyle is part of a star-studded, six-jockey contingent from Europe to face the best of Hong Kong next week as she vies for the most lucrative jockeys’ challenge winner’s cheque in the world – a prize of HK$500,000.

Intriguingly, she will be pitted against her partner and fellow rising star Tom Marquand in an illustrious parade also containing Ryan Moore, a two-time winner of the LONGINES International Jockeys’ Championship, William Buick and French duo Pierre-Charles Boudot and Mickael Barzalona.

“Tom and I are really looking forward to going to Hong Kong,” Doyle said. “It is a place we have always thought about going to and the opportunity has now arisen so we are excited about the prospect.

“It is a great opportunity to ride in Hong Kong at the end of a great year.

“This year has been crazy really for the both of us. It could not have gone much better. We are really grateful and pleased with the way it has gone. We are already looking forward to next year and it would be fantastic to have even more success.”

Doyle rates Champions Day at Ascot on 17 October as “the best day of my career so far”, when she and Marquand combined to ride four of the six winners on the programme, crowned by breakthrough Group 1 success aboard Glen Shiel in the QIPCO British Champions Sprint Stakes (1200m).

“To win my first Group 1 was very special on Glen Shiel,” she said. “It is special that it was also such a great day for Tom and I. You rarely both get success like that on a good day, but we were both absolutely delighted. It was quite simply a day I will never forget.

“Having five winners at Windsor was obviously another special day. To have a winner for my new retained owner Imad Al Sagar as part of the five-timer and plenty of rides for different trainers has been brilliant and it was another great day in what has been a fantastic season for me.

“I am just trying to keep everything rolling and I am just delighted with how things are going.”

“I am in Archie Watson’s (yard) quite often and I know the horses inside and out so I think that has been a big part in the success that we have had,” she said.

“I just hope next season to keep riding lots of winners and with that hopefully lots of quality will come too.

“The Sunday Times Sportswoman of the Year award hasn’t really sunk in yet but it was so special to win it. It was a huge honour to have won the award. Having seen some of the previous winners I feel quite honoured, it was a huge privilege.”

“I would love to win the Jockeys’ Championship one day,” she said.

“I don’t know whether that is going to be next year or in 10 years. I am constantly trying my hardest to achieve my best and it is obviously something I would love to do.

“Whether I land in that position or not is down to me having a bit of luck.”