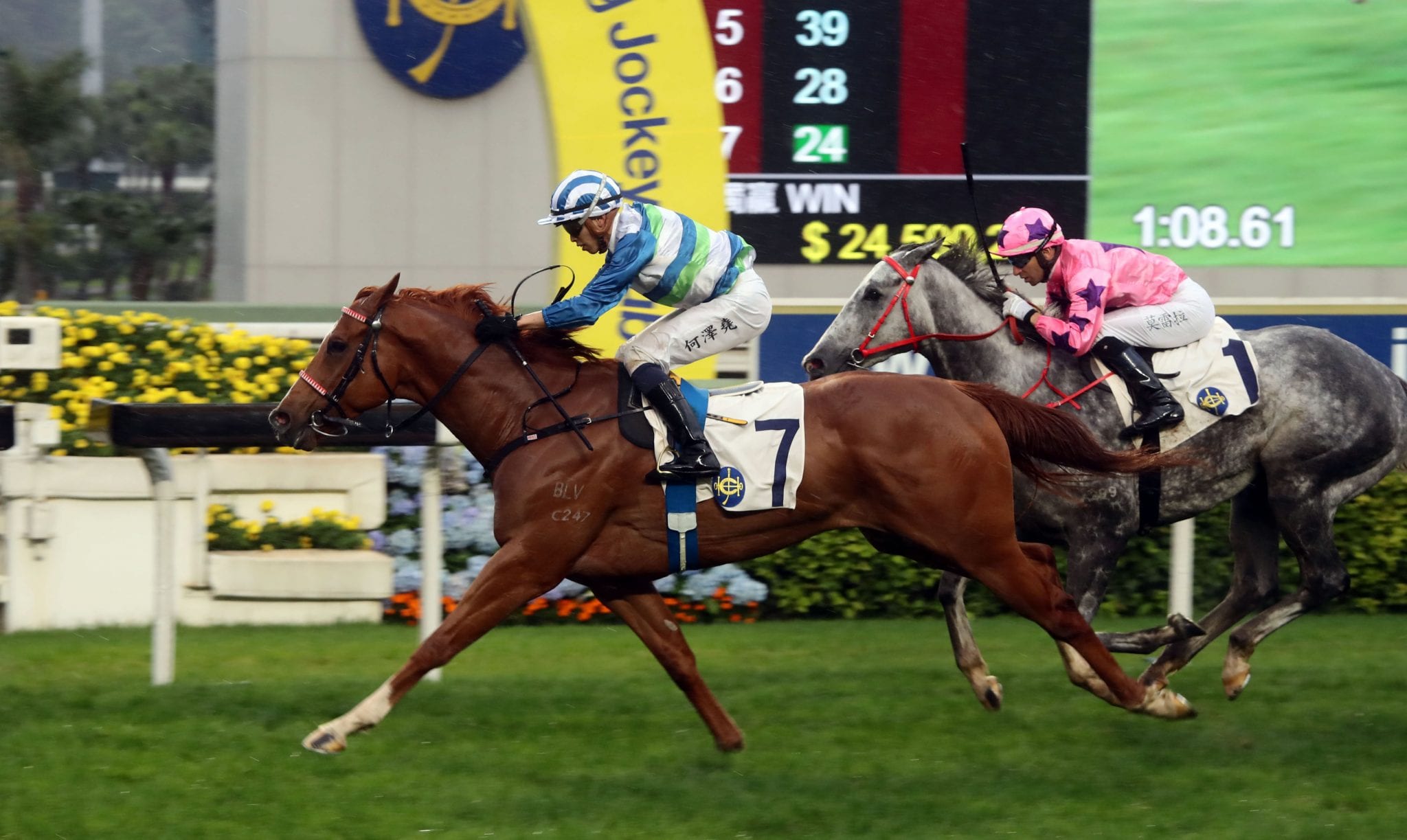 Yiu is the most successful trainer in the Sprint with three wins, thanks to Fairy King Prawn (1999) and Sacred Kingdom (2007 and 2009) and this weekend Voyage Warrior will look to fulfill his prodigious potential with a win in the HK$22 million sprint.

The talented chestnut set the track alight with a four-length romp on debut and backed it up with two more wins, incurring a 40-point ratings rise across his first four runs.

Touted as one of Hong Kong’s rising stars in early 2019, his progress seemingly stalled with a poor start to his second campaign.

But in April at his sixth run last term, the Declaration Of War gelding snared the Group 2 Sprint Cup (1200m) against a classy field at +2300, including Hot King Prawn and Mr Stunning, and he moved a step closer to fulfilling the colossal expectations placed upon him as a youngster.

“I think he can [take the next step] – we have a good jockey – Karis Teetan is aboard him, he has won the Hong Kong Sprint before but we just need a good draw and in saying that we don’t want the ground to be too firm,” Yiu said.

Yiu is no stranger to nurturing sprinting talent at the elite level, Amber Sky flourished in Hong Kong and abroad, while Blizzard mixed it with the best and returned two solid fifth-placed efforts at Group 1 level in Japan.

And not least, Sacred Kingdom, Yiu’s superstar sprinter and holder of the 1200m track record at Sha Tin, clocking a slick 1m 7.5s, just over 13 years ago.

But it’s Voyage Warrior’s turn on the big stage at Sha Tin’s biggest meeting, and he heads into the weekend’s test with a solid grounding underneath, two game runs this prep including the latest which appeared visually as a luckless fourth in the Group 2 Jockey Club Sprint (1200m).

Yiu, though, credits the Hong Kong Jockey Club’s Conghua facility as a key tool in his Australian-bred’s improvement.

“The feedback from Conghua has been really good – really good – my assistant trainer up there has been working him and he said he is going even better than last start and condition-wise he’s in top form,” Yiu said.

Karis Teetan, who rode the gelding to his first two wins, hops back in the plate after a 13-month hiatus with the talented PPG (Privately Purchased Griffin).

“He needs a bit of give in the track but he’s still improving, I actually wouldn’t be surprised if he copes well with 1400 metres based on his pedigree in the future,” Yiu said.

Yiu has a team of two for the Hong Kong Sprint, also featuring veteran Jolly Banner, who is likely to be an outsider of the field and may need to summon his Group 3 Bauhinia Sprint Trophy Handicap (1000m) heroics to be victorious.

“I couldn’t be happier with him – he worked tremendously well this morning (Wednesday) with the work rider aboard him and he never moved on him – he was cruising,” Yiu said.

French ace Mickael Barzalona will pair with the Lonhro nine-year-old.

Yiu’s trio for Sunday rounds out with an upset plot as Mighty Giant will take on the might of Golden Sixty, Admire Mars, Beauty Generation and Waikuku in the HK$25 million Group 1 LONGINES Hong Kong Mile.

“He’ll have his final gallop on the grass tomorrow and one of the best jockeys from France is riding him – Pierre-Charles Boudot,” Yiu said.

The solid chestnut won five consecutive races before stepping up from Class 2 to Group 2 with a fourth-placed effort to Golden Sixty in last month’s Group 2 Jockey Club Mile.

“He’s in good nick, his last run over a mile was good – I’m expecting him to run well,” he added.