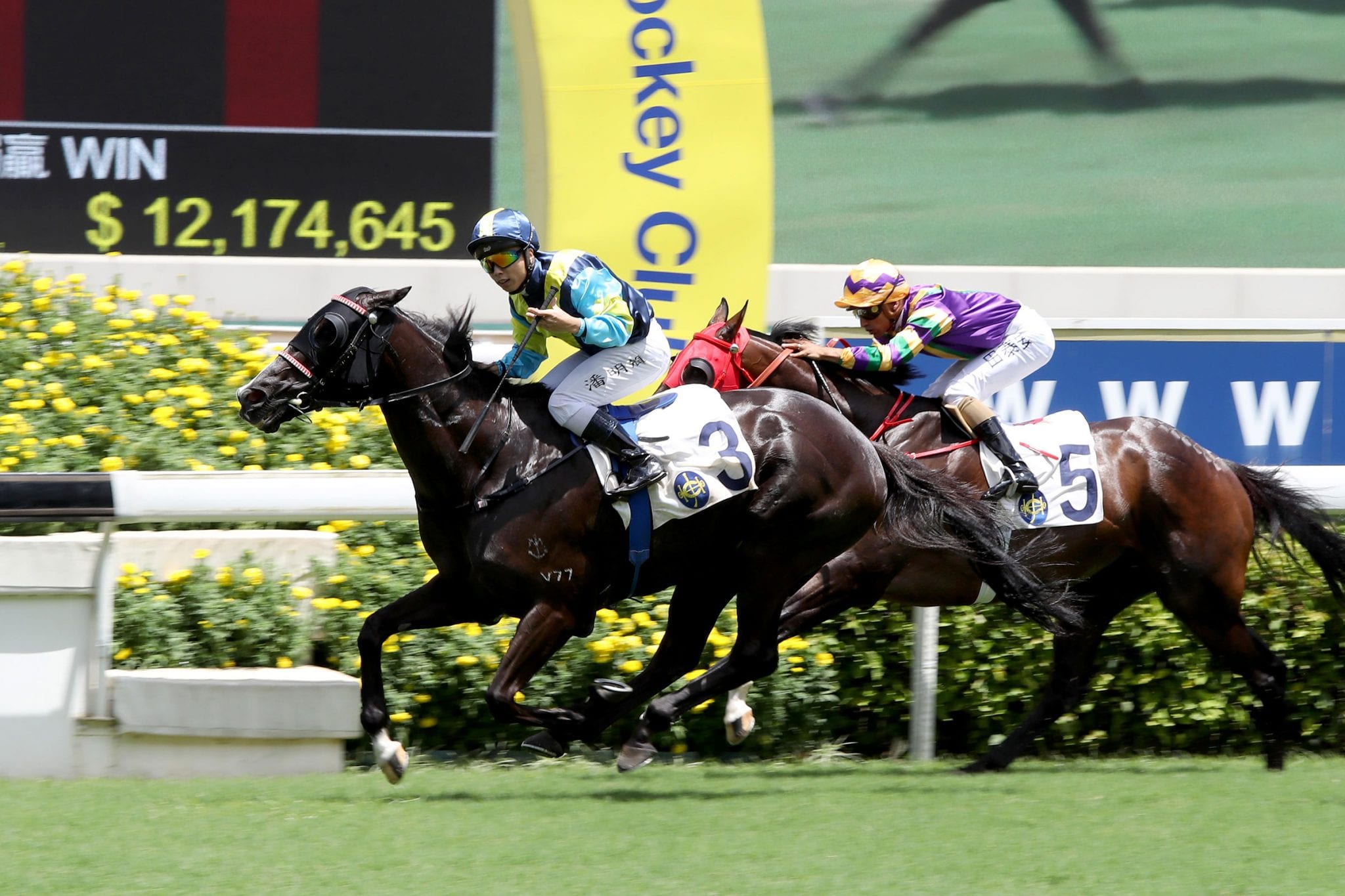 Jolly Banner might be in the twilight of his career as a nine-year-old but that didn’t stop him from snaring second in last month’s Group 1 LONGINES Hong Kong Sprint (1200m) against an international field and his recent form has trainer Ricky Yiu brimming with optimism ahead of Sunday’s (24 January) Group 1 Centenary Sprint Cup (1200m).

“I’m really happy with him – more than happy, especially because he is a nine-year-old – I think he’ll run very well,” Yiu said.

With 45 Hong Kong starts under his belt and HK$20.48 million in the bank, this weekend’s HK$12 million sprint represents his second last chance to snare a Group 1 before the season’s final top-level sprint, the Chairman’s Sprint Prize (1200m) on 25 April.

“This will be his last season – he’s a lovely animal, we’re so happy with where he is now and I’m happy for the owner,” Yiu said.

Although he is in the final stages of his career with retirement looming at season’s end, the Lonhro gelding is defying his age on the track and is arguably in career-best form with three runner-up efforts from four starts this term, including his slashing second last start to Japan’s Danon Smash in the HK$22 million showcase sprint.

“I’ve been looking after him since day one and I know what he needs – space between his runs that’s how we manage his legs, around six weeks – I can’t run him too much,” the reigning champion trainer said.

If successful this Sunday, the 114-rater would become the second nine-year-old to win at the top-level in Hong Kong after Able One did so in the 2011 Hong Kong Mile.

Yiu purchased his charge out of the 2013 Inglis Australian Easter Yearling Sale for AU$300,000 (approx. HK$1.77 million) and he had one start in Australia for one win.

“Not really (to surprising last start with his second at Group 1 level) – we always believed he could finish off well, two seasons ago he won a Group 3 over 1000 metres but 1200 metres is even better for him,” Yiu said.

Local ace Matthew Poon who has won a pair of Group 3 contests atop the seasoned galloper will be in the plate this weekend and the pair will set off from barrier eight against 10 others.

Poon has 12 wins this term and agreed with Yiu’s training method of keeping the nine-year-old fresh.

“We knew this (that his runs need to be spaced) back when I won the first of two Group 3s on him, Ricky (Yiu) kept him really fresh and his body felt good and then he ran good but if you race him too close he can’t quite give his all in the finish,” Poon said.

“He’s amazing, he is not young but Ricky (Yiu) has kept him very healthy and sound – he always tries very hard but I can’t expect too much though, I just hope that he feels good, runs well and if he wins well that’s a bonus,” the 27-year-old said.

Voyage Warrior will sport the visor for the first time in Sunday’s Group 1 Centenary Sprint Cup as the five-year-old chestnut aims to fulfill the immense expectations he received as a youngster with a win at the top-level.

The Declaration Of War gelding incurred a 40-point rating rise with three wins from his first four starts – saluting twice as a -500 favourite – and while brilliant on his day with comparisons to the great Amber Sky being drawn at one time, the five-year-old’s progress seemingly slowed with just two wins returned from his next 10 starts, the second, a surprise victory at +2300 in last season’s Group 2 Sprint Cup (1200m).

“It’s the same old field, so I’ve tried a different piece of gear this time – he responded well to the addition of the visor in a recent jump-out,” Yiu said.

The 117-rater finished eighth in last month’s Group 1 LONGINES Hong Kong Sprint and prior to that he grabbed sixth and fourth in consecutive Group 2 contests.

“He jumped better and he focused more, I think he needed a bit of a change of gear to help him perform,”

Reigning champion jockey Zac Purton will get the leg-up on Voyage Warrior, and has previously paired the PPG (Privately Purchased Griffin) three times for one win. This Sunday the duo will set off from gate one against Hot King Prawn, Wishful Thinker, Computer Patch, Fat Turtle, Big Party, Amazing Star, Stronger, Buddies and Regency Legend.

Yiu’s three-pronged assault on the weekend’s Group 1 double-header rounds out with Mighty Giant’s inclusion in the Group 1 Stewards’ Cup (1600m) against the might of Golden Sixty.

“Golden Sixty will be very hard to beat but we’ll be close – he hasn’t really jumped out that well in his last two runs but he’s pretty consistent to be honest.

“This is his third time over the mile and I hope that he can finish inside the first four – he has such a big long stride,” Yiu said.

The New Zealand-bred won five consecutive races before his streak was halted three starts ago by Golden Sixty in the Group 2 Jockey Club Mile, his first sortie at the level.

Irishman Neil Callan will take the reins for the first time this weekend from gate five against seven others including Southern Legend, Waikuku, Ka Ying Star, Rise High, More Than This and Champion’s Way.