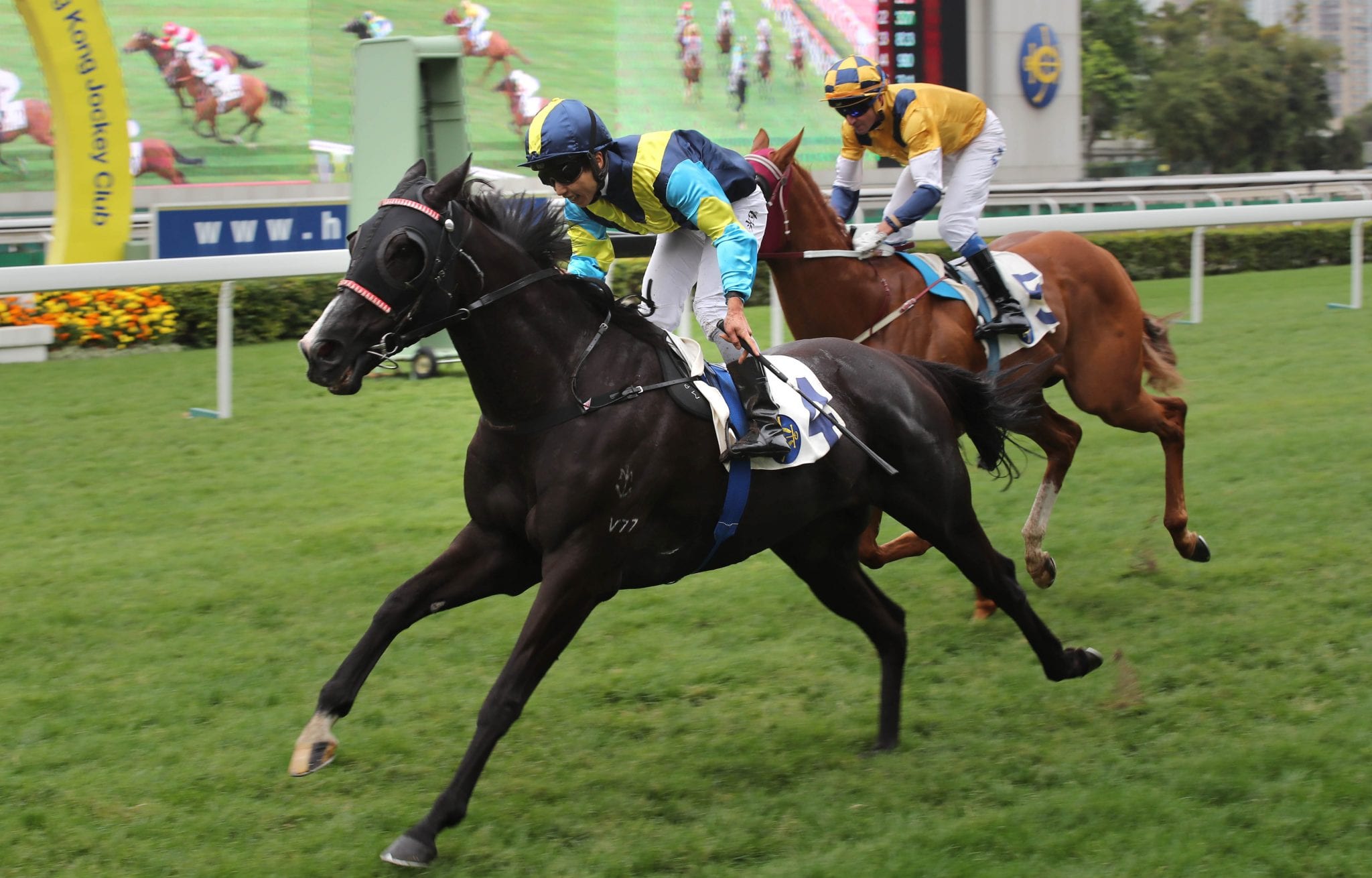 Champion trainer Ricky Yiu’s stable stalwart Jolly Banner is looking to land a third Group 3 win for his handler in Thursday’s (1 October) National Day Cup Handicap (1000m), ahead of what is likely to be the classy veteran’s sixth and final Hong Kong racing season.

“This will be one of his last few runs – probably by the end of the year we will try and send him back to Australia – he’s a nine-year-old, so we need to take it race-by-race,” Yiu said.

The Lonhro gelding has been nothing short of consistent across his career with HK$14.8 million to his name from 42 starts, featuring seven wins and 23 top three finishes, since his handler picked him out at the 2013 Australian Easter Yearling Sale for AU$300,000 (approx. HK$1.6 million).

“It was love at first sight!” Yiu said. “I rang up the client, who is the owner now, and straight away said we need to buy this horse – he’ll do well, I like him a lot, he’s a natural runner.”

The 109-rater’s last two wins have come at Group 3 level, firstly the 2019 Bauhinia Sprint Trophy Handicap (1000m) at +8900 and latterly the Premier Cup Handicap (1400m) three starts ago in June, both times with Matthew Poon in the plate.

From three runs down the 1000m Sha Tin straight, the game galloper has finished no worse than fourth, with a second-place finish also to go with that stunning Bauhinia Sprint Trophy win, which came at his first try at the straight dash.

Both the gelding’s Pattern race successes have come against small fields – five and four opponents – and this Thursday he faces six others, breaking from gate six with Poon again holding the reins. “The small field will suit him,” Poon said. “He’s drawn the outside over 1000 metres, so I think he has a bit of an advantage and he isn’t carrying too much, so I think he can still finish off well.”

But the 26-year-old rider is wary of his mount’s younger rivals. “There are just a few young up-and-coming horses like Victoriam, Gold Chest and Computer Patch who carry light weights, so let’s see,” Poon said. “Hopefully he can do it again this season as it could be his last, so let’s try and get the best result.”

Jolly Banner returned first-up at the season-opening fixture at Sha Tin, finishing second to Perfect Match in the Class 1 HKSAR Chief Executive’s Cup Handicap (1200m), with two of those younger rivals, Victoriam, and Computer Patch, behind him. This time though he is the third-highest rated horse and will carry 127lb to their 113lb and 117lb respectively.

“He’s still in good form, his last run was huge when he finished second over 1200 (metres),” Yiu said. “I wanted to keep him fresh following that and he’s back to 1000 metres as we don’t have much choice for these horses. I think he’ll run another good race – he’s very genuine even though he is a nine-year-old.”

“I gave him one trial and yesterday we galloped him – he looks good,” Lor said. “I think we’ll aim towards the big sprint in December but we will see how he runs first on Thursday.”

The Exceed And Excel gelding resumes off the back of one trial on the dirt under champion jockey Zac Purton, who again takes the reins on race day.

While Jolly Banner is in his final campaign, the future of Yiu’s stable will also be on show with the talented Mighty Giant (120lb) kicking off his season in the Class 2 Beijing Handicap (1400m).

The five-year-old bagged four wins in his first campaign, the last three in succession, as he climbed to a rating of 87, and returns after spending his summer at Conghua.

“I think he’ll move to up a 100 rating, he’s still not fully matured yet,” Yiu said. “I like to base him at Conghua, I sent him there to have a good break before he runs again this season because he will have a tougher season than last.

“It’ll be interesting to see how he goes in Class 2, especially with the wide draw but I think he’ll do well – the feedback from Conghua has been positive.”

“He’s a pretty large horse so the wide draw might not be a bad thing; Zac knows him well and he’ll put him in a good position – a positive position.”

The Caspar Fownes-trained Sky Field made a big statement to end last season and picked up this term exactly where he left off, returning in style with a dazzling first-up victory.

He goes again in Thursday’s Class 3 Shanghai Handicap (1200m) but his handler is being level-headed about his chances despite his exciting young gun taking on a field of only six opponents.

“He’s a horse with a lot of upside – he’ll carry 133 pounds on the weekend and even though it’s a small field, in this game you still have to respect your opponents because someone can get a soft sectional and pinch it or you can get caught up in traffic,” Fownes said.

The Deep Field youngster received nine points for that first-up performance and now sits at a career-high mark of 80. “He’s one of the few horses that really excites me – he’s got a big engine and he’s still learning his trade, so there’s a lot of upside with him,” Fownes said.

“Hopefully we can pinch races along the way and he learns a bit more, and that he strengthens up to go with that and then we can have a horse that’s pretty exciting for the future.”

Fownes could target his charge at the first leg of the three-race Four-Year-Old Classic Series, the HK$12 million Hong Kong Classic Mile on Sunday, 24 January, 2021.

“His next race, no matter what, will be a Class 2 race and it’s whether or not I go to 1400 metres, but at this stage I’ve earmarked a contest on the 24th (October) for him to step up in trip and in class, so hopefully he can get the job done for us on Thursday,” Fownes said.

Thursday’s 10-race fixture at Sha Tin kicks off at 1pm with the first section of the Class 4 Chengdu Handicap (1200m), while the Group 3 National Day Cup Handicap (1000m) features as the seventh race.