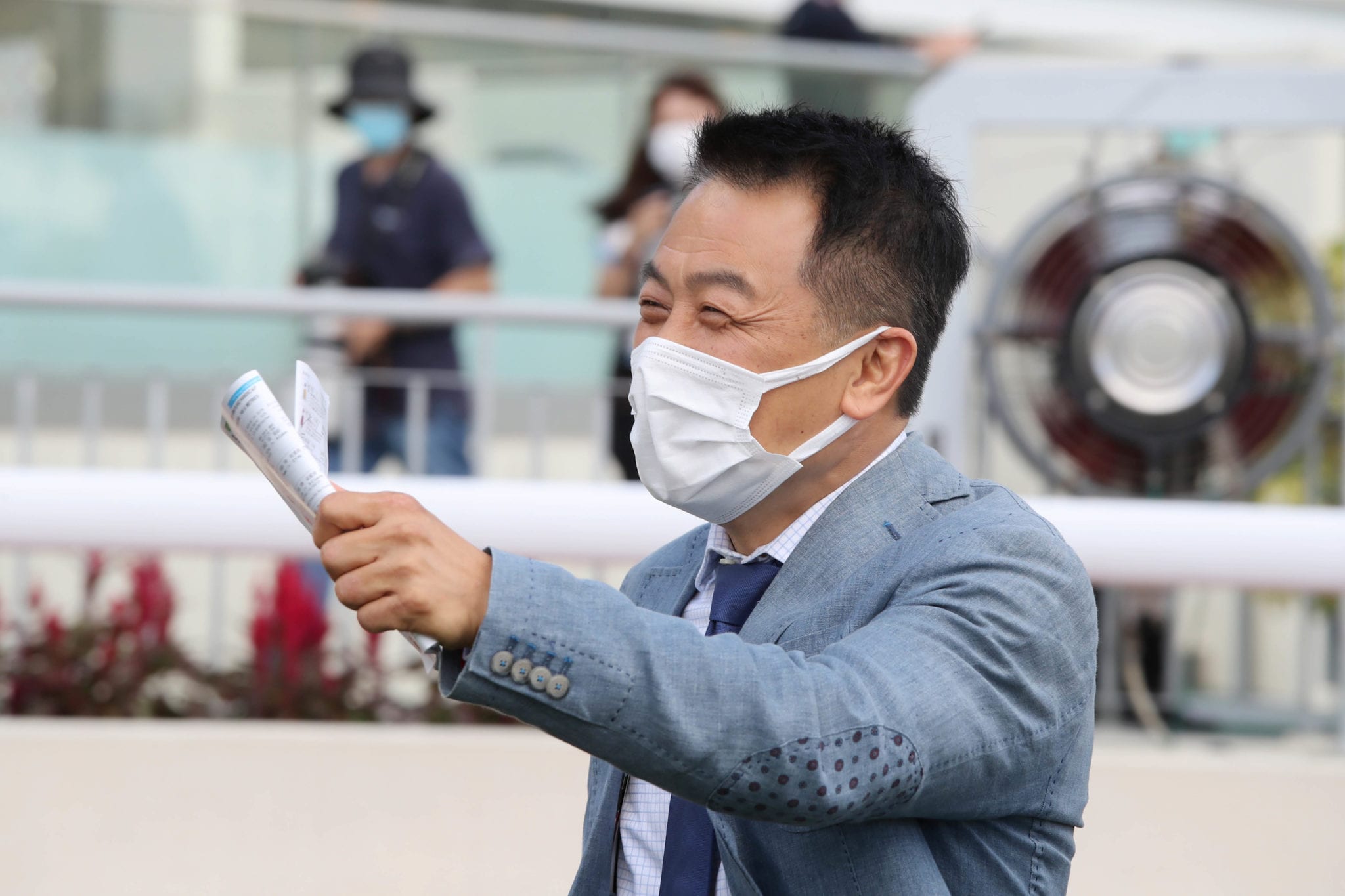 The heat is on in the race to be champion trainer with front-runner Ricky Yiu feeling the burn at his back after closest rival Francis Lui maintained his excellent form with a double at Sha Tin on Saturday, 27 June.

Yiu had to sit and suffer on Wednesday night when a Lui four-timer lifted the unassuming chaser to within two wins. That became a slender lead of one after the Lui stable’s brace this afternoon but Yiu was keeping his usual cool after +2600 longshot Alcari helped his cause.

“Every single win counts heavily!” Yiu said, with a shrug, after Alcari’s score in race nine took him to 62 wins for the term; Lui hit back with Water Diviner in the finale to end the day on 61.

“Francis’ four wins on Wednesday was amazing – two of those wins were supposed to be Vincent’s (Ho) and Zac (Purton) didn’t have a ride but he got those two, so it was fate,” he added.

But Yiu, who has led the pack for most of the season, is hoping his sustained approach and hard work will draw the fates his way through the season’s final five fixtures. “I’ll keep my head down, keep focused and do my best, then there’s no regret,” he said.

Alcari earned his first win in two years off a run of hitherto modest form in 2020 that prompted Yiu to send the five-year-old for a revitalising sojourn at the Hong Kong Jockey Club’s Conghua facility.

“He’s another one from Conghua; only Conghua can explain why he won today. Quite a few of my horses have run well after going to Conghua so I have to believe that’s the same with this horse,” he said.

Lui, meanwhile, had close ally Vincent Ho in the plate for Winston Lad’s early-card triumph in section two of the Class 4 Peng Chau Handicap (1200m), and then turned to Jack Wong – without a win since suffering an injury in April – for Water Diviner’s deep-closing victory in the Class 2 Lantau Island Handicap (1400m).

“Water Diviner was a big surprise but if you see how he ran last time, you can see he has that ability; a lot depends on the situation with him and today the pacing and the light weight suited him,” Lui said.

The handler has nailed 10 wins in June to pile the pressure on Yiu but he too is looking over his shoulder as he attempts to seal an unexpected first career championship.

“It’s exciting, of course,” he said. “I just don’t have much left but the horses are in form. I try my best, I don’t want to focus on who is doing what – even Tony Cruz is also there.”

Cruz continues to creep into contention as steadily as his silver locks are lengthening. The two-time champion trainer relied on Party Everyday to take his tally to 58; the gelding came up best in the Class 4 Tung Lung Chau Handicap (1650m, dirt) to give jockey Karis Teetan his 23rd win this term on a Cruz stable galloper.

The battle for the jockeys’ championship is still on but Joao Moreira was able to pull just one win back on Zac Purton. The Brazilian rode a double to Purton’s single score but that still left the Australian six wins ahead with five fixtures left, one of which Moreira will sit out due to suspension.

Moreira hit the mark on the Manfred Man-trained E Star in the Class 3 Cheung Chau Handicap (1200m) before capturing a satisfying victory on Heza Beauty in the Class 4 Po Toi Handicap (1400m), for his main patron, John Size.

“John has done most of the work just to teach Heza Beauty to settle down properly and only now has he been able to put it together and perform, and do it straightforwardly for me. We know he has ability and he should improve a lot more from this run,” Moreira said.

Purton enjoyed an impressive win aboard the Danny Shum-trained Angel Of My Eyes in section one of the Class 4 Peng Chau Handicap (1200m). The defending champion jockey has 137 wins on the board to Moreira’s 131.

John Moore is moving through the dimming twilight of his Hong Kong career without a faltering step and secured his 52nd and 53rd wins of the season in tandem with Vagner Borges, a rider beginning to bloom one year on from his initial brief brush with the circuit.

Borges has struck up a noticeable partnership with Moore, who will leave Hong Kong for Sydney at the end of the campaign. The duo have secured eight wins together, the latest two being the upwardly progressing Beauty Happy, who earned his third win on the bounce under the Brazilian rider, and the Hong Kong International Sale graduate, Touch Of Luck.

“They gave that race to him on a plate!” Moore said after Borges set the tempo on Beauty Happy and eased past the post a length and a quarter clear in the Class 3 Kat O Handicap (2000m).

“They let him just dictate, increase the tempo and you could see what the outcome was going to be, he was going to sprint in the straight, for sure. I think everybody there fell into a bit of a trap, but to our benefit.”

Borges rode five meetings here last term for no success, but has collected 16 wins since his return to Hong Kong in mid-March.

“Some owners had come to me and said they didn’t think he could ride a good 2000-metre race, but I tend to disagree with that comment. His dictating today was right on song,” Moore revealed.

“I’ve helped him make into a better jockey in Hong Kong and he’s now getting support throughout the stables, which I’m happy about because he is a very nice fella; he does follow instructions close to what he’s been asked to do and I believe he’s got a future in Hong Kong.”

Borges emphasised that point with Touch Of Luck’s smooth score in the Class 3 Grass Island Handicap (1650m, dirt). The jockey took advantage of gate two and stalked the pace, before shifting out and bowling four and a quarter lengths clear.

“They were two big horses with big chances and everything went right to get the wins. I’m very pleased with the support and advice Mr. Moore has given me,” Borges said.

Caspar Fownes maintained his stable’s good form when Double Take grabbed the opener, the Class 5 Waglan Island Handicap (1650m, dirt). Neil Callan drove the three-year-old to his maiden win, taking the Irishman’s season’s tally to a healthy 24 before he was stood down after spraining his left hip in race five.