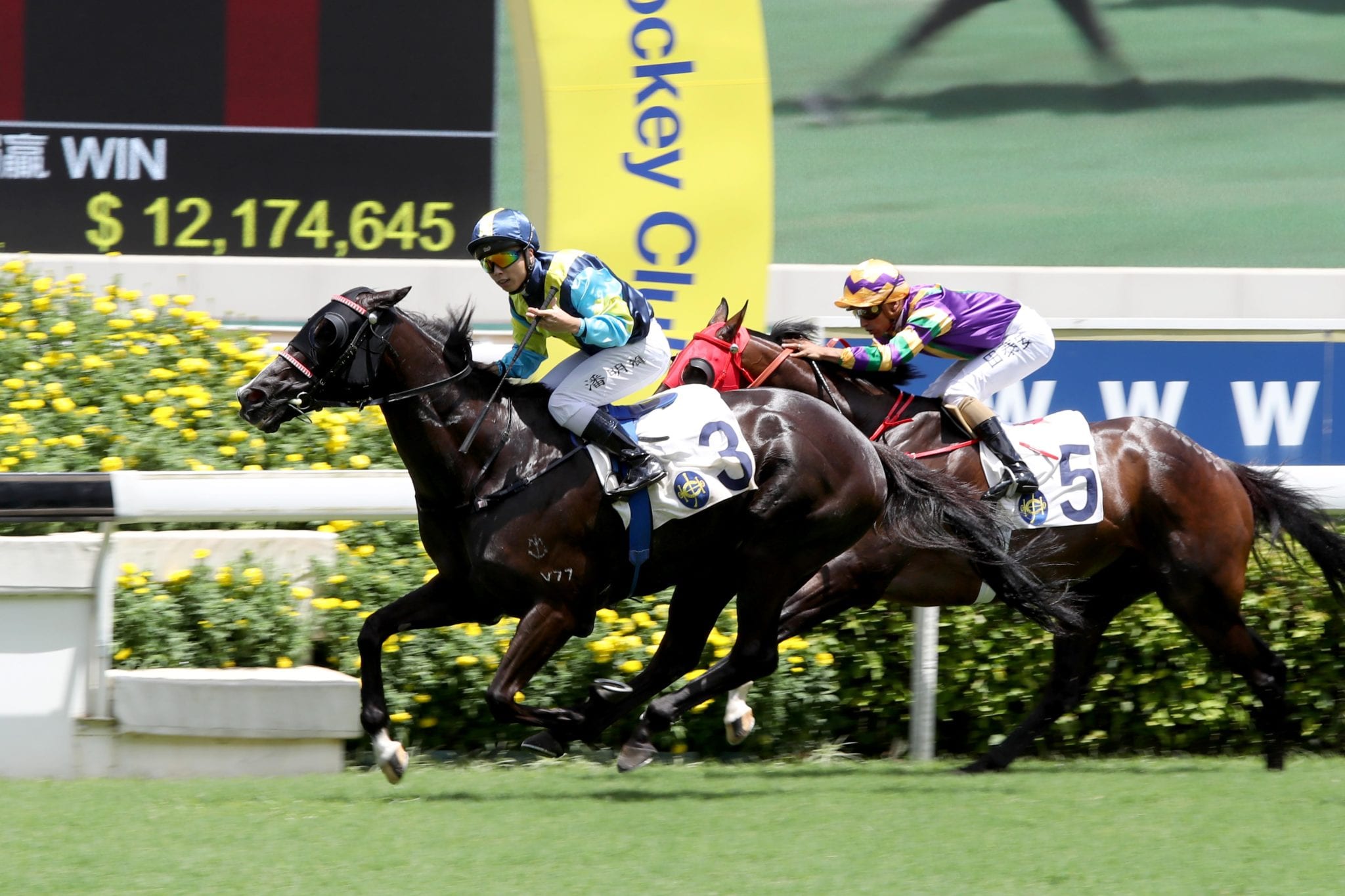 Yiu leads the trainers’ championship by one win, with Francis Lui in second (64-63), but with 13 intended runners to his rivals eight, the 62-year-old will be looking to secure much needed breathing room at the top of the standings ahead of the season’s final race meeting next Wednesday (15 July) at Happy Valley.

With 808 races behind them, Yiu and Lui enter the final 20 contests of the season vying for the lead – with Tony Cruz pressing in third with 61 wins – and it is young gun Matthew Poon who is proving to be a small but crucial piece of Yiu’s championship cause.

Yiu has seven wins since the start of June and three have come with Poon in the plate, including Jolly Banner’s Group 3 Premier Cup Handicap (1400m) victory. The 25-year-old has four wins for Yiu this season and reunites with the Lonhro gelding this weekend.

The veteran gelding scooted past younger rivals last start over 1400m with 114lb on his back, but this time will have to step up to 1600m with top-weight, as the highest-rated horse in the field on a mark of 108.

The jockey has no concerns about the step up in trip but remains wary of the 17 extra pounds he lugs this time. Poon’s local jockey allowance takes two pounds off, meaning he’ll break from gate three with 131lb on his back.

“It’s a small field but my concern is the 131 pounds; I think this is the only thing that will affect how he finishes the race, otherwise I think he is all good,” Poon said.

“One or two years ago he raced over the mile and he wasn’t too far away, I think the step up to the mile is no problem, it just depends on if he can carry the top weight or not.”

Jolly Banner is one of two runners for Yiu in Sunday’s hot mile contest, the other, Preciousship, has apprentice Jerry Chau’s 10-pound claim set to reduce his burden to 117lb.

“General’s Delight got on pretty well last start, he had a beautiful spot and I thought he gave me his best in the straight. He ran a fair race for himself, it was a tough task for him but I was very happy with the run,” jockey Karis Teetan said.

The gelding was known as Millard Reaction pre-import and won twice at Doomben before tasting defeat at his third and final Australian run in the Listed South Pacific Classic (1400m) at Royal Randwick in early 2019.

“He’s done a bit this season; I think the freshen-up will have been good for him and I know Douglas (Whyte) is very happy with the horse. He has a good gate, there’s no weight on his back so I do think he’ll be competitive,” Teetan said.

Teetan has enjoyed a stellar season with 90 wins to his name, a new personal best, as well as a Group 1 score aboard Mr Stunning in the Chairman’s Sprint Prize (1200m) and victory in the LONGINES International Jockeys’ Championship in December.

“I will have a chat to Douglas to decide what we want to do but to be honest I don’t really think General’s Delight is a front-running horse – he needs to be a bit relaxed, but I’ll go through the race with Douglas,” Teetan said.

The Sepoy gelding joined the Millard stable five runs ago as a winless five-year-old, and since then has gone from strength to strength, adding three wins to his name.

“He’s done well his last couple of runs, he’s come from a long way down in Class 4 and now he’s in Class 2,” Teetan said.

An untimely suspension last Sunday at Sha Tin means Joao Moreira misses the Happy Valley finale next week and will close out this season at Sha Tin on Sunday with a full book of 11 rides, including the Yiu-trained Good Luck Friend (131lb) in the day’s last race, the Class 3 Entrapment Handicap (1200m).

“He’s got quite a bit of ability, he’s talented and where he is at the moment, ratings wise, he is not going to get stuck there; it’s hard to predict but I feel like there is plenty more left in him,” Moreira said.

The Swiss Ace gelding is looking for a hat-trick of wins and is already a three-time winner across his short career in Hong Kong.

“He’s done nothing wrong his last two starts, last start in particular he was a bit unlucky as I got held up and stuck behind horses in the home straight, but he fought hard to get the win,” said Moreira, who has 135 wins and, barring an extraordinary turn of events, is set to finish second to Zac Purton in the premiership.