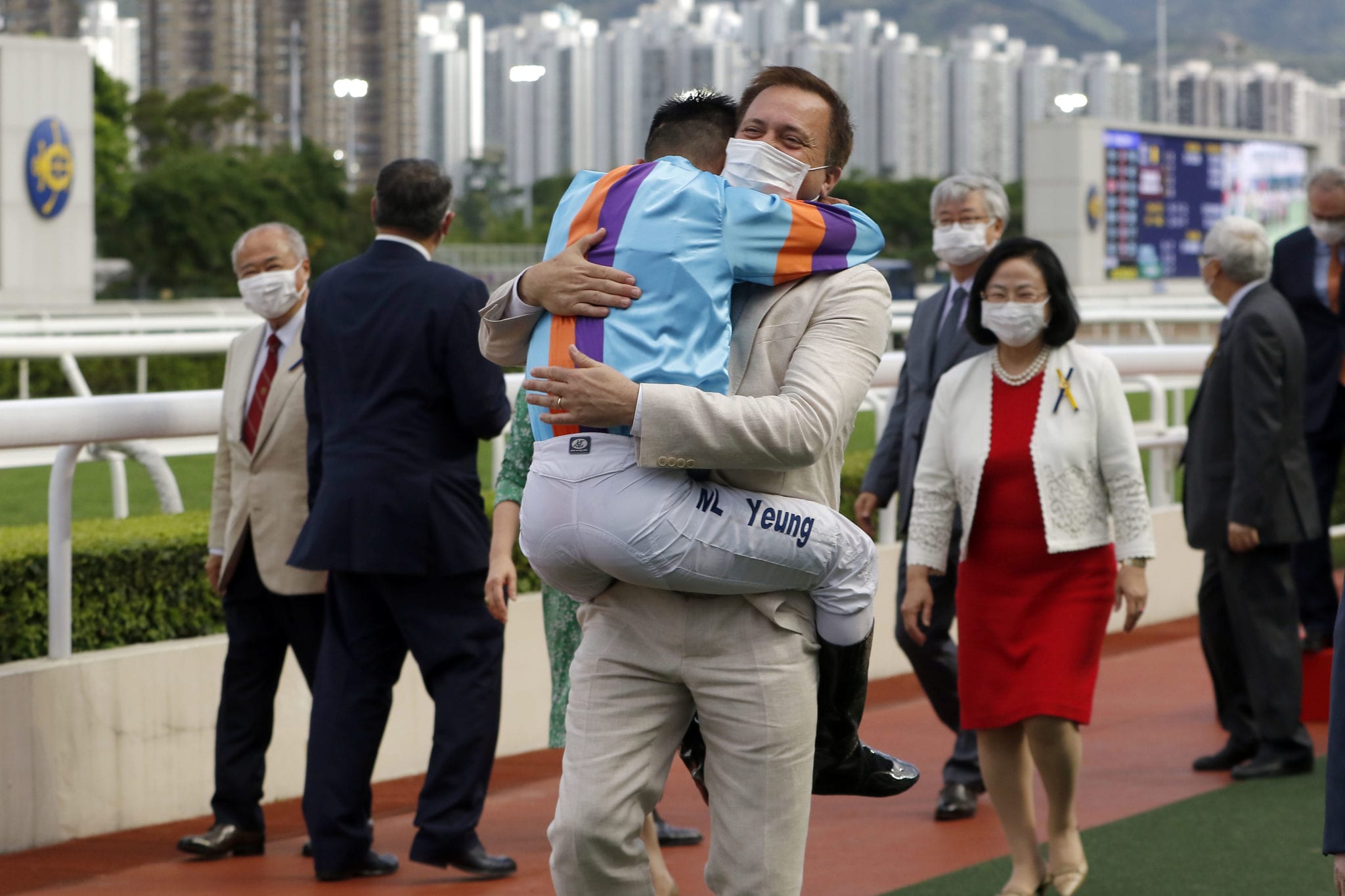 Dances With Dragon demolished his rivals in the Group 3 Premier Plate Handicap (1800m) at Sha Tin on Sunday, 21 June, to give jockey Keith Yeung a much-needed boost.

The rider, champion apprentice in 2009/10, nailed his first career Group race win to take his season’s tally to seven wins. That prompted buoyant scenes, with trainer Caspar Fownes lifting Yeung off his feet in bear-hugging celebration.

“I’m very happy, mostly for Keith, he needed this winner,” Fownes said. “I’m glad that I stuck with him and gave him the chance to do that.

“I’m sure he’s needed that win to pick up his morale and just get in a good place. Hopefully he’ll get some opportunities going into the new season because he doesn’t do much wrong; he rides pretty good and he rides 113(lb). All in all it’s a great result for Keith.”

Yeung, who had posted only one win in the previous seven months, was most pleased with the support of Fownes and Dances With Dragon’s owners the Wong family.

“The fact that it’s a Group 3 is not that meaningful to me, in the sense that it’s just a win, but what makes it meaningful for me is that Caspar and the owners gave me the ride. The horse had a chance and for them to support a jockey who has had only one win in more than six months, some would say that is crazy. But they handed me a good horse like him and they had faith in me – that really touches me,” Yeung said.

Dances With Dragon has now won four of six starts since switching to the Fownes stable early this year. The six-year-old, winner of the Group 1 Levin Classic in New Zealand in 2017, has climbed from a rating of 83 to today’s mark of 104 since joining Fownes.

Yeung was aboard for a sixth-place finish last time out but this time he settled the Savabeel gelding fifth behind the pace-setting More Than This (120lb), swept wide into the straight and powered home from the 400m point to open a wide margin on his seven rivals.

“He’s won well but he was carrying no weight on his back,” Fownes said. “He’s got a good spot and just sprinted away from them. It doesn’t matter what he does now, he’s proven that he’s up to that level. He’s done his job as far as I’m concerned – his first win was in Class 3 and now he’s got a Group 3 at his fourth win for me so I’m very happy.”