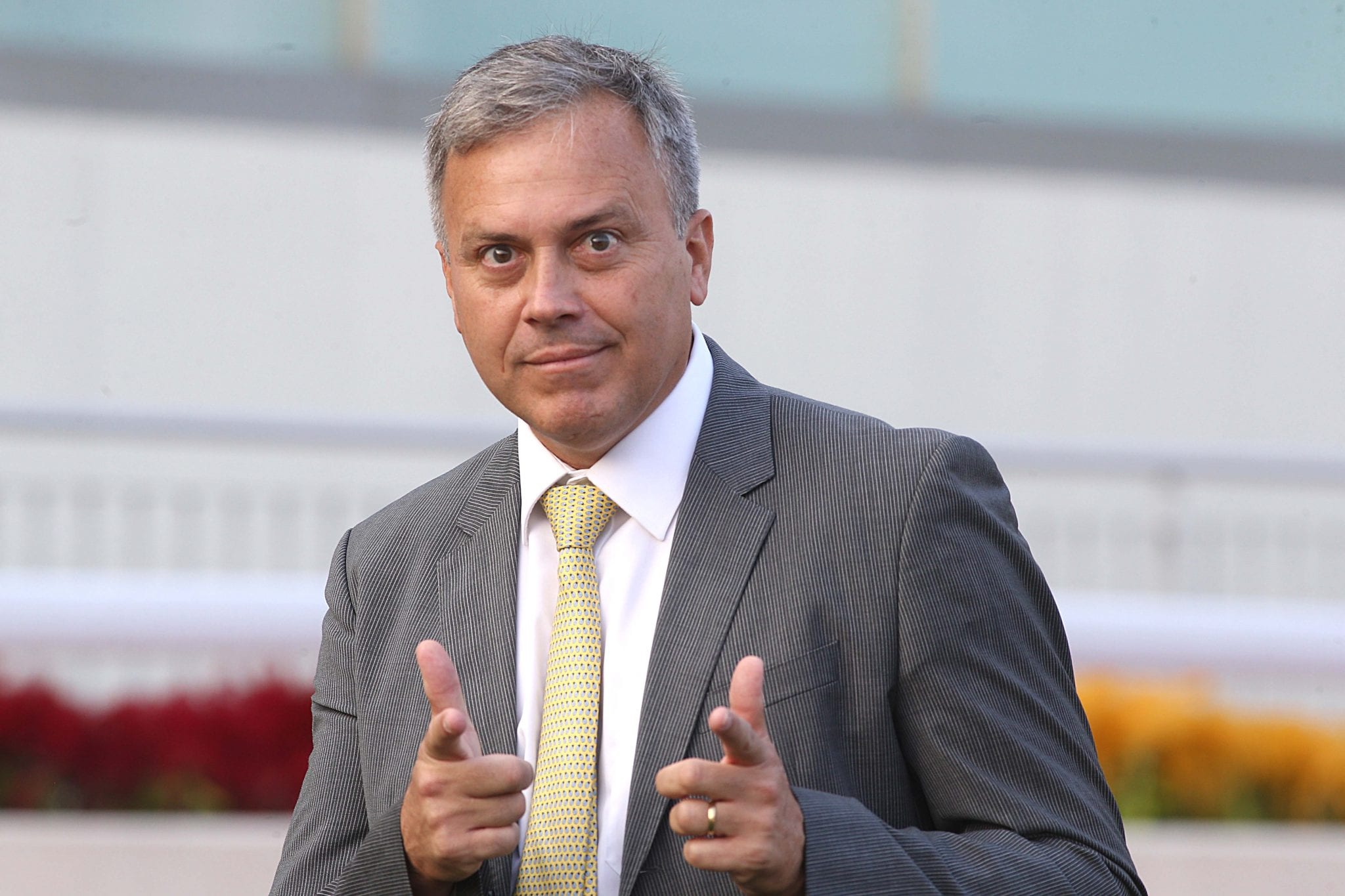 While Golden Sixty and Beauty Generation are set to renew their rivalry, Fownes has his pair in the mix to topple the favoured duo, something he has achieved dramatically in the past. The handler brought an end to Beauty Generation’s 10-race win streak in this contest last season with Rise High, before overthrowing the veteran champ again when Southern Legend won the Group 1 FWD Champions Mile in April.

But Fownes admits Sunday’s task will be a difficult one for both his entrants against the favoured two as they edge closer toward their December targets.

“Golden Sixty looks hard to beat and Beauty Generation also but I think third place is up for grabs. Dances With Dragon kept on coming (last time), he was beaten four lengths but now stepping up to the mile it’s going to be a bit better for him,” Fownes said.

Dances With Dragon finished seventh in last month’s Group 3 Celebration Cup Handicap (1400m), while Golden Sixty was a runaway victor ahead of Beauty Generation and Champion’s Way who shared second, with Southern Legend in fourth.

“I was very pleased with Southern Legend’s first-up run,” Fownes said. “He’s an eight-year-old, so I’m just trying to nurse him along and get him to give us one big performance when it really counts in December. But he looks a treat, he’s very healthy and I’m sure he’ll run a nice race.”

But as a Group 3 winner already over 1800m, Fownes is eager to see how Dances With Dragon fares in next month’s Group 3 Sa Sa Ladies’ Purse Handicap (1800m).

“His realistic race to win is the Group 3 Sa Sa Ladies’ Purse because Exultant will run there and then we get that nice weight relief off him,” Fownes said.

The Savabeel gelding joined the Fownes yard in the middle of last season and since then has won four times from seven tries for the handler, including a four and three-quarter lengths romp in last season’s Group 3 Premier Plate Handicap (1800m).

With that under his belt, Fownes is keen to aim the New Zealand-bred towards the Group 1 LONGINES Hong Kong Vase (2400m), should his rating permit.

“We’ll see what happens in the Sa Sa Ladies’ Purse but we’re certainly looking at stretching him and running him in the Hong Kong Vase because his win in the Premier Plate over 1800 metres was so good: he ran through the line strongly and by December he’s going to have the miles in his legs and he’s going to be relaxed,” Fownes said.

“If he switches off – he can reel off a massive sectional so why couldn’t he run it over 2400 metres? It’s worth taking a chance. His rating is still not there at 113 but if he can win something like the Sa Sa Ladies’ Purse and lift it to 118 then we’re nearly up with the big boys off set weights,” Fownes said.

The gelding has never been stretched beyond 2000m, and he has attempted that trip only twice before, once in Hong Kong when fourth under the care of his previous handler in February 2019.

“In December it will all be (level weights) 126 pounds so that’s why his rating is just lacking a little bit, but at the end of the day, when we run him over the trip he might be quite handy,”

The gelding will again pair with Keith Yeung for Sunday’s task while Karis Teetan will ride Southern Legend.

“Keith Yeung is booked to ride on Sunday and in the Sa Sa Ladies’ Purse, while Karis Teetan will ride Southern Legend all the way through to the Hong Kong International Races,” Fownes said.