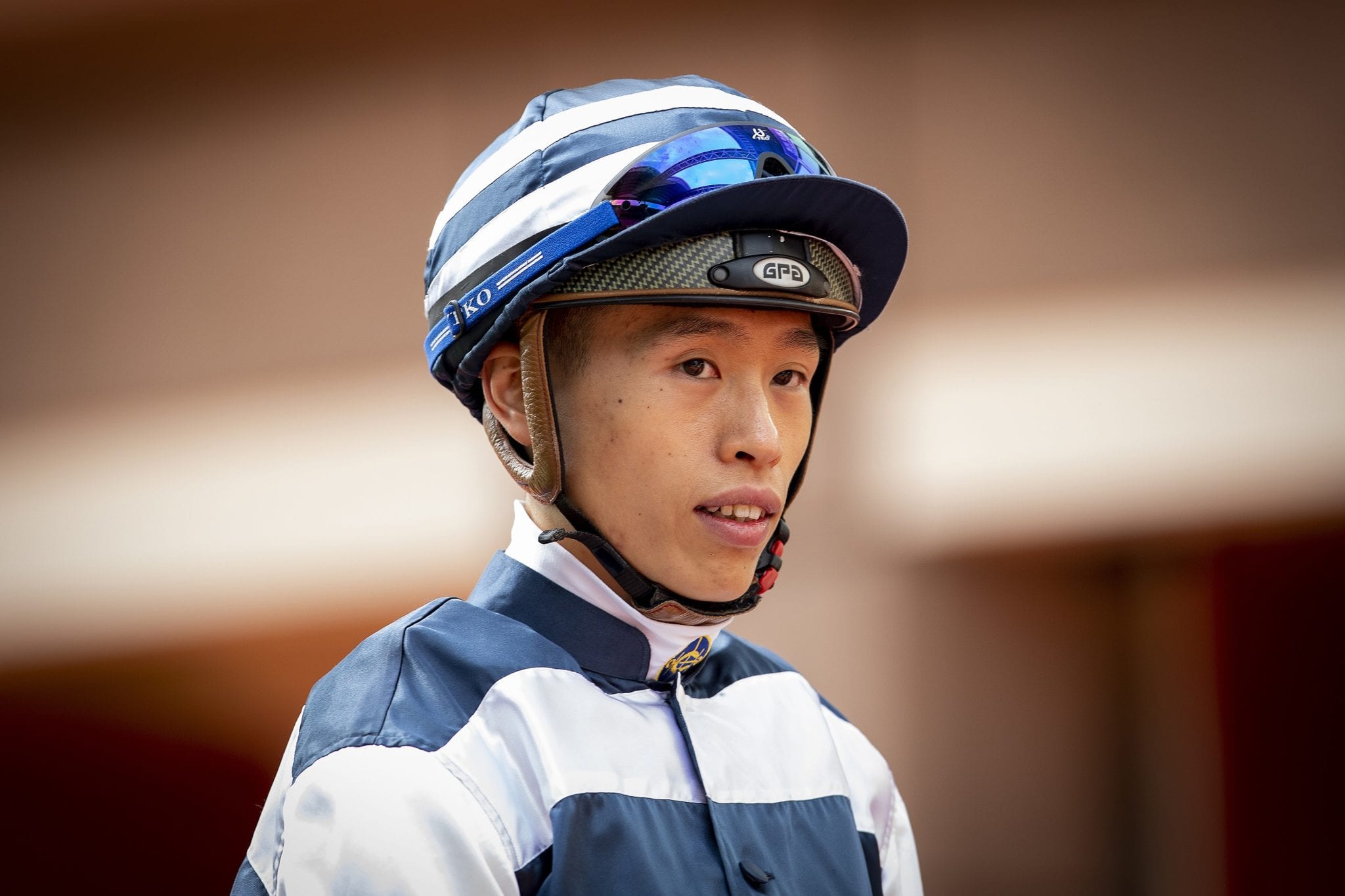 Vincent Ho bagged his first Group 1 victory aboard Southern Legend in the FWD Champions Mile and on Sunday (21 June) at Sha Tin they pair up again in search of more Pattern-race success when they tackle the HK$3.25 million Group 3 Premier Plate Handicap (1800m).

Ho has a soft spot for the tough galloper who provided him with a much-desired and deserved breakthrough in the top grade.

“Southern Legend is such a good horse and to get my first Group 1 win on him was very special; it hasn’t been easy, I’ve been working extremely hard on myself and hopefully we can win more big races together,” Ho said.

The 30-year-old has come a long way since he started out with 44 wins in New Zealand as an apprentice; he has since claimed Hong Kong’s champion apprentice title and is Hong Kong’s leading homegrown rider; he has raised his international profile in the past two years with seven wins across two successful stints in Britain, a Shergar Cup win at Ascot, his Four-Year-Old Classic Series sweep this term aboard Golden Sixty and that first Group 1 triumph.

This Sunday at Sha Tin though, the 2018/19 Tony Cruz Award winner will look to cap a remarkable 2019/20 campaign with success in the season’s final Group race, the Premier Plate.

“He hit a flat spot and it took a bit of time to pick him up again, at one point I thought he was gone, because carrying top weight is never easy. But his form is still good – he’s still there,” Ho said.

Three-time champion trainer Fownes has also been pleased with his seven-year-old gelding following his last run.

“He’s come through his last assignment really well, I was going to put him away but he’s just bouncing and he’s in good form so I thought, well, he can have one more spin around,” Fownes said.

The dual SIN Group 1 Kranji Mile winner is aiming for his third win this season and second at Group 3 level over 1800m, following on from his Sa Sa Ladies’ Purse Handicap score in November.

“His last run was outstanding, the horse is very fit and I think the distance is not going to be a problem at all, but again he’s in great form, he’s got gate two – he’ll make his presence felt again,” Fownes said.

“It’s always tough though in Hong Kong to be giving some very good horses weight, especially giving some half-decent horses 20 pounds, and you have to respect Furore who gets a few pounds off – he’s a horse with a lot of class.”

Fownes also prepares Dances With Dragon (113lb) for the nine-furlong contest with jockey Keith Yeung in the plate again.

“His last effort was good – he clocked the third fastest final 200 (metres), so if he can reel off some good final 200’s then he’s going to make his presence felt as well,” Fownes said.

Karis Teetan stole the show last Sunday (14 June) at Sha Tin with a fantastic four-timer and with a full book of rides including Furore in the Group 3 Premier Plate Handicap (1800m), the man dubbed the ‘Mauritian Magician’ is looking to weave more of his magic in the HK$3.25 million contest.

“It’s been a good season, it’s not always easy but I’ve been working hard and I just need to keep on fighting and try to ride as many winners as I can,” Teetan said.

“Last week, the four winners gave me a little bit more toward the end of the season and the Group 3 on Sunday, it would be perfect if I could add that.”

Three wins shy of his personal best 84, Teetan pairs with the Tony Cruz trainee for the third time in succession, having finished in the placings twice aboard the gelding at Group 1 level.

“He’s run over 1800 before, he’s the type of horse who deserves a win at the moment because he’s been running so many good races against so many good horses, he’s not taking on the really top horses, Southern Legend is the horse to beat for sure but he definitely deserves his chance,” Teetan said.

“He’s (Furore) pretty easy to ride, he gets himself very relaxed in the race and he’s always there at the finish, over 2400 (metres) last start he never stopped, he just kept on grinding so hopefully we can get him into a decent spot and from there I’m pretty sure he’ll be able to finish strongly,” the 30-year-old said.

One of two four-year-old’s in the race, More Than This (119lb) steps out again for trainer Francis Lui and jockey Zac Purton. The British-bred bay placed in all three legs of the Classic Series before finishing fifth to Southern Legend in the FWD Champions Mile.

“He’s a horse that doesn’t travel in his races, he makes life hard for himself and in the straight he’s just been whacking away a little bit,” Purton said. “I’d like to see him attack the line with a little bit more purpose but he’s had the freshen up, he feels really good in his work I think it’s the best he’s been working in the recent times that I’ve been riding him – so I’m really happy with him.”

The other four-year-old in the race is Savvy Nine (113lb) and rounding out the field are Harmony Victory (120lb), Preciousship (113lb) and Helene Leadingstar (113lb).