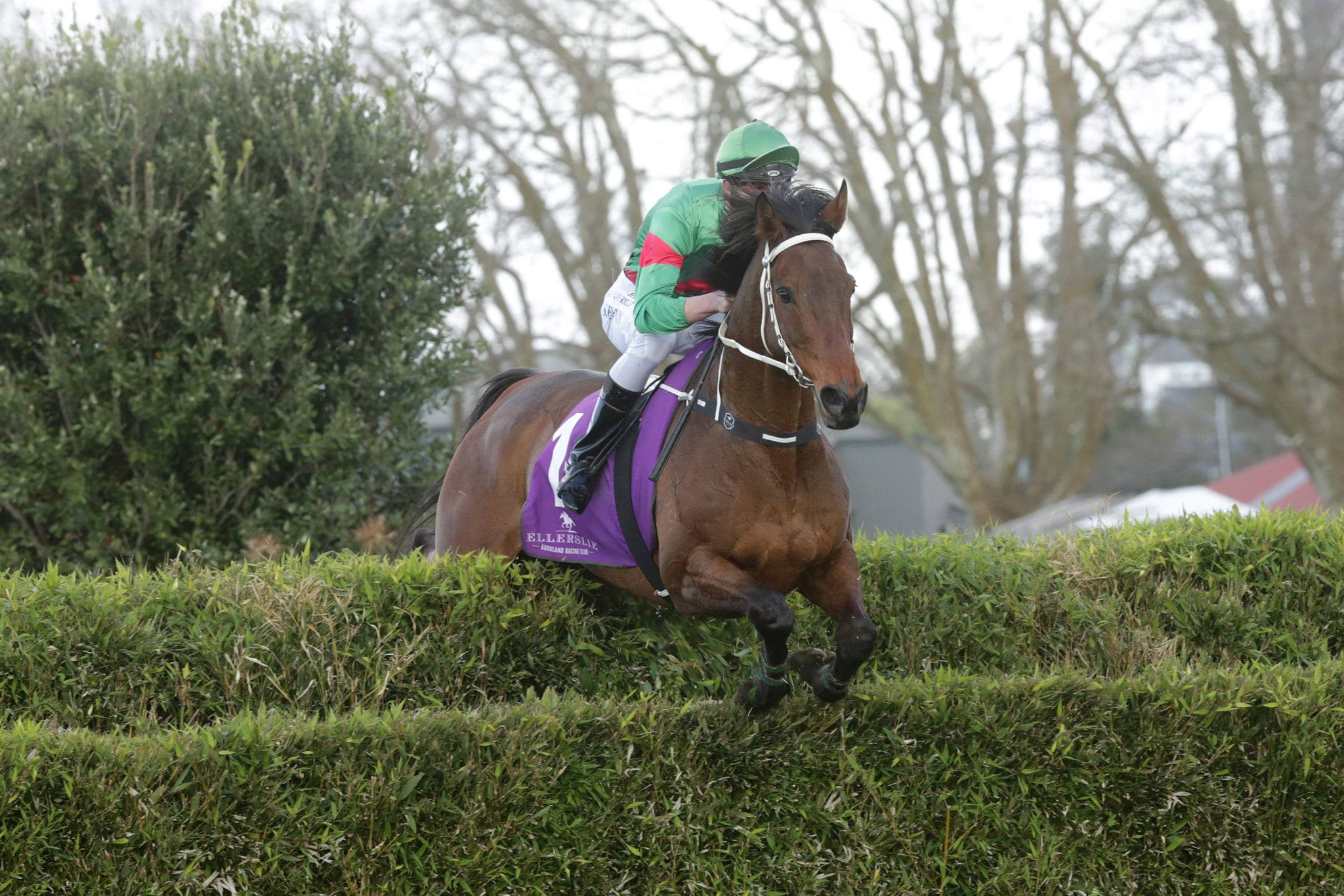 Wise Men Say added his name to the Ellerslie record books when he took out one of the world’s iconic jumping races, the Network Visuals Great Northern Steeplechase (6400m), for the second time on Saturday. The ten-year-old, who had won the race in 2017, adopted tearaway tactics as he led from go to whoa to defy his rivals under the urgings of rider Shaun Fannin.

The pair gave a faultless display of jumping in front throughout after taking command at the first fence of the 6400m journey. Coming down the famed Ellerslie hill for the last time Wise Men Say had an eight-length advantage on his nearest pursuer, Crash Bandicoot, with the rest of the field chasing hard a further ten lengths away.

The Yamanin Vital gelding jumped the last neatly and slogged his way home over the final 250m to win by a rapidly diminishing one and a half-length margin from rank outsider Kings Kite who charged home to claim second from the tiring Crash Bandicoot and race favourite Lacustre. “It was a 10 out of 10 ride,” trainer Raymond Connors said. “I told him (Fannin) to ride him handy but I wasn’t expecting that to be honest. “This race suits him, it’s tailor-made as he is a true stayer.”

Fannin was happy to take control of the race after following his instructions from Connors. “I was just happy to have him up there as there looked no speed in the race on paper,” Fannin said. “He was happy in his action out in front, jumping nicely and he is a very dour stayer so it was catch me if you can. “He was really relaxed and I didn’t think I was going too hard. I gave him a squeeze coming down the hill and he quickened nicely.

“I know how tough he is as he had already won it two years ago so I wasn’t going to sit around at that stage and he proved too tough at the finish. “I’m two from two on the horse now so I have a big thank you to say to Mark.”

Fannin went close to scoring a coveted double on the day after being narrowly beaten on Laekeeper in the other feature jumping event, the Boutique Body Corporates Great Northern Hurdle (4190m). With the victory Wise Men Say took his career record to nine wins for 34 starts and over $332,000 in stakes earnings for owners Raymond and Mark Connors.