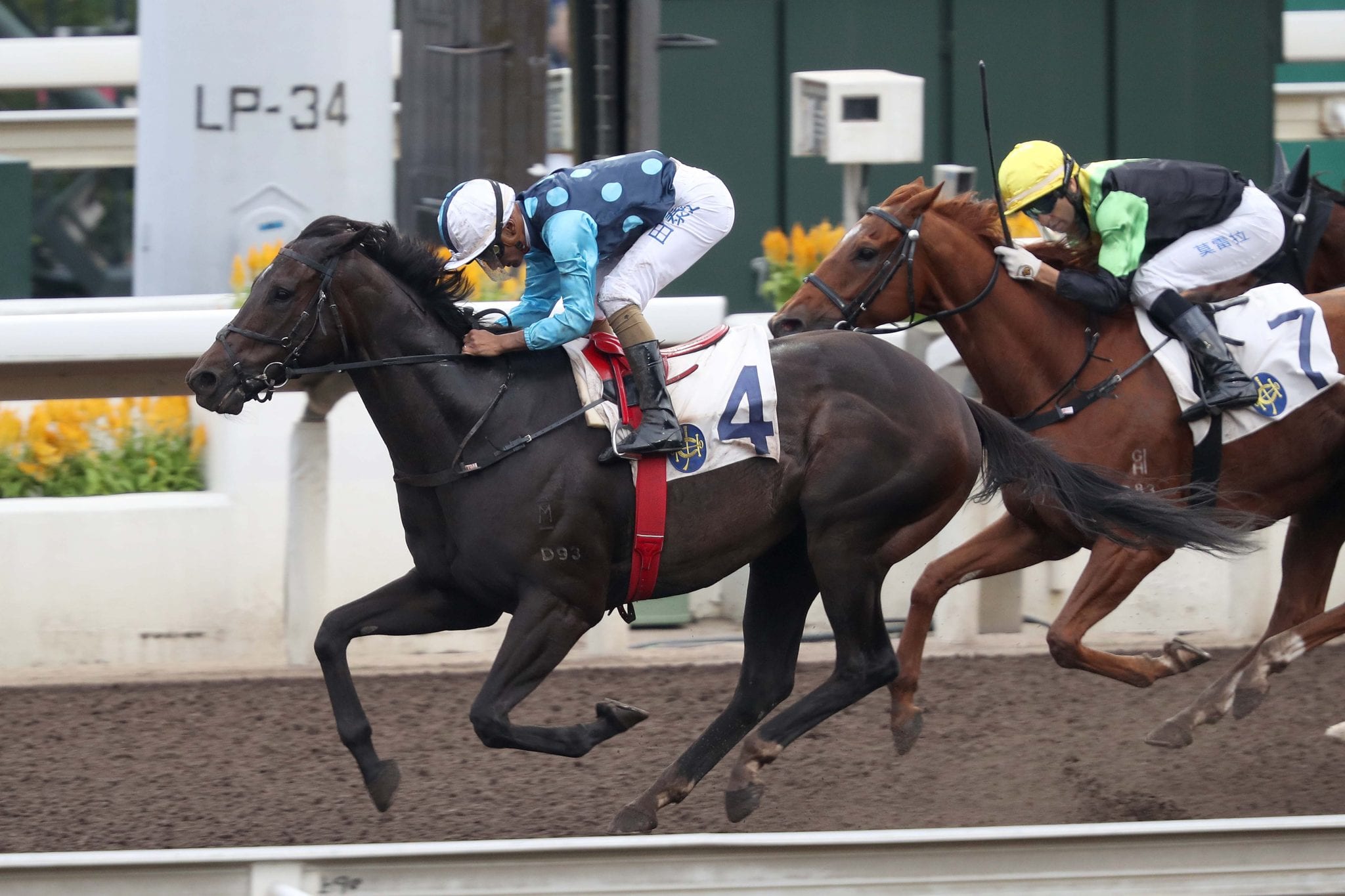 Karis Teetan is optimistic that an improved Will Power can continue his ascent up the ratings with a third consecutive win in Sunday’s (6 December) red-hot Class 2 Ashley Handicap (dirt, 1200m).

The talented dirt specialist has five wins from nine starts, all on the dirt, and now sits on the cusp of a triple figure rating ahead of just his 10th outing.

The Mauritian ace has built a tidy partnership with the son of Power, having been in the plate for each of the 95-rater’s wins, a figure 43 points higher than his debut mark.

“Since day one I’ve always liked him, I ride him most mornings so I like to spend a bit of time with him, he’s got a character in the morning and I love that I ride him,” Teetan said.

The five-year-old cruised to a comfortable one-length success last time out, rallying from worse than midfield to score in style with a bit left in hand.

“He’s a better horse this season and I really hope he can take a step forward and bring what he’s showing us in the morning,” the Mauritian ace said.

The Paul O’Sullivan-trained galloper got off the mark in Hong Kong with a smart victory on the turf at the city circuit in November, but this Sunday faces a rise in class and switch of surface.

“I think he’ll take to it fine – a lot of the American-bred horses seem to take to it and plus the fact it just comes up at a good time, there’s not many Class 2 1200 metre races.

“It’s just absolutely ideal for us – the timing is right, the horse is fit and we don’t know how he can handle Class 2 but it’s a good barometer to see where he is at,” O’Sullivan said.

The gelding’s sire Trippi was a top-class dirt sprinter as a three-year-old, beating More Than Ready in the 2000 Group 1 Vosburgh Stakes (dirt, 1400m) at Belmont Park.

“He trials well on the dirt, he looks very suited to that surface and if you look at Will Power, he only beat him a few lengths in that trial and he was pushed a bit,” O’Sullivan said.

The South African import was a Group 1 winner at his final start before arriving in Hong Kong, winning the SA Classic (1800m) at Turffontein Racecourse in Johannesburg.

Derek Leung, who was in the plate for his most recent barrier trial, will take the reins this Sunday and the break from gate three together.

“He handles both tracks no problem, we’ll see how he manages up in class but I am sure he will run good,” Leung said.

O’Sullivan remained unperturbed about his charge’s first run on the dirt, but suggested the rise in class is his biggest hurdle.

“I’m pretty confident on the surface, we’ll just see how he goes in Class 2,” the New Zealander said.

On the day, O’Sullivan also fields Chicken Dance who contests the Class 3 Carnarvon Handicap (1400m) off the back an 11th-placed finished at Happy Valley last time out.

“He just got run off his feet, he’s probably looking to go a bit further which his pedigree would suggest as well and he’s come up with a nice gate now, and gets the step up to 1400 metres – he’ll have no excuses,” O’Sullivan said.

“At Happy Valley the other day he was really beaten for speed, this should be a totally different race and should be far more suitable for him,” he added.

So hopes Tower can continue Soaring

Meanwhile, on Sunday’s 10-race fixture, unbeaten Soaring Tower will step out once again in the Class 4 Hankow Handicap (1200m) off the back of an impressive debut win.

The Chris So-trained four-year-old swept his rivals aside for a comfortable length and a half score off the back of a number of solid trial performances.

“I just really hope he keeps improving, he looks good at trackwork in the mornings, it seems like after the first start he’s shown improvement,” So said.

The Charm Spirit gelding was a HK$4 million purchase out of the 2020 Hong Kong International Sale (July).

Karis Teetan takes the reins and the pair will break from gate 10 among the field of 12 expected to line-up.

“I did all of his work before his debut and all of his trials, and he won pretty impressively first-up,” Teetan said.

“We always knew that the horse had some ability – he looked impressive first-up, he goes up in weight and he’s got an awkward draw to overcome but he’s got the ability so let’s hope he can do it again.”