Three in a row for Duke Wai 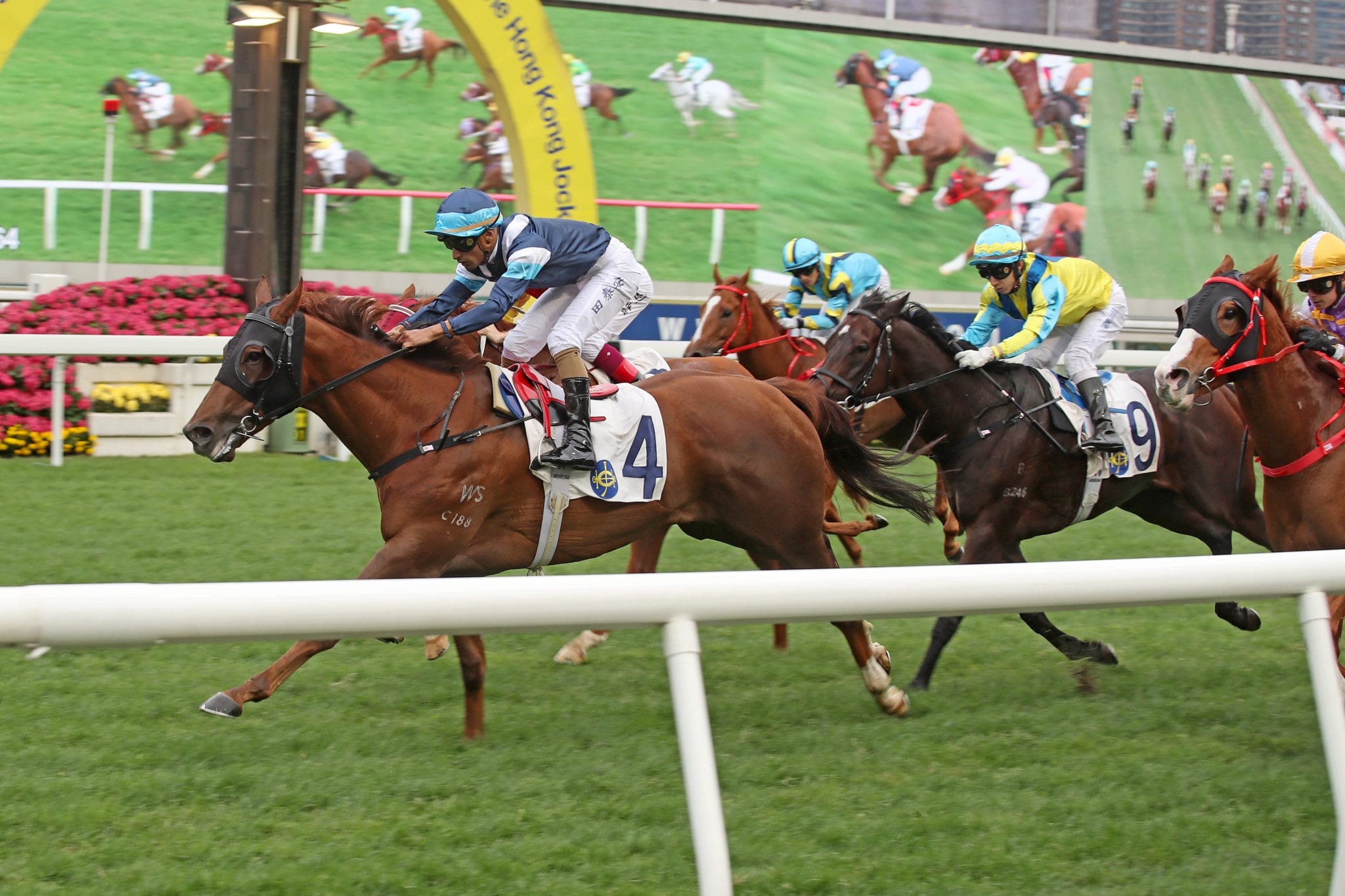 “The 1000 metres is getting him out of his comfort zone so we’ll look to go a little bit further. He’s much improved from last season, like a lot of horses do, and he’s done a great job,” O’Sullivan said.

As well as a step up in distance, the handler is now more than likely looking at a step up to Class 2 for his four-year-old, rated 75 for this afternoon’s task under Karis Teetan.

“I think at about his third start, when he just went whoosh the last bit, I thought he was probably better than Class 4, he really did accelerate,” O’Sullivan said.

“He’s come back bigger and stronger this season; he hasn’t had many races so he should handle himself in Class 2. And horses that can handle themselves in Class 2 in Hong Kong, you take your hat off to them, especially if they’ve come from a rating of 52.

O’Sullivan’s Liverbird Star (125lb) won the opener, the Class 5 Jockey Club Road Handicap (1600m), for the Friends Of Liverpool Syndicate. The five-year-old fended off the grinding closer Money Winner (122lb) to break his maiden under Derek Leung at the 14th attempt, by three quarters of a length.

King’s Man’s tough success in the Class 4 Kwu Tung Handicap (1800m) ensured Ricky Yiu will enjoy Christmas as Hong Kong’s leading trainer. He had Neil Callan to thank to for his 26th win of the term, the Irishman delivering a trademark ride of belligerent strength to get the seven-year-old gelding home by a short-head and the same in a bobbing finish.

But Yiu was not finished. He notched win 27 in the finale thanks to a cheeky Grant van Niekerk ride atop the front-running Simple Elegant. The gelding’s success in the Class 3 Yin Kong Handicap (1400m) was his third from four runs this campaign.

Dennis Yip collected a race-to-race double thanks to Fire And Gold (117lb) and Sam’s Choice (123lb), taking his season’s tally to eight.