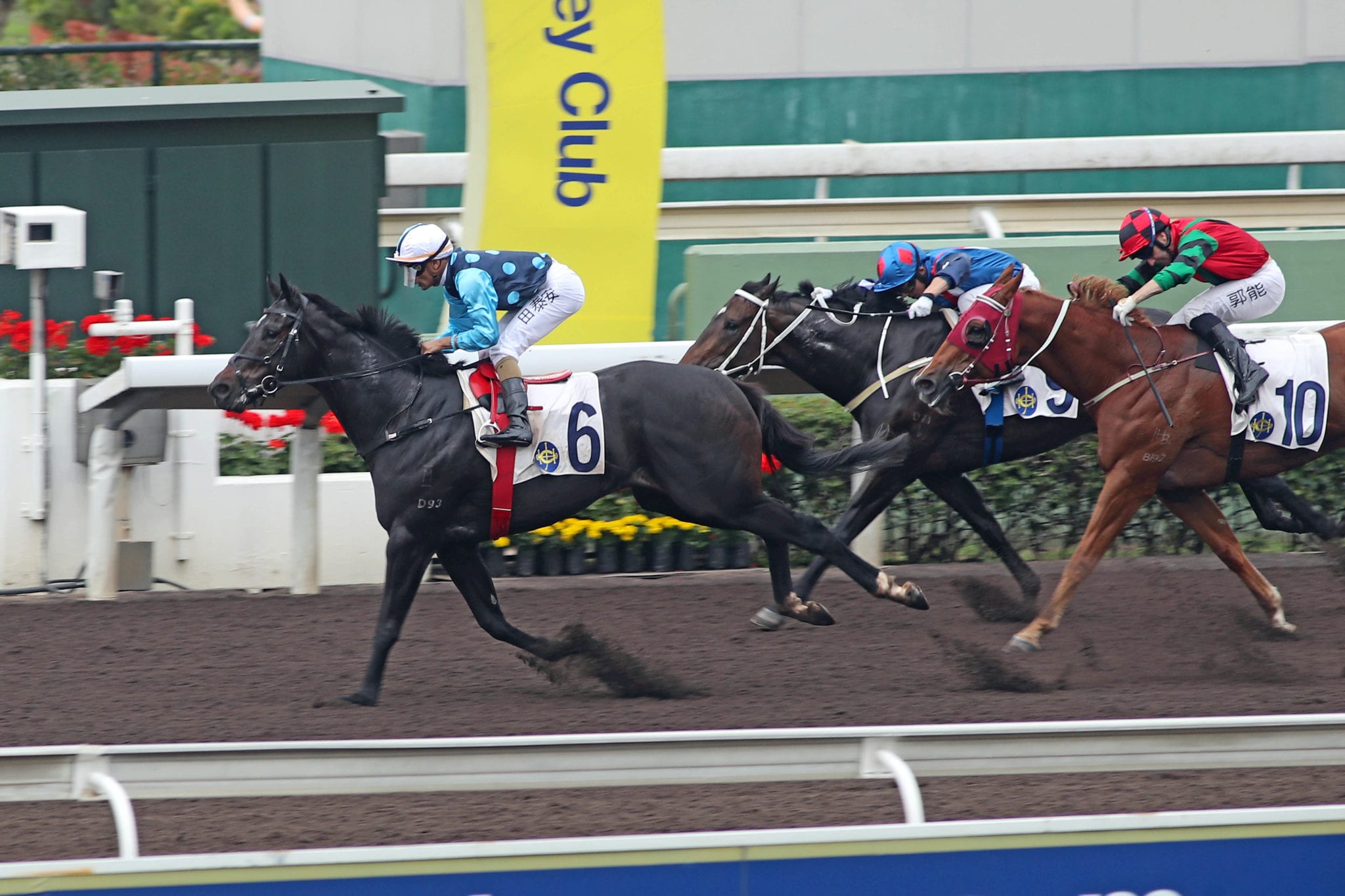 The Douglas Whyte-trained Will Power (118lb), another son of the Irish Classic-winning Power, will attempt to continue the fine start he has made to his career at Sunday’s (19 April) 10-race Sha Tin card in the Class 2 Cornwall Handicap (1200m, dirt).

“He’s surprised me, he’s improved mentally every time I’ve stepped him out and his work in the morning is showing me that he’s really thriving,” Whyte said.

The four-year-old New Zealand-bred first tasted defeat at his third start but bounced back last time to earn a shot at Class 2 level off a rating of 81, having climbed 29 points since his debut.

“He’ll have to improve to fulfill his spot in Class 2 now but he’s at a nice light galloping weight and he gets his chance,” Whyte said.

Karis Teetan has been ever-present and the pairing crossed the line second in a recent trial on the dirt over 1200m.

“Karis was happy with his trial last week – it was just to top him off and I’ve been on him since and he seems in good enough order,” Whyte said.

The four-year-old will break from gate five in the field of 12 which includes the Ricky Yiu-trained Encore Boy (127lb), a two-time winner on the surface this term, who gets the services of new-boy Antoine Hamelin.

“He’s a horse with much better form on the dirt than the grass and the new jockey hops up, I think he’s a pretty good rider – it’ll be something new for him, especially from the good draw as he’s a lovely, consistent horse,” Yiu said.

Kings Shield (128lb) was a runaway winner over 1650m on the dirt before suffering a bout of colic and takes his chance under Derek Leung after running second last start.

“After his colic he came along a little bit slowly but now everything is perfect – he’s fit, he’s better than last start it’s just the distance might be a little bit short,” trainer Frankie Lor said.