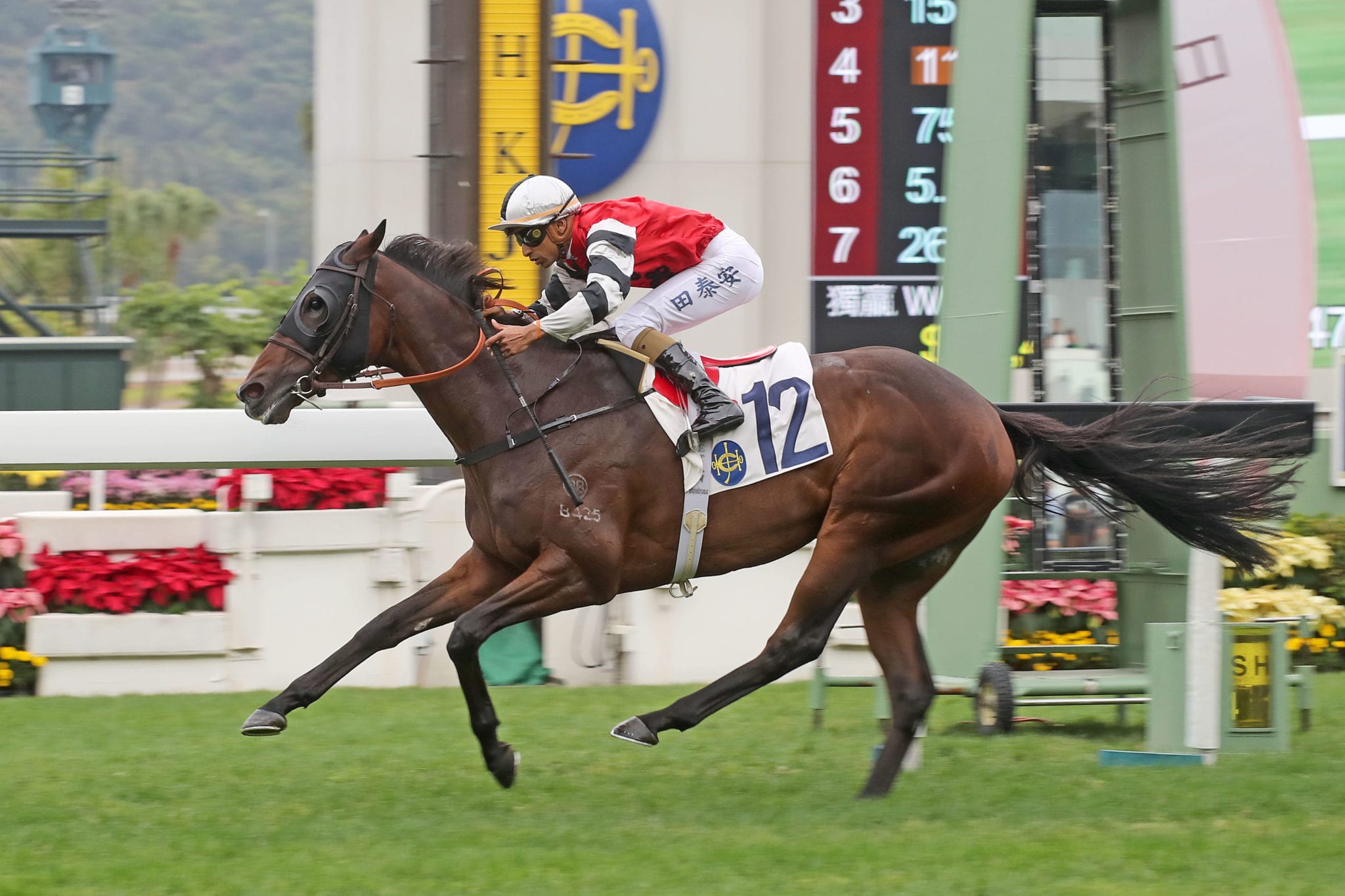 Reliable Team could be another Frankie Lor candidate for the Four-Year-Old Classic Series after taking his record to four wins from six starts with success in the Class 3 Lukfook Jewellery Hugging Family Collection Handicap (1600m) at Sha Tin yesterday (Sunday, 15 December).

“He’s solid, he’s honest – he had to do a little bit of work to get there but he was able to get a breather through the middle stages and once again he was good on the line,” Zac Purton said after steering the grey to a length verdict.

“He could be (one for the Derby), possibly – he hasn’t really been in a race yet and he keeps drawing all these wide barriers so he’s doing a good job.”

Umberto Rispoli had his last Hong Kong ride for the foreseeable future when running home fourth after setting the tempo in the finale. Rispoli is heading to the United States to continue his career and flies to California tonight (Monday, 16 December) with an intention to ride his first meeting Stateside at Santa Anita on 23 December.

“To have a winner to finish off here would have been perfect but I rode a good race so I’m happy with that,” the two-time Italian champion said.

“I’m excited but I don’t know what awaits me. I need to find myself again – I’ve spent a long time here and now I’m very focussed and excited about a new adventure.

“Walking down to the paddock, realising it was my last ride here, at least for now, I was a little bit sad; I was struggling to talk because we will miss our friends, but that’s a jockey’s life. I’m still 31 and I have at least 10 years of a good career ahead of me.”

Rispoli’s Hong Kong record stands at 122 wins with a pinnacle 31 in 2017/18. His biggest win came aboard Rulership in the Group 1 QEII Cup at the end of his initial short-term contract back in April 2012.

Will Power put up a smart debut performance in the Class 4 Lukfook Jewellery Love is Beauty Collection Handicap (1200m, dirt) under Karis Teetan. The Douglas Whyte-trained four-year-old rifled past rivals down centre-track to score by a length and a half.

Teetan rolled into a double when another four-year-old, Wicker, took the next race, the Class 5 Lukfook Jewellery Antique Gold Collection Handicap (1800m). That was the Richard Gibson-trained gelding’s first win at his 13th start.

Blake Shinn continued to maintain a steadily upward trajectory with his seventh win this season. It came aboard the Francis Lui-trained top-weight Valiant Dream in the opener, the Class 4 Lukfook Jewellery Stellar & Stellar Collection Handicap (1000m).

Lui made it a brace when Vincent Ho and Elite Patch repelled the late assault of the Purton-ridden Mega Heart to take the Class 3 Lukfook Jewellery Love Forever Collection Handicap (1200m, dirt).

Dennis Yip has found it slow going so far this term but tagged a fifth win to his tally when Victorious Leader carried Purton to an easy win in the Class 5 Lukfook Jewellery Wedding Collection Handicap (1400m).

Telecom Rocket held off a posse of challengers under a determined Joao Moreira to take the Class 4 Lukfook Jewellery Dear Q Handicap (1600m) for trainer Me Tsui.