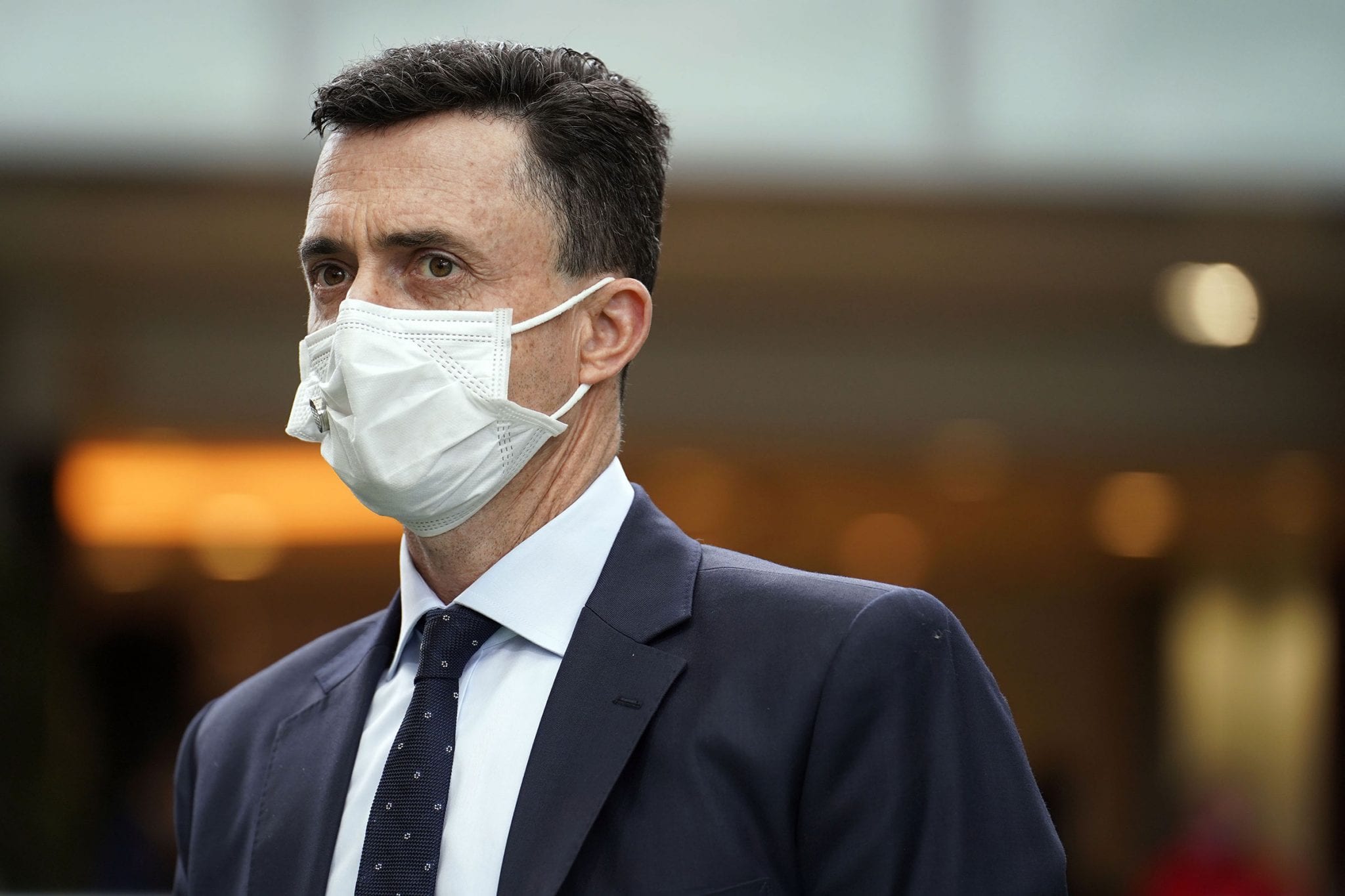 Beaten 31 and a half lengths when last behind Pakistan Friend at Sha Tin in January after rearing at the start and missing the jump badly, Rainbow Light was stood down from racing pending a satisfactory barrier trial.

The four-year-old was cleared to resume after running second in a Conghua trial over 1200m on 25 February and Whyte is hopeful the grey can deliver a significantly improved effort at the city circuit.

“He’s had a few gate issues – he’s the type of horse who’s his own worst enemy,” the former champion jockey said. “He stands ok, but he can get it (starting) wrong and he can get left, as we saw last time.

“I’ve done a lot of barrier work with him in Conghua – he’s had a trial and it was there for everyone to see that his barrier manners were good.

“We all know that horses do tend to act differently when they go to the races, so I’m just hoping he holds it together, he hasn’t shown me any signs of doing that again.

“I have opted to take him to the Valley just to take him away from Sha Tin just to get him to think differently and I’m hoping all the thought going into this is going to pay off.”

Rainbow Light, who will be ridden by Karis Teetan, would be a solid chance based on a fast-finishing fourth to Leading Fortune over 1600m at Sha Tin two starts ago on 10 January.

“He’s taken time to settle into Hong Kong and he’s a horse who’s a later mature but, with each and every run, he’s gotten better and I’ve got a lot of time for him,” Whyte said.

Whyte will send five runners to Happy Valley tonight, including Goodmanship who contests the section one of Class 4 Gillies Handicap (1200m).

“He’s shown us quite a bit at home and his trials have been pleasing and I was very comfortable with the way he hit the line first up,” Whyte said of the Al Maher gelding’s Hong Kong debut fourth at Happy Valley behind Joyful Win over 1000m on 10 February.

“He’s a tractable horse, he’s kind, he’s probably looking for that extra 200m and he’s got a nice enough gate (barrier seven) and he should be able to position up and get comfortable.”

Frankie Lor is hoping Kinda Cool also can benefit from a stint in Conghua with a strong display in the second section of Class 3 Baker Handicap (1200m).

To start from barrier 10 for Zac Purton, the Per Incanto gelding will chase his third win of the 2020/21 season.

“This horse needs a good gate and then he can run good,” Lor said before pointing to Purton’s record aboard the four-year-old.

“But he’s (Purton) won on him and I hope he can get a good position from a wide draw.”

With seven wins from the past 10 meetings for an overall 2020/21 haul of 24, Derek Leung has a season’s-best mark in mind as he partners Joyful Win in the Class 4 Chatham Handicap (1000m).

“Last time, he went good (winning on 10 February) and he’s been feeling good in the mornings, he’s still immature but he’s getting better,” Leung said.

“Ideally, you don’t want to sit too far back – you just need a bit of luck and if you can slot in behind a couple it’s better for him.”

“He keeps on improving and this time if no one leads, I’m happy to lead. Again, but if someone wants to lead, no problems,” Leung said before reflecting on his season.

“I’ve been a bit lucky – everything goes smooth and quite a few stables support me and I have had quite a few winners, hopefully it can continue.

“I will try my best to break my record,” Leung said.