Patient O’Sullivan hopes Chicken can Dance around the Valley 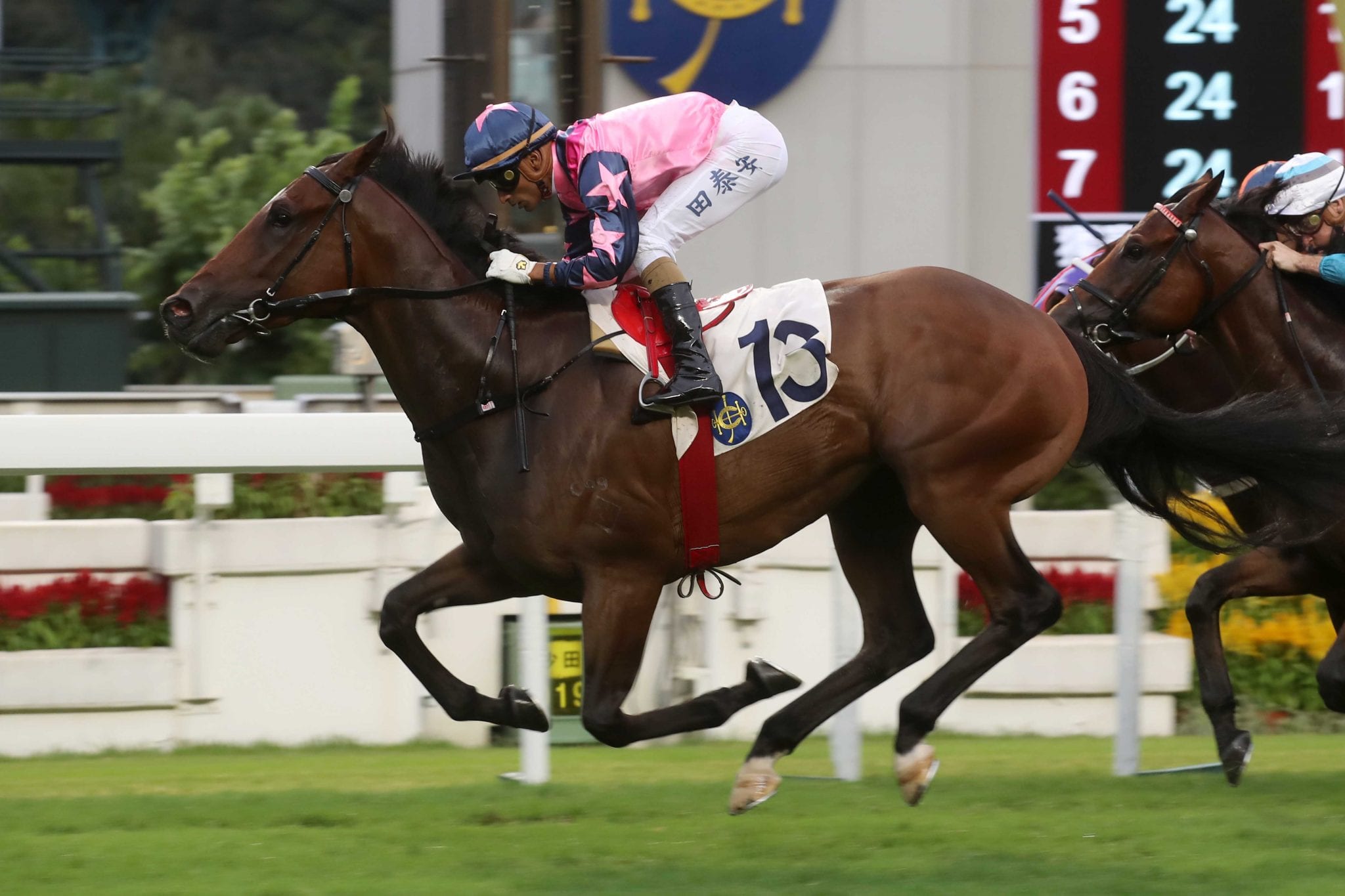 Hong Kong racing heads to Happy Valley on Sunday (8 November) for the city circuit’s sole daytime fixture this season and trainer Paul O’Sullivan is optimistic that his patience might be rewarded with Chicken Dance in the Class 3 Gloucester Handicap (1200m).

The lightly raced five-year-old was one of Hong Kong’s exciting young guns, winning back-to-back races as a four-year-old, but his career stalled when he injured a tendon last year, forcing an 11-month stint on the sideline.

“I don’t know if he’s come back quite as good, he’s not attacking the line as well as I’d like but he’s had nearly a year off, so he might take three or four runs before he really comes back to it,” O’Sullivan said.

“I’m hoping that there is a little bit more give in the ground and that he’ll attack the line a little bit better this time; he’s trialled around there, it’s a day time meeting and he has a good gate so there shouldn’t be too many excuses.”

The Hinchinbrook gelding has put in two solid performances on the comeback trail and this weekend he sports cheek-pieces for the first time, in place of blinkers, for his first race at Happy Valley.

“I’ve taken the hood off and we’ve put the cheek pieces on,” O’Sullivan said. “It’s his first look at Happy Valley (under race conditions) but he’s a relatively experienced horse and he has reasonably good gate speed.”

Zac Purton, who has paired with the gelding in his last two runs, was pre-booked for the Frankie Lor-trained Ares (118lb): “Zac had taken a ride in the race,” O’Sullivan said.

That turn of events has opened the way for the in-form Karis Teetan to re-take the reins for the first time since October of last year. The 30-year-old has one win from three rides on the Australian-bred.

“He’s always been a nice horse,” Teetan said. “He had a little bit of an issue but I think Paul did a good thing by giving him the time off, his first two runs have looked good. It looks like, unfortunately, he’s not yet at his peak fitness so I hope he has improved since last start and that he can be better this time.

“He’s been to Happy Valley to trial and he’s trialled well with me there, it was a long time ago but I think if he can come to the races and improve from last start, then I think he can run well.”

O’Sullivan is under no illusions: “The Class 3 races over 1200 metres have been very hard to win of late,” he said.

And his mission this Sunday will certainly not be easy, as he looks to get in the way of two-time course and distance winner Ares scoring back-to-back wins and his first in Class 3.

“I think at this moment he can handle the step up in class because he has a light weight, the draw is also a little bit better too, and he’s really good at Happy Valley,” trainer Frankie Lor said.

“He’s really consistent – he’s not a big horse, he’s only around 1000 pounds but I think he has a very good heart.”

Ares is one of three mounts Purton will take for Lor on Sunday’s 10-race card, kicking off in the third race, section one of the Class 4 Johnston Handicap (1200m), with debutant My Ecstatic.

“He feels like he’s probably going to want a bit further in time but this early on in his career, hopefully, he’s sharp enough to be able to handle the 1200 metres at Happy Valley,” Purton said.

The All Too Hard youngster caught the eye in a recent trial at the Valley, leading home impressive first-start winner Soaring Tower by just under a length.

“When horses come out and perform well that have finished around you, it’s always pleasing, and he’s a horse that’s got some ability himself,” Purton said. “But it’s just a matter of getting into the right spot aboard him, it’s a bit of an awkward gate (nine) and hopefully the race is run nicely for him.”

Purton and Lor also combine in section two of the Class 4 Johnston Handicap (1200m) with Kinda Cool, a one-time winner from five attempts in Hong Kong.

“He always tries, he might not be the most talented horse but he was able to win last season and his first-up run was good under the circumstances with a big weight – I think he’s still got more ahead of him,” Purton said.

The Per Incanto gelding is set to break from the widest gate for Sunday’s test against 11 others with 133lb on his back.

“Hopefully we can get a nice run this time – it’s not a good gate so we need to deal with that; unfortunately for me, I’ve drawn a heap of horror gates on Sunday but it is what it is,” Purton said.

Purton has nine rides for this weekend’s fixture, including Highland Fortune (121lb) in the highest-class race of the day, the Class 2 Fenwick Handicap (1200m).

The Francis Lui-trained galloper will step out second-up this term in search of his third win at his 12th career-start, having placed fourth over 1000m last time.

“He was run off his legs the whole way and then just couldn’t finish the race off,” Purton said. “The 1200 metres is a bit more suitable but unfortunately he has a bad gate (10); we’re going to have to deal with that but I think the distance is more up his alley,” Purton said.

The champion jockey drove the galloper to back-to-back wins over the course and distance in Class 3 level last term and since then has fared well up in grade, but this Sunday, he’ll sport blinkers for the first time.

“He’s a thinker, he always has been, even in the race I won on him: when he comes up to the other horses he gets his head up and he wants to shift in and shift out and in the mornings he’s always looking at things, so I think the blinkers should help him,” Purton said.

The talented four-year-old faces 11 opponents including first-up victor Green Aeon (119lb) for trainer Caspar Fownes. The 84-rater will break from gate nine with Neil Callan up.

“Green Aeon is going really well,” Fownes said. “Just the other day he came out running, which was not what we wanted, and he’s a better horse with a sit, so gate nine is a good thing in a way because we will have no other option than to ride him a little bit conservatively.”