Wekas set for a good gallop at Riccarton 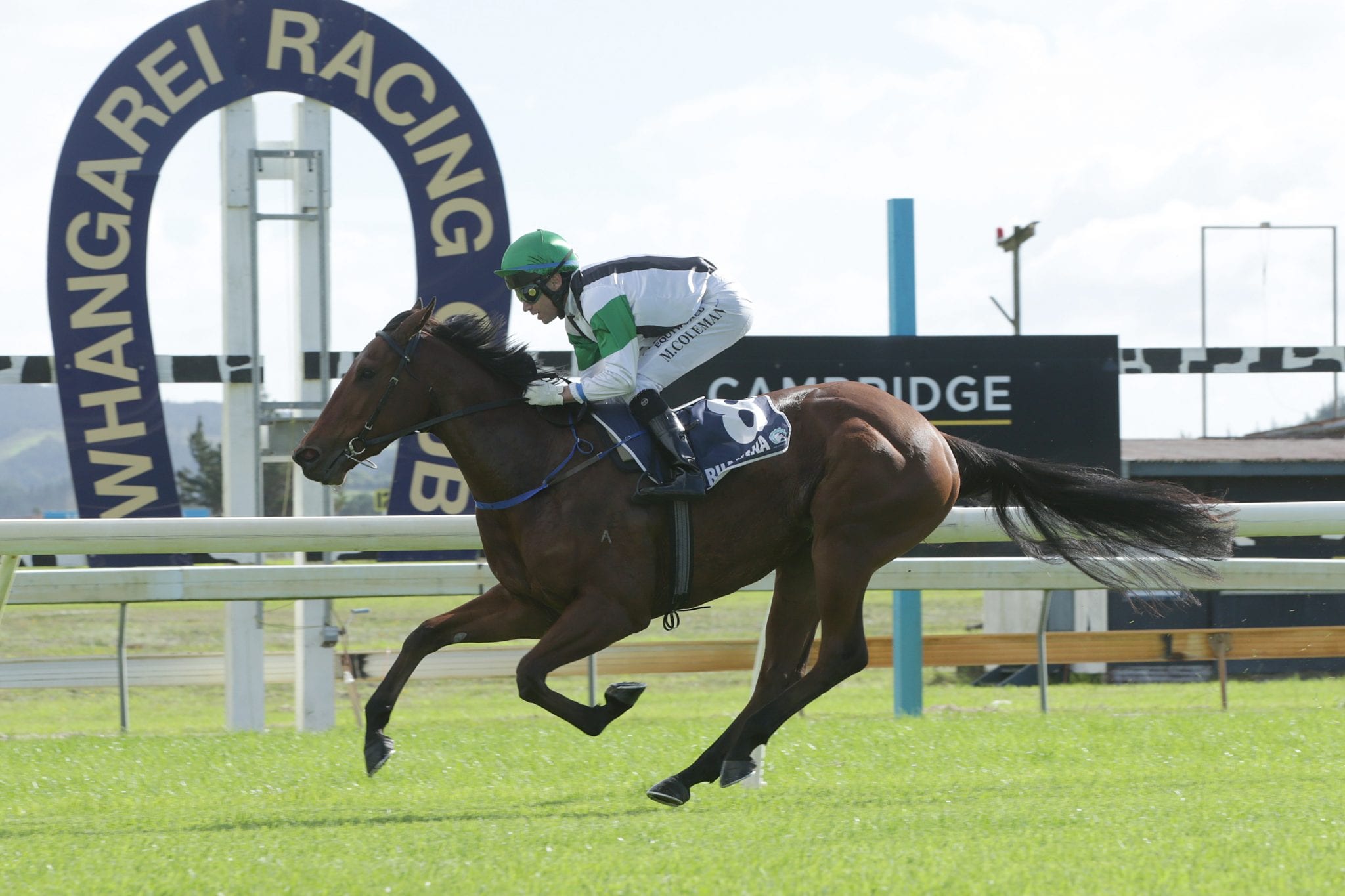 Group ownership will be to the fore at Riccarton on Saturday, when siblings Wekaforce and Morweka take aim at the Listed Brokerweb Risk Services Pegasus Stakes (1000m) at Riccarton. The pair are both trained by Terri Rae for passionate syndicates that race under the banner of the Galloping Wekas, a group of lease owners cobbled together by Les and Janine Wallace through necessity.

The syndicates came about after Les Wallace, a hands-on horseman with a small broodmare band, suffered a significant injury that would at one stage go close to forcing the popular couple to abandon their racing and breeding interests. “We had cut down on numbers but kept a rising two-year-old, which was later named Skyweka, her dam Blue Hope and another mare called Spera,” Janine Wallace said.

“When Skyweka was coming up two, I said to Les we had better get her into work. “We wanted to be involved so we decided to syndicate her. Our son Joe came on board with all of his mates and he had just had a trip to the farm and there were a whole heap of wekas walking around the property. “We were wondering what to call the syndicates and Les said why not the Galloping Wekas?”

The Weka moniker has stuck and it is now seven years since five-time winner and seven-times placed Skyweka was named and subsequently stimulated more people to get involved with more ‘Weka’ horses. “We never dreamed or visualised it would get this big. It was just to get Skyweka on track and give her the opportunity,” Wallace said.

Both Morweka and Wekaforce are out of Spera, who the Wallaces bred but leased to John Sargent, for who she won four races and finished fourth in the Group 3 Doomben Roses (2020m) and fifth in the Group 1 Queensland Oaks (2400m). “Spera could have been anything but unfortunately she got injured and was retired as a four-year-old,” Wallace said.

With 56 people racing Morweka and 52 in Wekaforce, the Riccarton grandstand is set to have plenty of atmosphere on Saturday. Speed influence Wekaforce has been installed the $3.20 favourite for the 1000m contest and has been aided by a good draw (barrier three), while older sister Morweka is drawn alongside in barrier two and is a $9 prospect in a race that features proven Group performers Sensei and Kiwi Ida.

“The word from Terri is that they are both very fit and well. They will run their own races and have good jockeys on with Lisa (Allpress) riding Wekaforce and Matt (Cameron) on Morweka,” Wallace said. “We never imagined these fillies would be racing against each other. It wasn’t planned but we have to treat them like individuals and give them the best opportunities. “They have drawn alongside each other which is funny because they are usually in the stalls beside each other and in the paddock together.”

Wallace said all going to plan, the pair would look to back-up in the Group 3 Lindauer Stewards’ Stakes Handicap (1200m) on Wednesday. “They will both be nominated for the Stewards’ but a lot depends on the track conditions, draw and how they pull up.”

For the first time, the Wekas will have their own set of lime green silks with a weka logo on Saturday, having previously raced in stable colours. Win, lose or draw, Wallace said the shared ownership experience has been a rewarding one as she looks towards syndicating her seventh Weka next year as their network of friends and family continues to expand.

“We have some people that pay as little as $15 a month which is just three cups of coffee,” Wallace said. “We can only do it with the aid of modern technology like the website, WhatsApp and YouTube, in addition to a Facebook page and emails. I could never keep up otherwise. “There are lots of new people coming on board and lots of loyal people. We have been very blessed and they are all such nice people.”