Wekaforce too speedy in Pegasus Stakes 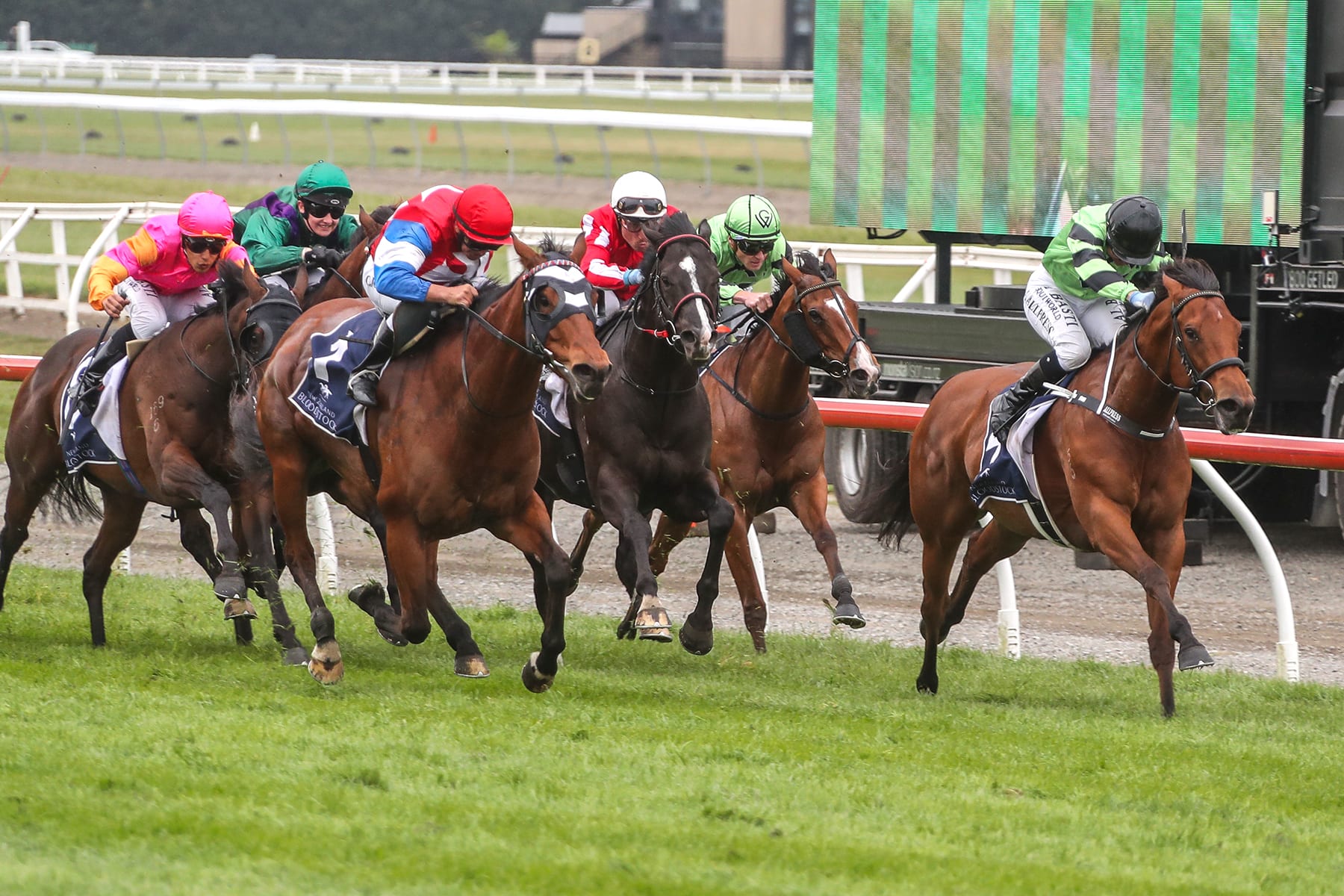 Allpress had combined with the Showcasing five-year-old twelve months earlier when the pair finished an unlucky sixth in the corresponding event after bungling the start and it looked like they were going to go down a similar path when the mare collided with stablemate and older sister Morweka shortly after the gates opened. Allpress didn’t panic and had Wekaforce quickly into her rhythm in the trail before piercing through a needle eye gap one-off the fence at the 250m.

Challenged by class mare Kiwi Ida, the Terri Rae-trained speedster stuck to her guns to score by half a length with race favourite Sensei charging into third a further half-length away. Allpress, who only returned to the saddle a fortnight ago after undergoing hip replacement surgery back in August, was thrilled with the victory although she admitted she did have some dark thoughts going through her mind early in the race.

“I said to her when we jumped out ‘ooh you little witch’ as she did that to me last year in the race,” she said. “She went up in the air a little which put me two places back further than I wanted to be, so I knew I had to ride for a little bit of luck. “I knew that when I got the gap, I had the horse underneath me to see it through. “She ran second to a Group 1 horse (Enzo’s Lad) at Trentham last year and only went down by a nose so she definitely has a lot of speed and she just tries so hard.”

Wekaforce is owned by the 52 strong The Galloping Wekas Wekaforce Syndicate, the brainchild of co-breeder Janine Wallace and her husband Les of Ardsley Stud fame. The syndicate came about after Les suffered a bad injury when working with a horse, the injuries at one stage looking like they would force the Wallace’s to abandon their racing and breeding interests.

They managed to keep the mare Spera, who is the dam of Wekaforce, Morweka and original syndicate horse Skyweka, to provide the large group of racing enthusiasts that comprise the “Weka” syndicates with a taste of racing a horse at an affordable price.

“I am absolutely over the moon as this has just been the most wonderful day,” Janine Wallace said. “It was just so nerve-wracking as I wasn’t sure who to cheer for (Wekaforce or Morweka) with the two of them in the race. “We are just so grateful, incredibly blessed and just so thrilled for all the people involved.”

Wekaforce has now won seven of her 19 career starts and over $145,000 in prizemoney. The victory completed the middle of a winning treble for Rae who had taken out the second event with Sacred Caga before Beached As Bro scored in race 7 on the programme.