Fantastic Four for Rae at Riccarton 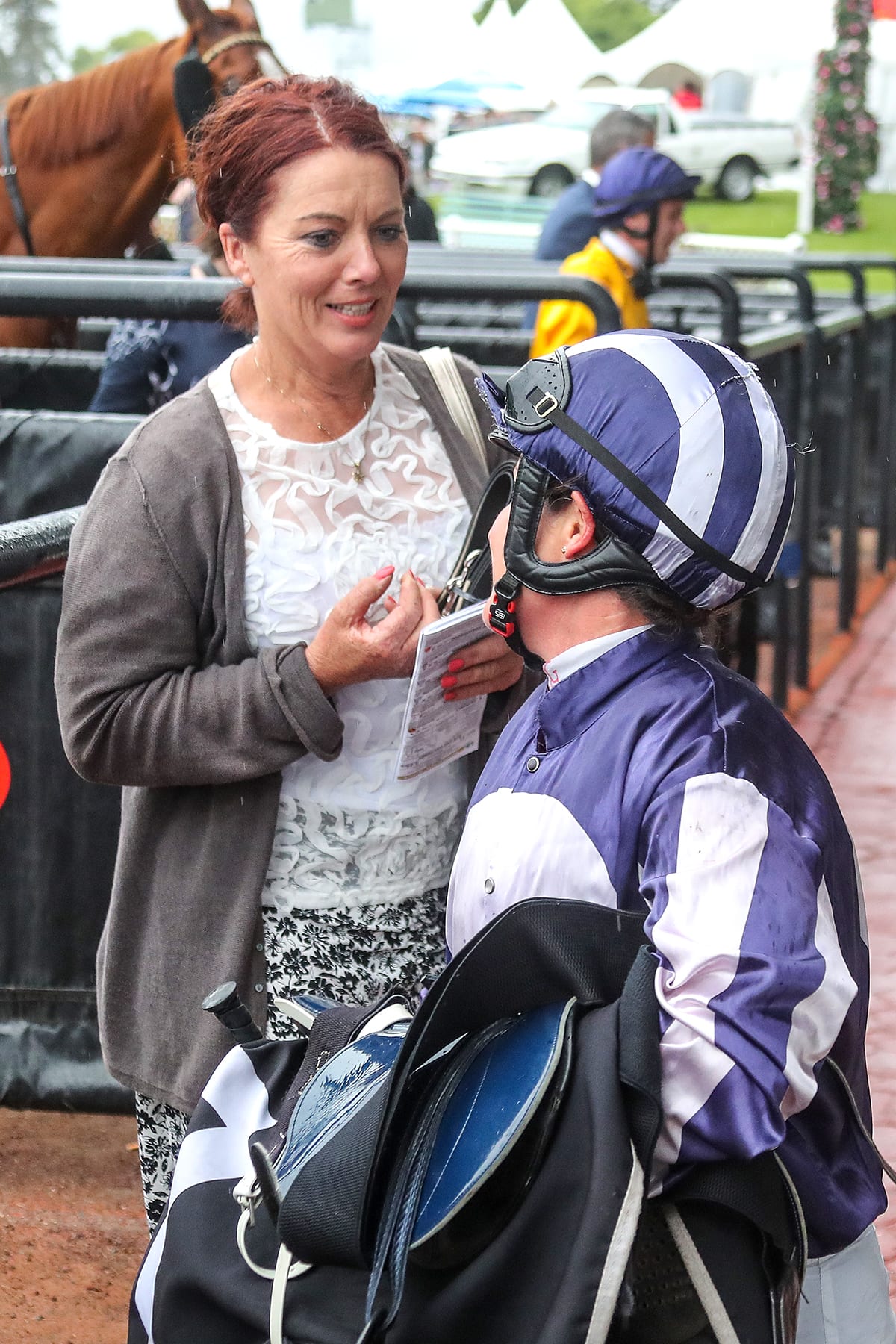 Local trainer Terri Rae stamped her mark on the first day of New Zealand Cup week at Riccarton on the weekend with four winners from just seven starters. Rae operates a boutique stable with around fourteen horses in work at any one time but has punched well above her weight so far this season with eleven wins from just 55 starts at a tidy 4.55 strike rate.

Rae was confident she had a competitive team entered on the day but she exceeded her own expectations with the highlight being the gritty win of Wekaforce in the Listed Brokerweb Risk Services Pegasus Stakes (1000m). “It was a super day and they don’t come much better than that,” Rae said. “We had a little bit of confidence as all the team had been racing well and were going into the day in good form.”

Rae was delighted with the performance of Wekaforce despite having a near miss at the start where she bumped heavily with stable mate Morweka. “She (Wekaforce) just mucked around a little bit at the start and went up in the air as they left. “I had expected her to lead but she ended up getting a good sit. She didn’t look like she was going to get a gap in the straight but when she did, she burst through and was very good in the end.

“We are hoping to back her up in the Stewards (Group 3, 1200m) on Wednesday but that will depend on the track as it has been pouring down since Saturday night and she doesn’t like it wet. “Her sister Morweka will go to that race as she doesn’t mind the cut in the track.”

Rae was also pleased with the performance of lightly raced four-year-old Southern Ocean who made it two wins from three starts with a gritty performance over 1600m in the last race of the day. “He (Southern Ocean) looked like he was beaten but he kicked back hard,” she said.

“He’s a very laid-back horses and if you don’t ask him, he won’t give you much so it was good to see him win as he has a bright future ahead of him when he gets up over more ground. “He’s from a good family and when he gets to 2000m or more I think he will shine. “He is going to have a couple of weeks out now and I think that will be beneficial for him.”

Southern Ocean is the second foal from stakes winning mare Viana and is closely related to Group 2 Hollindale Stakes (1800m) winner Melora who was placed in both the Group 1 Queensland Derby (2400m) and Group 1 Queensland Oaks (2400m) as a three-year-old.

Rae is looking forward to the rest of the Cup Week carnival with a number of runners set to line-up on Wednesday including Prince Oz in the Group 3 Lindauer Stewards Stakes (1200m) and He Kin Fly in the Group 2 Coupland’s Bakeries Mile (1600m).

A win by either runner would create emotional scenes on course with both recently transferring into Rae’s care from the stable of the late Neil Ridley who passed away last month following a lengthy battle with cancer.