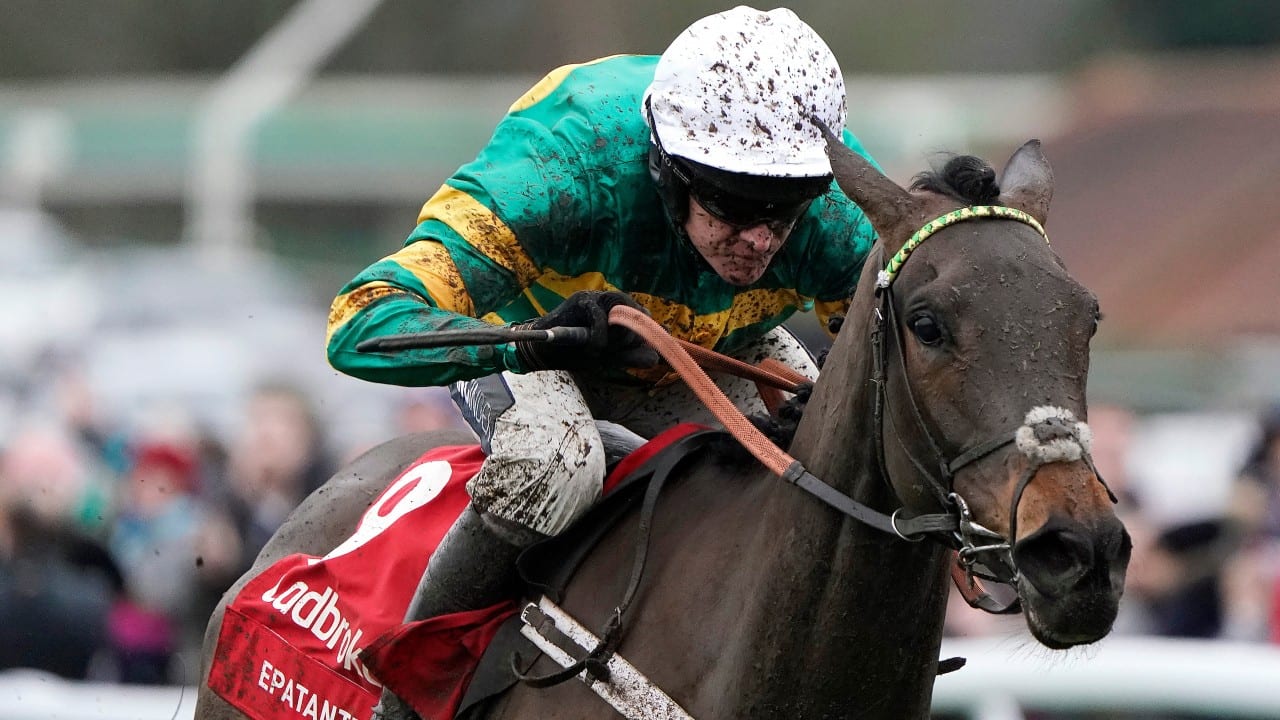 Epatante was a brilliant winner of the 2020 Champion Hurdle. The mare begins a new campaign to defend the crown in the Grade 1 Fighting Fifth Hurdle at Newcastle on Saturday and offers some value even at -110 with BetOnline.

The seven pound mares and fillies allowance was crucial at the Cheltenham Festival in March. Epatante again receives that weight from the six geldings that make up the field. The champion will be difficult to beat receiving half a stone over two miles and nine hurdles.

There are arguments for making championship races level weights contests so they identify the best horse on the day. However, allowances for females have passed the test of time over jumps and on the Flat. Epatante could beat the boys carrying the same weight so defeat looks out of the question in Newcastle’s most prestigious hurdle race of the season.

The Newcastle race has a recent history of producing multiple winners. In addition to Buveur D’Air’s two wins, Irving won the race in 2014 and 2016. Cornerstone Lad won the race last year, beating Buveur D’Air by a short head carrying the same weight. However, that form isn’t strong enough to beat Epatante giving away the weight.

Cornerstone Lad is fit from the Flat while Epatante has not run for 263 days. The outsider, Voix Du Reve, looks outclassed but Not so Sleepy could run a big race as the next best horse in the betting. Finishing fourth in the Cesarewitch on the Flat over two miles and two furlongs is a good prep race but Epatante has plenty in hand.

Sceau Royal is one horse that could give Epatante plenty to do even with the extra weight. The Alan King-trained eight-year-old has returned to hurdling after a wind operation and won decent races at Chepstow and Wincanton. Some past chase form gives Sceau Royal a chance.

In three chases over about two miles, Sceau Royal finished three and a quarter lengths, or less, behind Altior off level weights. Replicating that form against Epatante on Saturday would see Sceau Royal go close. However, transferring form from chases to hurdle races is not guaranteed and Epatante is the best hurdler in training in the UK and Ireland.

This is Ribble Valley’s second run since wind surgery but the horse has to improve considerably to be competitive at this level. His rating makes beating Epatante at the weights just about impossible barring a fall.

Silver Streak is not a forlorn hope to reverse Champion Hurdle form. Silver Streak finished 12 lengths behind Epatante in sixth place at the festival. The horse was always sitting midfield and was only ridden before the last. A more prominent ride could have seen Silver Streak get much closer to Epatante but bridging the gap looks too much of a task.

It is difficult to pick any holes in Epatante’s form and profile given the conditions of the Fighting Fifth Hurdle. A win in the manner of an odds-on chance can set up another Champion Hurdle because Epatante will get the mares’ allowance again at Cheltenham in March.