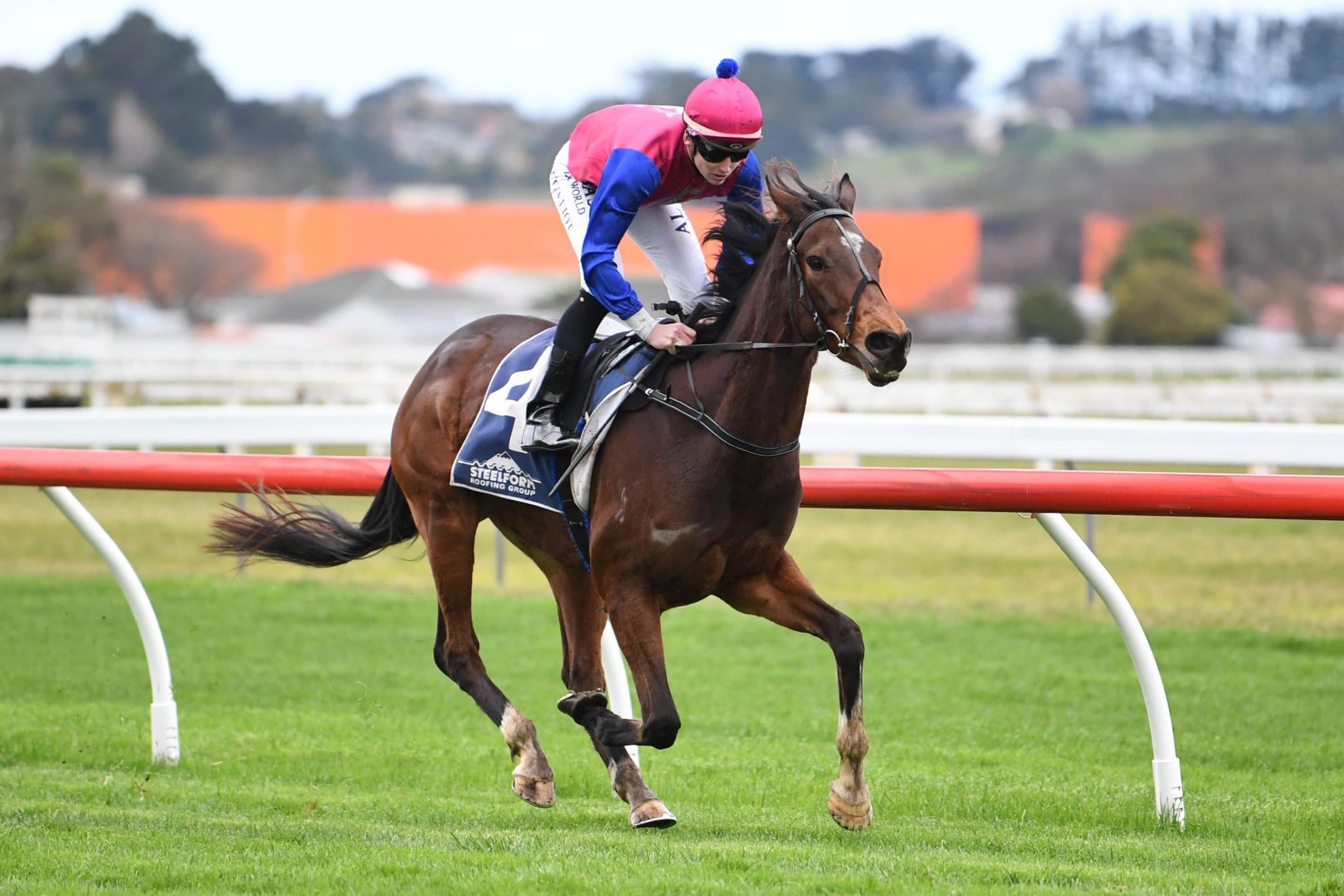 Central Districts trainer Chrissy Bambry wasted no time putting wins on the board at the first Lower North Island thoroughbred meeting following a COVID-19 enforced hiatus. Recent stable addition Spring Tide was an emphatic maiden winner in the opening event over 800m, while two races later Speed Call made a one-act affair of the Wanganui Motors HWT 1600m, scoring by more than 12 lengths under a confident Ryan Elliot ride. “You don’t mind that the weather is a bit cloudy when you’re getting winners,” Bambry said.

Spring Tide came to Bambry after owner Wayne Ross purchased the Darci Brahma gelding for $5,000 via gavelhouse.com, with the three-year-old having finished fourth on two occasions from three starts for Clayton Chipperfield. “I think he is a good galloper but I thought they might be a little bit sharp for him today,” Bambry said. “I have kept him fresh, working mostly on the water treadmill. I was really happy with that as he had to work a bit coming out of the gates and he’s come through it really well. The wetter the better for him going forward.

“He is my first runner for a new client, Wayne Ross of Cloverlea Thoroughbreds. They’re based in Victoria, but they have a small team in New Zealand and I am the lucky person that gets to look after the horses while they’re in New Zealand. “I spoke to Clayton Chipperfield before Wayne purchased him and he said he went well and he probably needed a wet track, so I am very appreciative of the honest feedback.”

Handy galloper Speed Call was another to show the benefit of fitness, with jockey Ryan Elliot making an early move on the five-year-old and booting well clear after coming from the tail of the field. “Speed Call is probably everyone’s favourite at the stable,” Bambry said. “He is the kindest horse you’d ever meet and he just tries so hard. “He has to be ridden a certain way and he is pretty fit. We were able to keep him in light work over lockdown on the water treadmill and I think that extra little bit of fitness has probably helped him. “I think he will go through the grades this year, now that he has matured a bit.”

Another recent stable addition Empire Of Patch also went a bold race for second for Bambry, collared late by impressive Matt Dixon-trained winner Hooter. “I am delighted for Matt as a fellow Foxton trainer and I know they rate that horse,” Bambry said. “I was really happy with my horse. He was another gavelhouse.com purchase for Wayne and I think he will be a nice horse in time. “Trudy (Thornton, jockey) said the track got a bit sticky there for him today. I am looking forward to the spring with him.”

Bambry, whose father Tony also plays a key role in the stable, was delighted with the performance of her four runners on Thursday, with Otis running third in the final event of the day. “We were lucky enough to work Otis and Speed Call over the lockdown on the water treadmill and the other two have only come to me post-lockdown but I think it has really helped their lifestyle and helped turn Empire Of Patch around. He was quite an anxious horse and it has really strengthened up Spring Tide.

“I’d like to get Speed Call over 2000m if there is a suitable race and Spring Tide pulled up like he had had a track gallop, so I may turn him around pretty quickly. “Otis and Empire Of Patch will have their races spaced and work around the tracks that suit them.”

Despite a long day, with a runner in the first and the last of the 11-race card, Bambry was delighted to be back at the races. “It is a much quicker trip home when you’re winning,” she said.