Spring Tide bounces back to winning form at Trentham 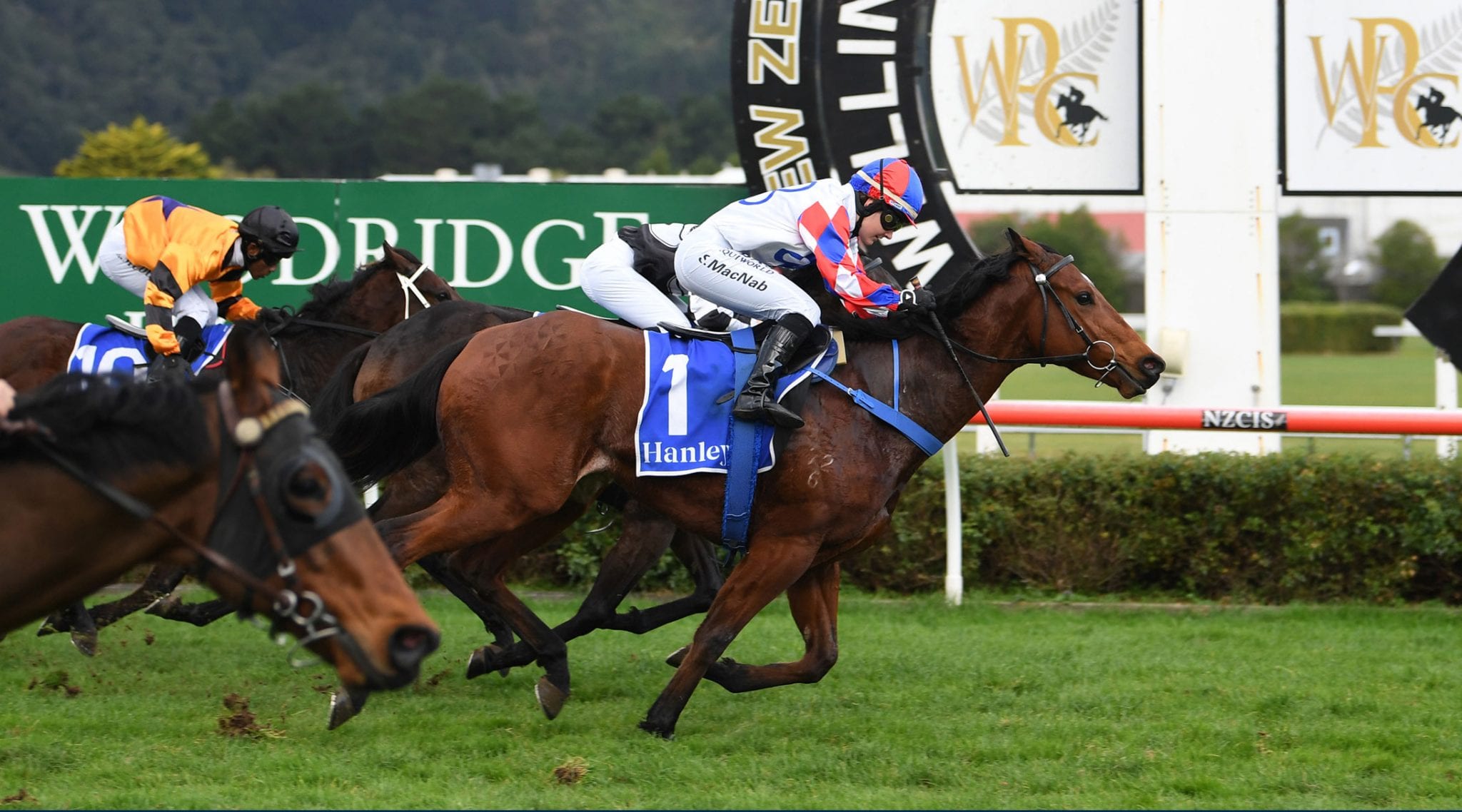 Talented New Zealand winter galloper Spring Tide returned to the form he showed this time last year when he lumped 61.5kgs to victory over 1000m at Trentham on Saturday.

The four-year-old son of Darci Brahma was having his second start in a new campaign after opening up with a creditable run for fourth at the venue last time.

Trainer Chrissy Bambry resisted the temptation to put a claiming apprentice aboard her charge to reduce his hefty impost, sticking with rider Sarah Macnab who had been aboard at his first up run.

Macnab judged her effort to perfection, settling Spring Tide in midfield before charting a course up the middle of the Trentham straight in the run home.

Race favourite Darci La Bella looked to be in for victory when she stole a march on her rivals at the 300m, however Spring Tide produced a resolute finish to collar her in the final stages with Casaquinman storming home against the outside rail to snatch third.

Bambry was pleased to see her charge bounce back to the form that saw him win three of his eight starts during his last campaign as she eyes up a bigger prize later in the winter.

“I was happy to keep Sarah on him today and not claim as he can be a bit quirky heading to the start,” she said.

“She had ridden him at the jumpouts and at his first run this time and handled him really well today.

“He is a horse that excels on a loose track but seems to handle most surfaces. His conformation suggests he is best in the wet, but we know he can really spring off a better track as well.

“We just need to manage him as he has a fair bit of ability and still has some maturing to do.

“I think he is a potential Winter Cup (Group 3, 1600m) candidate if he keeps progressing like he has.

“He went through the grades very quickly last year and ran into some good horses towards the end of his campaign, where he didn’t disgrace himself.

“I think he is stakes class at his best so that’s what we will have in our minds when we are placing him in this campaign.”

The victory also provided Macnab with the first leg of a winning double as she guided Floral Art home over 1600m in the following race.

Bred by The Oaks Stud, Spring Tide is a son of Traditionally mare Spring Fever and hails from an extended family that stretches back to outstanding Australian galloper Shaftesbury Avenue, who won six times at Group One level.