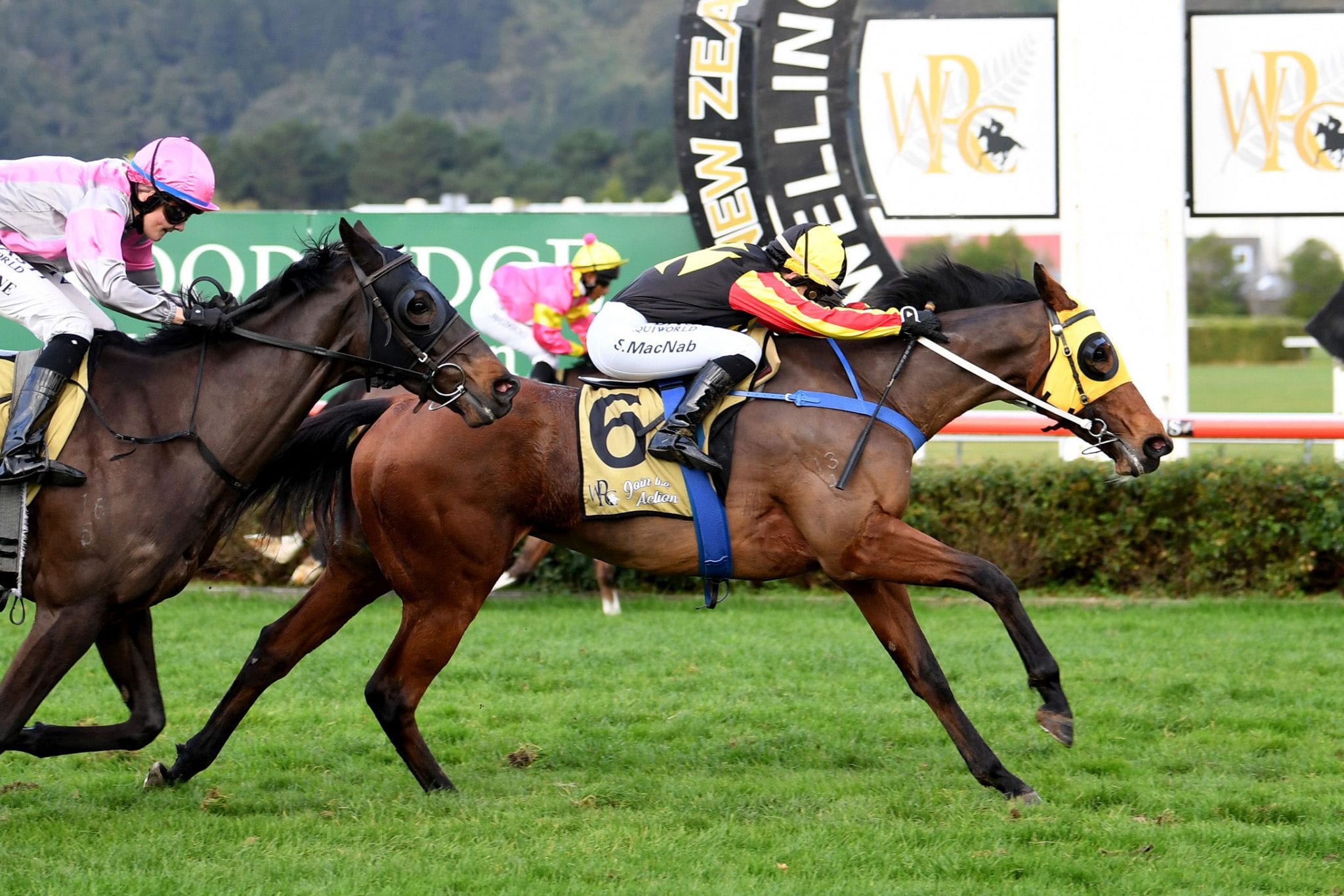 New Zealand trainer Peter Didham has revealed lofty ambitions for Trentham winners Floral Art and Far Site, after the pair provided him with a winning double on Saturday.

Winter track specialist Floral Art revelled in the Heavy11 surface presented on the day as she stormed home out wide to record her first victory since October 2019, while one race later Far Site followed a similar path to her stablemate in the home straight to capture a healthy winning bonus associated with the NZB Insurance Pearl Series sponsored 1400m contest.

Didham was delighted to see both mares strike winning form ahead of possible black-type assignments.

“It was a great day and particularly satisfying to see Floral Art back to her best,” he said.

“She had gone a good race for fifth first-up last month and although I was a little concerned she might still be one race short, she struck the track conditions she loves and just flew home to win.

“Her recent form reflects a couple of poor decisions I made last year chasing a start in the Winter Cup (Group 3, 1600m).

“We went down south and struck a dry track every time she ran. She tried her heart out, but she just isn’t anywhere near her best on that type of track.

“She had a good long break and has come back well so we’re going to have another crack at the Winter Cup with her.”

While Didham was pleased to see his charge get the win, he paid tribute to the ride of Sarah Macnab who also brought up a winning double after guiding Spring Tide to victory in the previous race.

“Sarah rode a tremendous race to get that win,” he said.

“She drew barrier one but got her off the fence nicely at the 600m, then put her in the right position in the run home.

“I know she (Floral Art) is back to near her best as she just put her head down, stretched her neck and tried her heart out to get that win.”

Didham is also keen to see Far Site tackle stakes company with the Listed Team Wealleans Tauranga Classic (1400m) the immediate option for her at Tauranga in a fortnight.

“It was nice to see Far Site winning again as she can be a pretty tricky mare, but she has a fair amount of ability,” he said.

“She is raced by Graeme and Ali Andrew, who purchased her off gavelhouse.com about a year ago for NZ$4,500.

“That is her third win for me and it came with a NZ$20,000 Pearl Series bonus which is a great result for everyone.

“She came home and licked the bowl clean on Saturday night so I might take a punt and take her to Tauranga for the stakes race there at the end of the month.

“If you look at her form, she has been very unlucky on more than one occasion, so if we could get some black-type with her, it would be the icing on the cake.”

Didham also advised that class mare House Of Cartier had come through her eye-catching run for fourth in the Listed AGC Training Stakes (1600m) at Whanganui in fine fettle but would now head to the spelling paddock for a break before getting ready for some spring assignments.

“House Of Cartier is having a break now before she comes back in the spring,” he said.

“We were really happy with her Whanganui run, so she can have a spell now before we get her back in for next season.

“I think it could well be her last campaign as she is likely to be put in foal and then race on before heading to the matron’s paddock.”