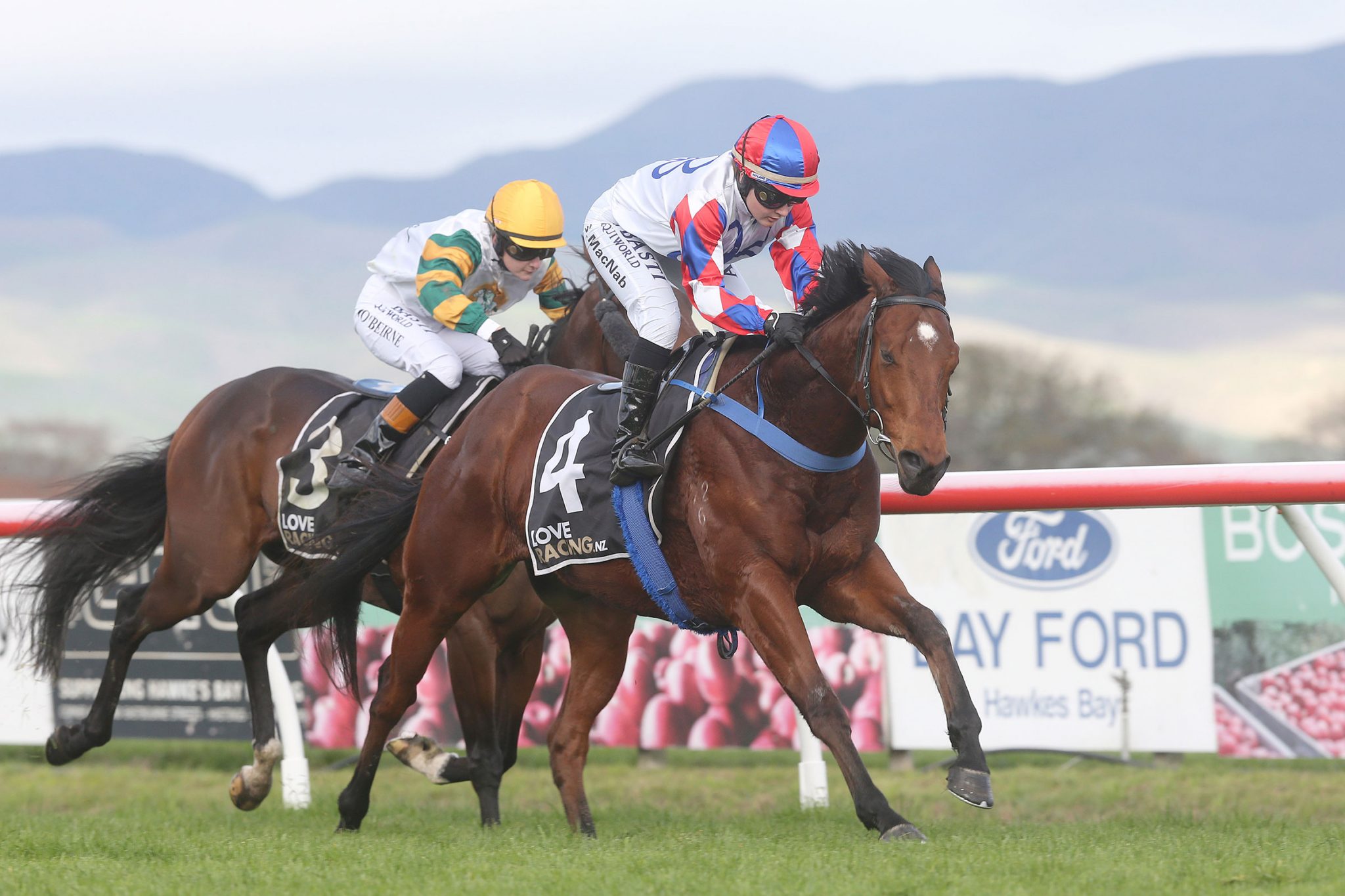 Spring Tide’s quick rise through the ranks in winter has persuaded Foxton trainer Chrissy Bambry to take an unscheduled crack at Group One company this weekend.

The five-year-old has been in great form, winning three of his last four starts, including a victory by five and a half lengths in an open handicap at Wanganui on September 4.

It was enough for Bambry to put in a late nomination for the Group 1 Tarzino Trophy (1400m) at Hastings on Saturday.

Spring Tide’s form has seen his rating rocket from 77 to 93 and it’s this rating which has in part convinced Bambry to aim high.

“Originally we were going to aim at the Group 3 Red Badge Sprint (1400m) on the last day at Hastings and then the Couplands Mile (Group 2, 1600m), but with his current rating he’ll nearly be topweight in any open handicap he goes to,” she said.

“So while he’s well and fit he’s worth a crack at the Group One.”

Spring Tide has won all of his races on soft or heavy going but Bambry said he’ll be competitive on dead footing as well.

“He won at Hastings on a slow 9 and I think he’s best on dead to soft footing,” Bambry said.

Sarah Macnab, who has been aboard for all three of Spring Tide’s 2021 winter victories, will retain the ride for the Tarzino.

Bambry is likely to be double-handed in the Tarzino as she has also nominated her hardy galloper Deerfield, who finished fifth in the race last year behind Callsign Mav.

“I was happy with his run at Wanganui. COVID messed up his plans and he probably should have had a trial and another race, so he’s probably two weeks behind where we’d like him to be fitness-wise,” Bambry said.

“He can be quite a cunning old bugger in training but he seems to know when it’s raceday and should bring his A-game, though he may need the run.”

Bambry also has a solid chance in the day’s other feature, the Group 3 Hawke’s Bay Breeders’ Gold Trail Stakes (1200m), with her consistent filly Bellacontte.

Imperatriz is likely to start a short-priced favourite in the Gold Trail Stakes following her Group 3 Northland Breeders’ Stakes (1200m) victory but Bellacontte also comes into the race with stakes-winning form, having taken out the Listed O’Leary Fillies Stakes (1200m) at Wanganui on September 4.

However, Bambry said Bellacontte’s main aim for spring will be the Group 1 Barneswood Farm 49th New Zealand 1000 Guineas (1600m) at Riccarton on November 13.

“She’s definitely not screwed down for the race on Saturday because it’s not her main target, but I’d expect her to be there or thereabouts,” she said.

Bambry’s other Hastings runner will be Lord Esperanza, who will contest the Rating 65 1600m contest after winning his maiden at Hawera on September 3.

“He’s trained on well but it’s hard to win two in a row, especially jumping up a grade,” she said. “If he ran in the top half of the field I’d be happy.”