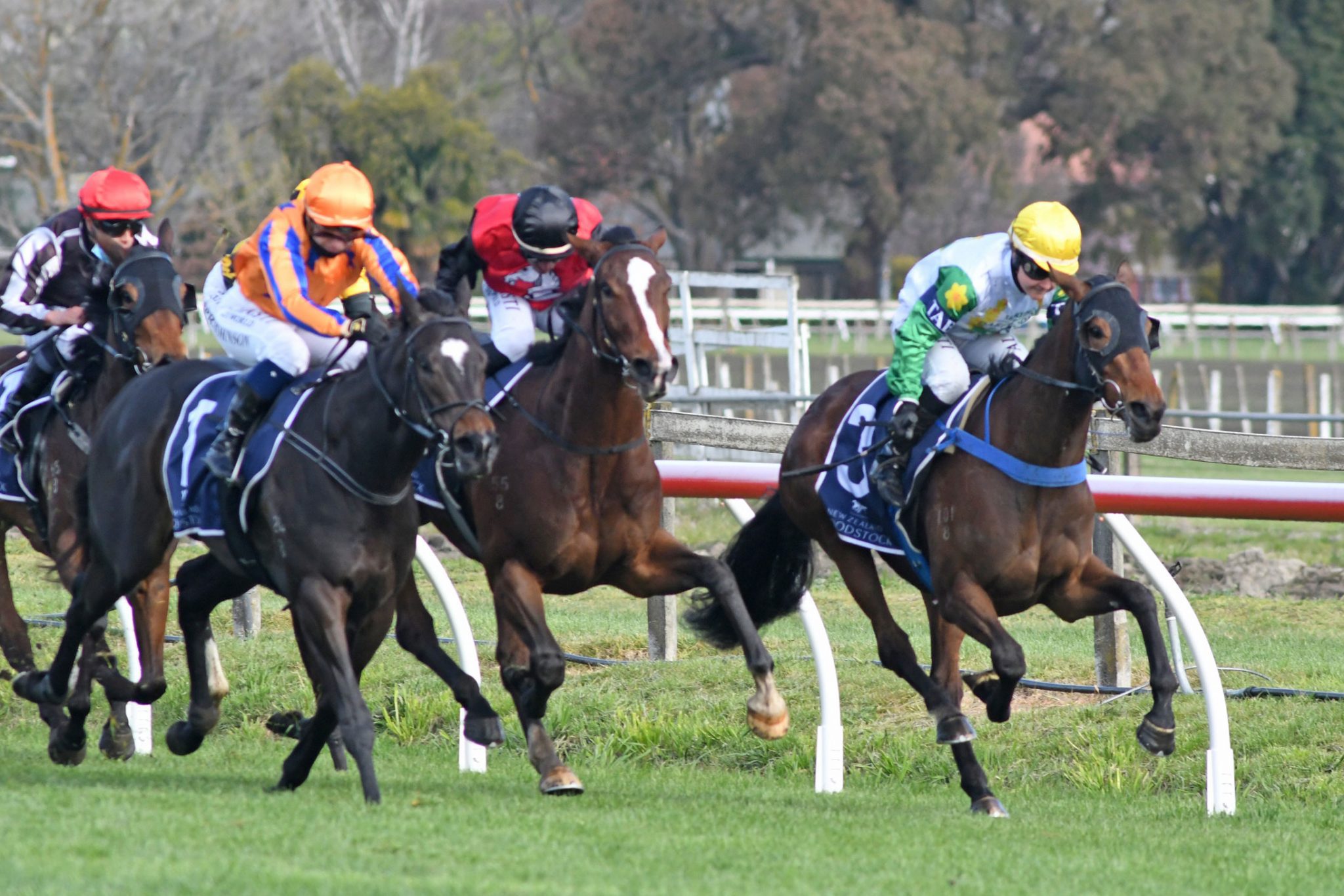 Rider Sarah Macnab produced a gem of a ride as she guided under-rated filly Bellacontte to a thrilling victory in the Group 3 Hawke’s Bay Breeders’ Gold Trail Stakes (1200m) at Hastings.

The Chrissy Bambry-trained daughter of Burgundy went into the Group Three feature off the back of a gritty win in the Listed The O’Learys Fillies Stakes (1200m) at Wanganui at the start of the month and paid a generous +2070 for the win, despite being a last-start stakes winner.

Macnab had pierced through an inside gap to win that day and repeated that on Saturday as she cuddled up her mount until the final 200m before charging home along the rail to nail victory.

Cambridge visitor Mustang Valley also had trouble securing a clear path in the home straight and charged late to snatch second ahead of race favourite Imperatriz, who looked the winner at the 100m, but was out-finished late in the piece.

Macnab has been aboard Bellacontte in all three of her career victories and was confident of a win if she had some luck in the home straight.

“I was going to be pretty unlucky if the gap didn’t come as I was up on heels, but she sprinted so well when it opened up,” she said.

“She just does everything so easily and you can ride her anywhere.

“When the gap opened, she just sprinted away from them.”

Bambry was quick to praise the ride by Macnab in securing victory for Bellacontte.

“That was just bloody marvellous, she rode her a cracker and just loves this little filly,” Bambry said.

“She is just the coolest filly to do anything with and to beat a field like that is pretty special.

“I’m rapt for Ben Kwok (owner) who bought her as a foal at foot off gavelhouse.com and her dam has just tested positive in foal to Circus Maximus (new stallion at Windsor Park Stud), so it’s a great result all round.

“Her coat is still coming out and she doesn’t look like she is ready, but she just loves to be a racehorse.”

Bambry confirmed her charge was on target for the Group 1 Barneswood Farm New Zealand 1000 Guineas (1600m) at Riccarton on November 13, where she is currently a +1100 chance in the Fixed odds market.

Bellacontte is raced by Singapore-based businessman Ben Kwok and is out of the Tavistock mare Devon Doll. She comes from an extended family that includes Group 1 Telegraph Handicap (1200m) runner-up Tootsie and stakes performers La Rose Noir and No Excuse Maggie.

The victory also earns Bellacontte eight points in the New Zealand Bloodstock Filly of the Year series as she becomes the early leader after the first event in the 11-race series.

Bambry later went close to making it an incredible day when Spring Tide charged home late to be denied narrowly in the Group 1 Tarzino Trophy (1400m) by favourite Callsign Mav.

The Central Districts horsewoman confirmed that she is likely to late nominate Spring Tide for the Group 1 Windsor Park Plate (1600m) should he come through the run well.

Bambry is one of the rising stars of the trainers’ ranks and success at black-type level is sure to attract more owners to the stable.

“The last couple of weeks has been a bit of a buzz. We have been working 18 horses this week and to have four here on a premier day is pretty special, especially to have live chances in the Group races and to have them perform like they did is pretty amazing,” Bambry said.