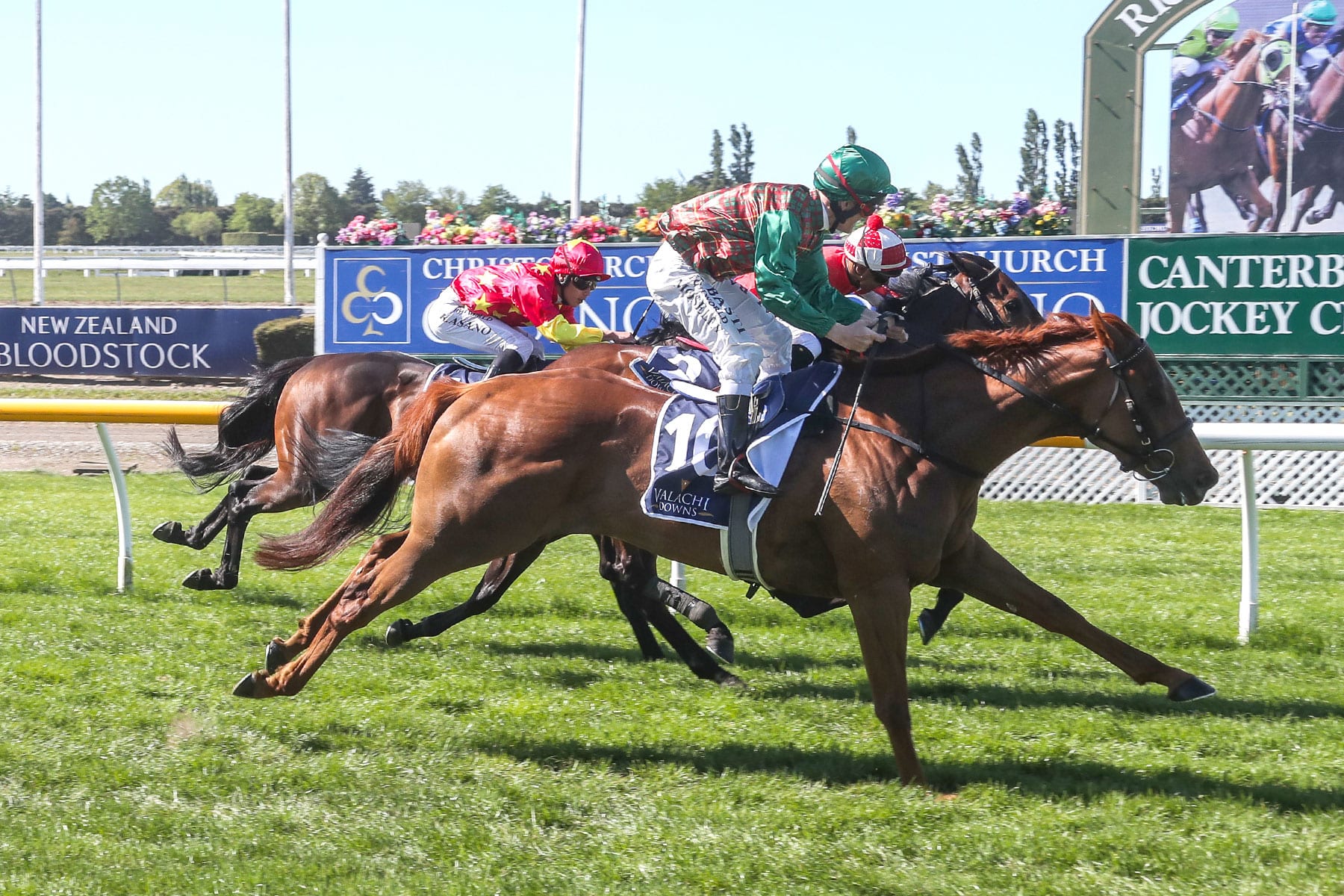 Cambridge visitor Vitesse Bo caused a minor upset when she defeated some well credentialled age-group classic contenders when taking out Saturday’s Group 3 War Decree Stakes (1600) at Riccarton. The younger half-sister to Group 1 Levin Classic (1600m) winner Travelling Light was having just her third start as she registered career victory number one with a dogged performance.

The Ben Foote-trained Proisir filly relished the wide-open spaces at Riccarton as she settled in a handy position before issuing a challenge four out from the fence rounding the home bend. Favourites Unition and Marine had set down to a tooth and nail battle before Vitesse Bo chimed in to swamp them both by a head at the post.

Foote was at Te Rapa with stablemate Babylon Berlin and had to watch the race on television but was delighted with the performance after not being overly confident before the race. “I thought she would go pretty good but I didn’t really think she could win like that,” he said. “She has done nothing but improve since her first start and last time she got beaten by a good one in Kelly Renee so that gave me more confidence. “We also knew she would love the big track so we decided to send her down there rather than run at Te Rapa today.”

Bred and owned by Col and Ian MacRury, who also race Travelling Light, Vitesse Bo has the Group 1 Barneswood Farm New Zealand 1000 Guineas (1600m) as her next assignment, with Foote hoping to go two places better this year after Travelling Light finished third in the race last season.

“She is a different type to Travelling Light as she is at least 80kgs heavier than her and just a different horse,” Foote said. “She’s staying down with Terri Rae and she said she had settled in well and was eating everything in sight, which is just like her as she is a bit of a pig with her feed. “She has gone a strong mile today so the 1000 Guineas shouldn’t hold any fears for her, she just has to rise to that class.

“Sam Beatson from Riversley Park broke her in and he told me she was definitely the best we had had out of the mare. “I wasn’t too sure about that as Travelling Light went and won the Group 1 so I was thinking she has a bit to live up to now.”

Foote had hoped to have two runners in the 1000 Guineas but will now concentrate on the sprint distances with Babylon Berlin after she over-raced badly in the trail before finishing fifth in the Group 2 Waikato Stud Soliloquy Stakes (1400m) at Te Rapa.

In a changing market, bookmakers tightened Vitesse Bo into a $10 quote on the Fixed Odds market for the 1000 Guineas behind favourite Tinker McPhee ($2.80), who drifted slightly after finishing third in the Group 2 James & Annie Sarten Memorial (1400m) at Te Rapa later in the day.