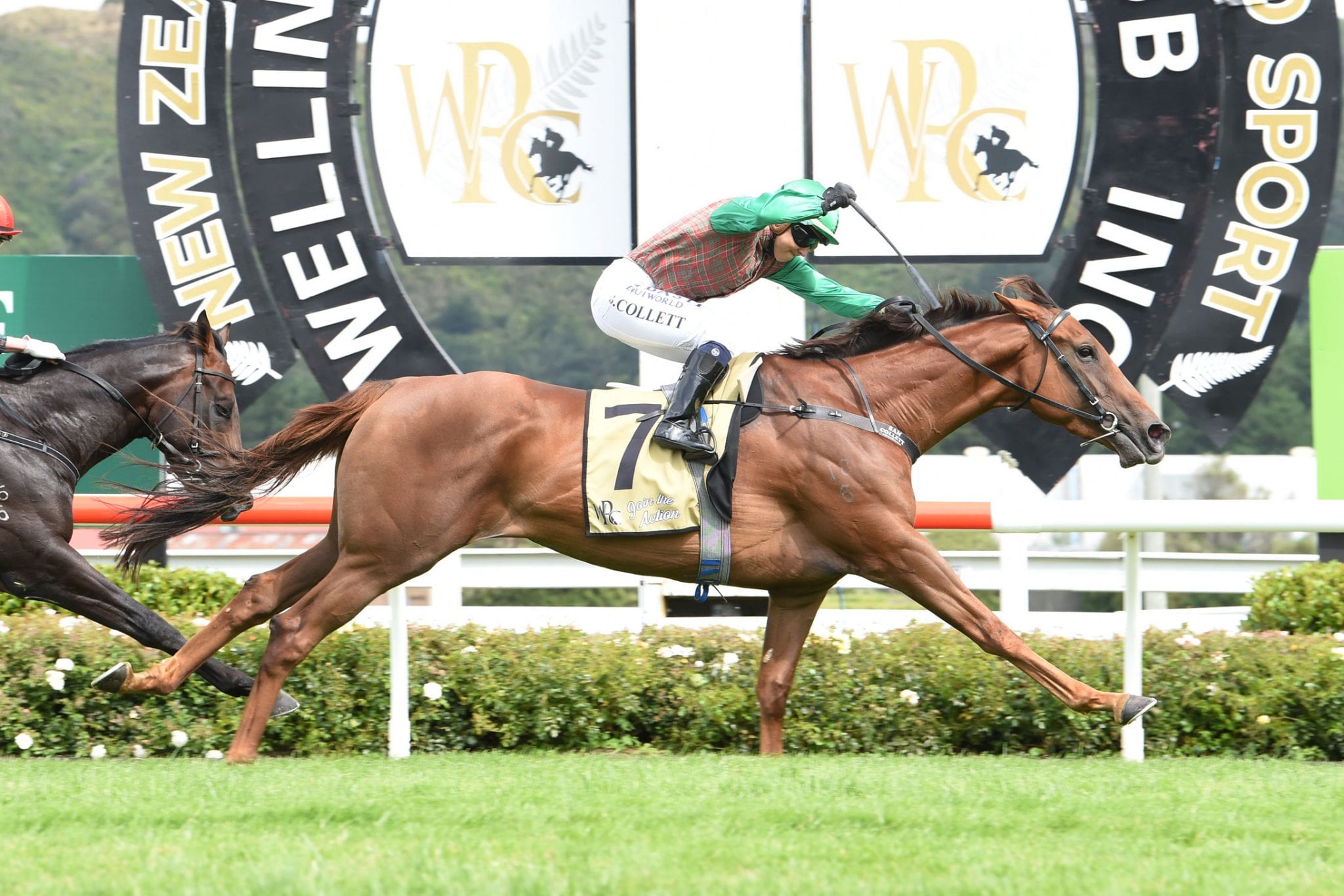 A talented horseman, whose primary focus has been pre-training, preparing ready to run horses and trade horses, Foote’s training operation continues to go from strength to strength despite only having a handful of race day runners.

Foote was quick to pull the pin on a spring campaign with last season’s Group 1 Levin Classic (1600m) winner Travelling Light after the mare finished down the track in the Group 2 Foxbridge Plate (1200m) on her seasonal return.

That was the only occasion the daughter of El Roca had finished out of the money, as a winner of five of her eight starts, with a further two placings. “We have just stepped her work up last week to a bit of half pace and she is heading towards the Westbury Classic (Group 2, 1400m) on Karaka Million night,” Foote said.

“There was a couple of different things not quite right in the spring and she seemed a little unsettled last time, but she is much better now. “She is holding her condition very well now and I think it just took her a little bit longer to get over her three-year-old season. I’m certainly confident going forward anyway.”

Foote expects Group 3 War Decree Stakes (1600m) winner Vitesse Bo to be most effective over ground this campaign. The daughter of Proisir is a year younger half-sister to Travelling Light, but a different style of filly, who has come through her sixth placing in the Group 1 New Zealand 1000 Guineas (1600m) in good order.

“She is going to go straight to the Desert Gold Stakes (Group 3, 1600m) at the end of January,” Foote said. “We are targeting the Oaks (Group 1, 2400m) with her, unless we look at the Derby (Group 1, 2400m). “She is definitely a horse that wants to go over ground. Even in the Guineas she got out sprinted a little bit and found the tempo of the race a bit too slow. She needed a hard run race to suit her. I think the first half-dozen horses in the run, everything dropped out except for her, she came again at the line. “Fresh over a mile in the Desert Gold, she will be certainly be in it I think.”

Lightly-raced filly Bablyon Berlin is also nearing a return, with Foote to focus on short-course racing. A winner on debut, Babylon Berlin finished third in the Group 3 Gold Trail Stakes (1200m) behind Miss Aotearoa and Sweet Anna at her second start but punctured when extended to 1400m when finishing fifth in the Group 3 Soliloquy Stakes.

An early target for the daughter of All Too Hard will be the Group 3 Cambridge Stud Almanzor Trophy (1200m) on Karaka Million night. “She is pretty forward and will have a trial. There is a slight chance she might race before then because she has come up quite quickly,” Foote said.

“I’m definitely looking forward to her stepping out again. There isn’t enough of those sprinting races for three-year-olds. Unless you have a staying three-year-old filly it is hard to place them now. You have to target certain races. The main thing with her is that she is a nice relaxed horse in her trackwork but come raceday she likes to get along a bit.”

Foote will also have a pair of runners at Pukekohe on Wednesday and has a good opinion of first starter Game Patrol, who steps out in a 1400m maiden. “He is a pretty good type of horse by Contributer and we have him nominated for the Derby so he should put his hand up tomorrow,” Foote said. “I’m looking forward to him getting over a bit more ground but hoping he will definitely put his foot forward tomorrow.”

Moneyripper will also represent the stable and is a late-bloomer, making his debut as a five-year-old over 1600m. “He had an injury to a hind leg as a younger horse and he is just a staying type really. That is why he is starting over a mile first up,” he said.

Meanwhile, Foote is still coming to terms with the performance of Golden Sixty in winning the Group 1 Hong Kong Mile (1600m) in dominant fashion on Sunday — a horse he pinhooked as a yearling and prepared and sold as a Ready To Run horse in conjunction with good friend Sam Beatson of Riversley Park.

“I had goosebumps watching it,” he said. “It was a really massive thrill. I’ve taken it all in so far but the other night it hit me that those horses come along hardly ever. “I text Sam right away and it is big for us because we need to buy and sell horses like that. Going forward for us it is massive because without a doubt he is the best horse to come out of the Ready To Run Sale, and there have been some pretty good ones.

“I only had him for a little bit early on but Sam always rated him highly. He was a very precocious type of horse. You couldn’t get up him too much, he had to do it himself. That is why we think Francis (Lui) has done an amazing job to get him to relax and settle.

“There is no doubt we knew he was very good, but looking back now, even the horse we breezed him with, Notabadidea, has been stakes placed and has won three races in Australia, and Golden Sixty comfortably had his measure.”