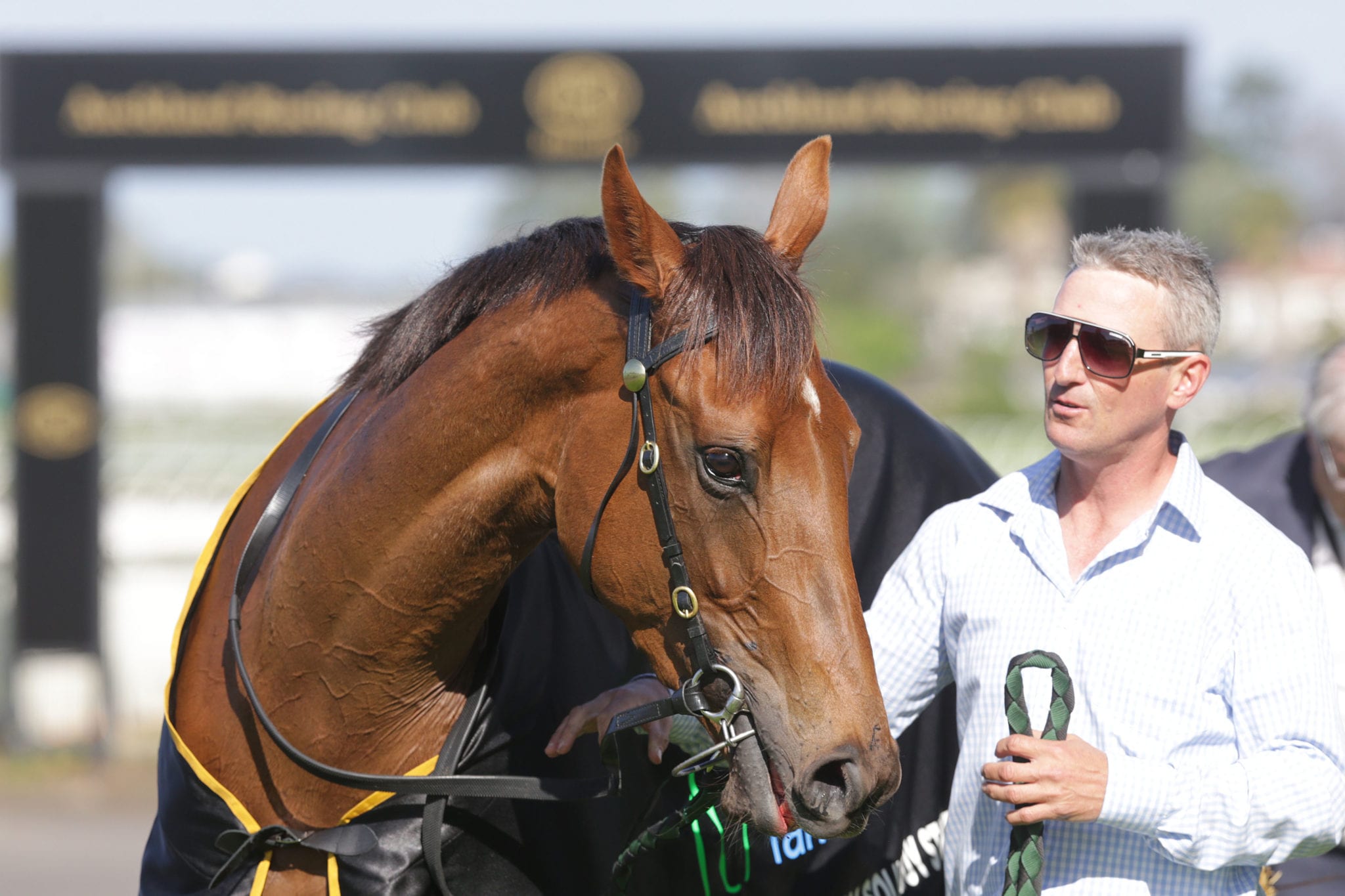 Scrapbook or Cheque book. It’s a dilemma that faces the majority of New Zealand owners and trainers when they have a promising galloper and a flood of overseas money comes knocking. For Cambridge trainer Ben Foote, he has recognised he is firmly in the camp of the latter and therefore it is a rarity for the jumps jockey-turned trainer to have his name associated with a Group 1 contender.

Travelling Light is a well-supported $3.20 favourite for the Riccarton Park feature on the back of an impressive win in the Group 3 Soliloquy Stakes (1400m) and earlier victories at Matamata and Taupo. “I consider myself a pre-trainer really now. It is how I make a living in the main, so to have a horse like this for a really good friend of mine in Coll MacRury is pretty special,” Foote said. “He wouldn’t give it to anyone else to train, which is the only reason why I am training her. I generally only like to have a couple of horses that I am taking through to the races, so to have a horse of her calibre and in a race like this is a pretty big deal to me.”

Foote made an auspicious start to his training career with his first winner, Validify, landing the Listed Fairview Ford Stakes (1000m) at Te Rapa in 2001, but the talented horseman soon battled to replicate those highs. “I was disqualified back in 2003 and then I just battled. I was a struggling trainer like most of them for years until I started doing a little bit of buying and selling and then I realised, this is where I make my money,” Foote said. “I have some big Hong Kong and Singapore clients and I do pre-trainers for Stephen Marsh, who has just been amazing in terms of giving me the work and everything we own part-of goes to him now.”

Foote credits good friend and renowned breaker, pre-trainer and breeze-up consignor Sam Beatson for steering him on the path to being more trader than trainer. “It was probably a little bit to do with Sam Beatson to be honest. We bought a horse together at a small Gold Coast sale about eight years ago and we did well out of it and our partnership just grew from there. “I started working in with him and doing a lot of ready to run horses.”

Foote, who prepared Ego to win the Group 2 Concorde Handicap (1200m) labels the win of Amanood Lad in the 2014 Great Northern Steeplechase (6400m) as the most satisfying in his training career, but said the light-bulb moment to focus on trading came not long after. “I had Amanood Lad and he won the Great Northern, but then it was just too hard putting all the effort into training when I was preparing all of these young ones.

“We’ve had a golden four or five years between myself and Sam. We had Sumstreetsumwhere who I won a trial with and we couldn’t sell him. We gave him to Marshy and he won a Group 2 and we sold him after that. “Stephen keeps my barn full and all of mine and Sam’s horses go to him and we have about seven or eight in work with him at the moment. “In this past year we’ve had Factor Me In, who looked like a real Derby contender and another progressive horse in William Scott who we raced that were both sold to Hong Kong. “We have had quite a few that we have traded off jumpouts but we also own shares in Chief Sequoyah, who runs in the New Zealand Cup (Group 3, 3200m) for Stephen on Saturday.”

Foote said things had gone smoothly with Travelling Light, who has been in the South Island since last week. “She’s quite amazing really. She used to be a bit of a funny eater. She would leave a bit of feed. But from the day she won her first start at Taupo, she has turned into a big eater. She has thrived with pressure which is pretty unusual. Most horses do the opposite. “We arrived in Christchurch last Wednesday and it probably took her a couple of days to settle in but she has fitted right in after that and I am really pleased with her. “She is usually good from the gate and she can slot in anywhere from the draw (barrier 9), so I am looking forward to Saturday.”

Should Travelling Light salute on Saturday, don’t expect Foote to be painting the town red for the following week. With a fair investment in a number of horses under Beatson’s Riversley Park banner at next week’s New Zealand Bloodstock Ready To Run Sale, it will be strictly business. “The parades will start about 8:30am on Sunday morning and Sam is relying on me to be there,” Foote said. “Financially it is huge, even compared to the 1000 Guineas.”