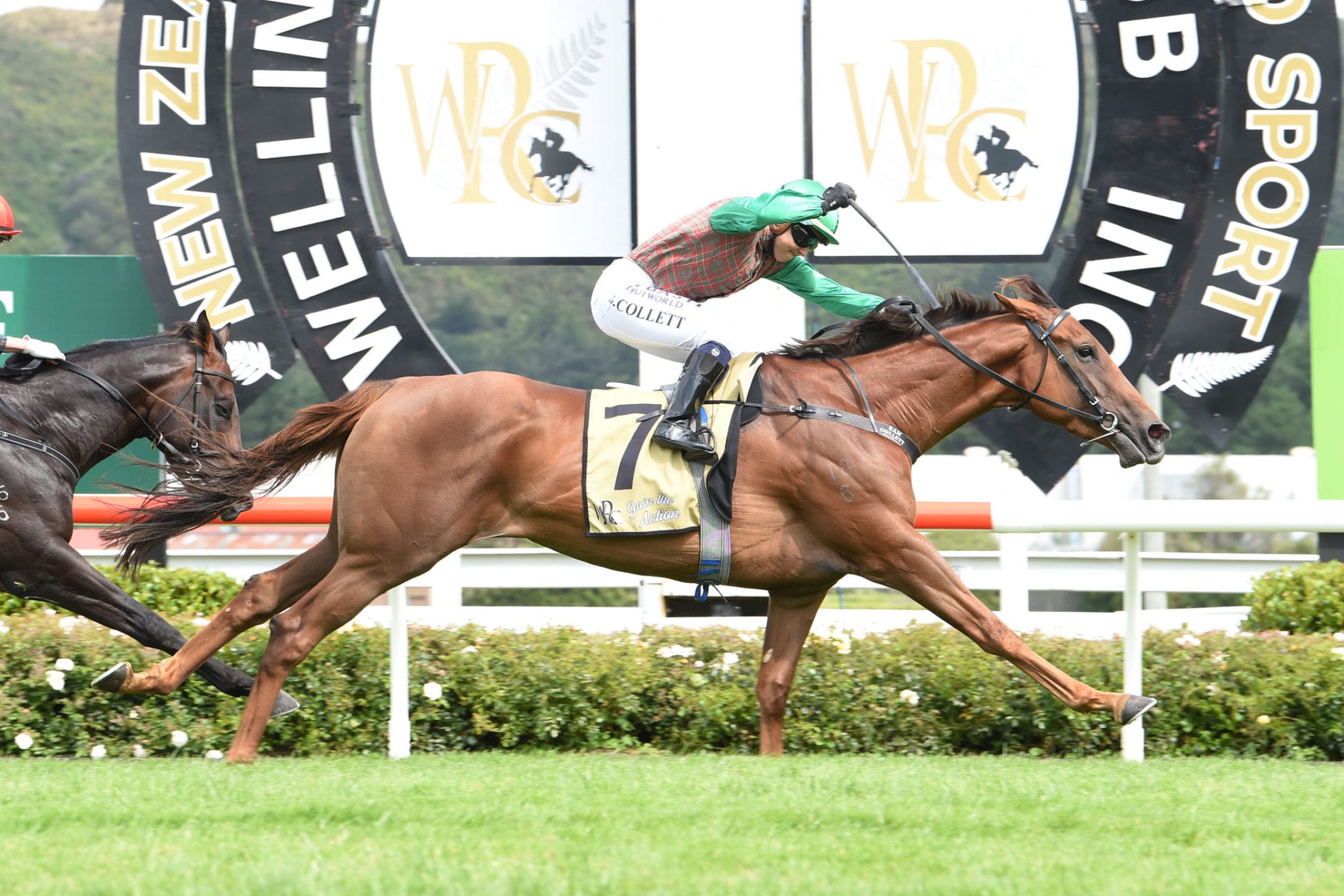 Travelling Light has dealt with her male rivals in the Group One Levin Classic for three-year-olds at Trentham to give her trainer a first win at the highest level.

Ben Foote, a former top jumps jockey in New Zealand, said he and jockey Sam Collett had discussed tactics which worked to perfection.

The filly’s win was also a first for Travelling Light’s sire El Roca, a dual Group One placegetter in Australia.

Travelling Light finished third in the NZ Thousand Guineas and was the second favourite for Saturday’s 1600m-race.

Collett had Travelling Light back on the fence on a muddling speed before tracking up behind race favourite Harlech approaching the home bend.

Harlech took over with 300m to run and looked to be travelling comfortably but Collett was biding her time on Travelling Light who pounced and went on to win by a length.

“It was a great ride by Sam as it was what we had talked about doing,” Foote told NZ Racing Desk.

“When she ended up there (fence) I was pretty happy.

“I was confident she could run Harlech down but I was surprised at how slow they had gone early on.

“I thought she ran it out strongly so we’ll go back and talk it out as we have a few different options with her now.”

It was the second Group One prize for Collett who took out the 2019 Auckland Cup (3200m) on Glory Days and she was glowing in her praise for Travelling Light who she has ridden to four of her five wins.

“It couldn’t have gone any better than if I had asked,” she said.

“I really wanted to be the one doing the chasing and it’s full credit to Ben as she looks absolutely amazing and she is something special.

“When I got out, she gave me about four strides before she got herself organised but then she locks in on where she’s off to and she does the rest herself.

“She’s just got amazing tenacity and is a rider’s dream. She never overtaxes herself and she feels as though she has got an endless gas tank.”